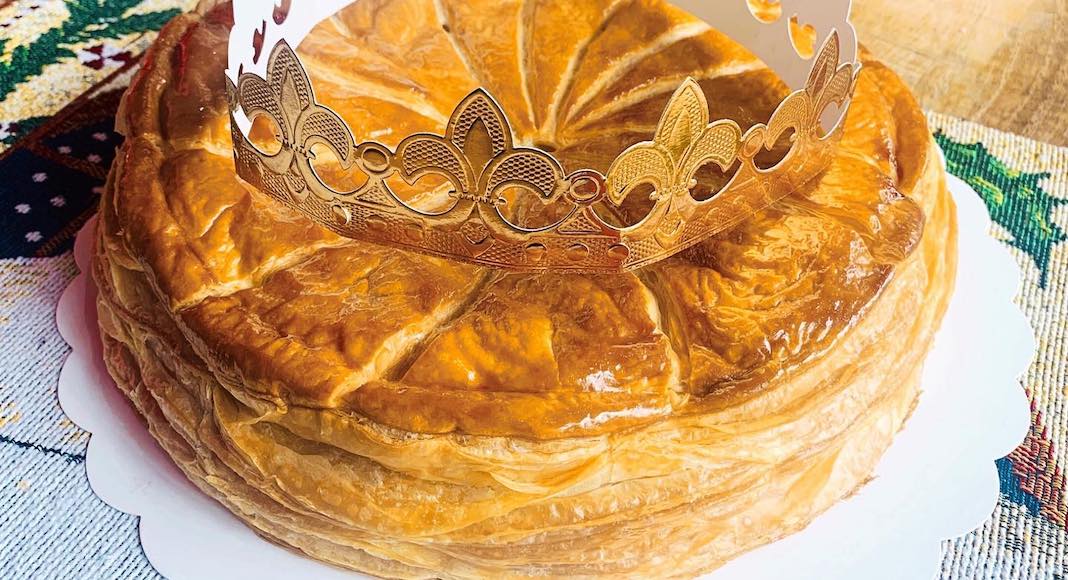 Where to Get Galette des Rois in Miami 2020

Now that we’re done with bûche de Noël, it’s time for galette des rois and Épiphanie (epiphany). The king cake, as it’s called in English, crowns the end of the holiday season on Sunday, January 5 but you can continue to get it all month. Here’s where to get a good galette des rois in Miami.

At Mirabelle‘s in Downtown Miami, foodies will find two kinds of galettes des rois concocted by pastry chef Georges Berger, meilleur ouvrier de France: one with almond cream and the other with pistachio cream. One galette feeds up to 8 people ($28 – $31). — 114 SE 1st St, Miami (786-440-6561)

In Midtown, Corine Lefebvre and her husband Joël honor the South of France by offering the couronne des rois at Buena Vista Deli. This brioche cake is covered with sugar and candied fruit. The establishment also offers a traditional frangipane galette. One size can serve 6 people ($28) or 12 people ($48). Fèves and crowns are also available. — 3252 NE 1st Ave Suite 107, Miami (305-576-3945)

As they do every year, Corentin Finot and Claude Postel, the co-founders of Café Crème in North Miami, feature galettes made in the pure tradition, following a recipe with almond cream and not frangipane. Several sizes are available, serving from 4-20 people ($18 to $90). — 750 NE 125th St, North Miami (786-409-3961)

Frangipane lovers will enjoy galettes from La Bonne Adresse in Hollywood, made by pastry chef Julien Van Steenwinckel and his sister Émilie. Each one serves 8 people ($42) and comes with a fève and a crown. There’s also an individual portion ($5.50). — 2003 Harrison St, Hollywood (954-927-6458)

In partnership with the French-American Chamber of Commerce of Florida (FACC), Madeleine & Co is organizing a galette competition, with several bakers from Miami and its region in attendance. The competition will be held on Thursday, January 16 from 6 p.m. to 8 p.m. at the Grand Beach Hotel in Surfside. — 9449 Collins Ave, Surfside; Info and reservations here