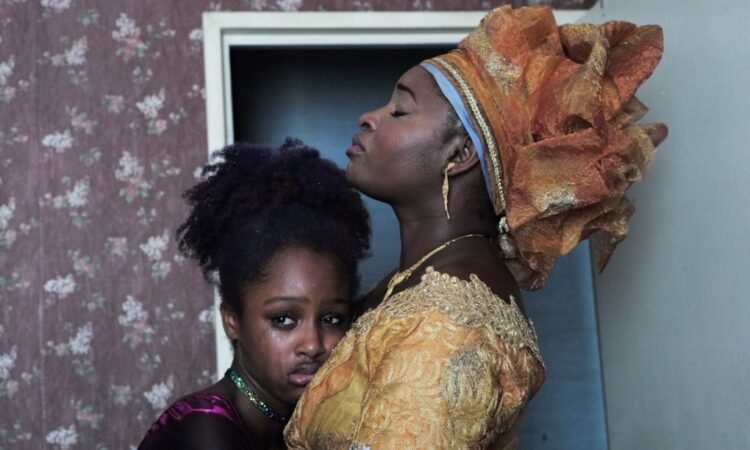 There’s a lot to watch out there. But not a lot that’s good, or, for that matter, French. Look no further. Here are the 10 best French films currently streaming for free. Catch them while you can!

With sparkling summertime Cannes as its backdrop, Rebecca Zlotowski’s 2019 film stars Mina Farid as Naïma, a 16-year-old whose world opens up to include older men, yachts, and sumptuous meals at exclusive beachside restaurants, when her gorgeous, free-spirited cousin Sofia (Zahia Dehar) comes to town.

Stream it on Netflix.

Benoît Jacquot’s acclaimed 1995 day-in-the-life drama takes inspiration from the French New Wave, following a young Parisian woman (Virginie Ledoyen) in real time over the course of a day, when she starts a new job at a four-star hotel and tells her boyfriend (Benoît Magimel) that she’s pregnant.

Stream it on Amazon Prime.

Stream it on Amazon Prime.

In Abdellatif Kechiche’s 2013 movie about the enduring power of first love, 15-year-old Emma’s (Adèle Exarchopoulos) world is turned upside down when she meets and falls for a blue-haired older woman (Léa Seydoux). Charting the ups and downs of the relationship between the two women over several years, the film won the Palme d’Or at Cannes for both its director and two stars, and Exarchopoulos won the César for Most Promising Actress. Controversially, the lesbian sex scenes were criticized by some as the explicit, overlong fantasies of its straight male director.

In 1960, the world discovered director Jean-Luc Godard—and cinema was never the same. The bad boy of the French New Wave turned the conventions of American crime movies on their head with the story of Michel (Jean-Paul Belmondo in his breakout role), a small-time crook running from les flics, who falls hard for an American student played by Jean Seberg, with her famous blond pixie haircut and American-accented français. The doomed love on the lam story of Michel, who sees himself as a French Humphrey Bogart, and Patricia, with its stylish cinematography, jump cuts and jazz score, is still considered one of the best films ever made.

Writer/director Maïmouna Doucouré takes on the sexualization of girls in the Internet age with this coming-of-age tale. 11-year-old Amy (Fathia Youssouf Abdillahi), a Senegalese Muslim girl caught between her religious upbringing and yearning for secular freedoms, joins a dance group known for their tight outfits and provocative moves swiped from online videos. When Netflix released an ad featuring the girls in racy attire, the film was attacked for its sexualization of young girls. Petitions were signed. The director received death threats. While at times hard to watch, the film offers a worthwhile and thoughtful critique of the way social media preys on girls today, making them believe that looking and dancing like Beyoncé is the magic spell that will bring happiness and popularity.

In Jérémy Clapin’s strange, poetic, and totally unique animated film for adults, a severed hand searches for its body. The hand’s journey is intercut with flashbacks to life when it was still attached to Naoufel, a Moroccan orphan who moved to Paris when his parents were killed in a car accident. The film was nominated for numerous awards, including the Oscar for Best Animated Film. It won Césars for Best Animated Film and Best Score and was the first animated film to win the 2019 Nespresso Grand Prize at Cannes.

If you haven’t yet seen Céline Sciamma’s stunning film, put it at the top of your list. I’ll go one step further: Watch it tonight! 18th century painter, Marianne (Paris, 13th District’s Noémie Merlant), is hired to act as a companion to aristocratic Héloïse (Adèle Haenel), while secretly painting the girl’s portrait, which will be sent to the Italian fiancé she’s never met. The pair inevitably falls in love. However, it is a time before women had control over their lives, their bodies, and whom they loved so there is never any question of their staying together, their fates are sealed. But their enduring love is as beautiful as any other to be seen on film.

Another New Wave classic that’s not to be missed, François Truffaut’s semi-autobiographical directorial debut from 1959 follows young Antoine Doinel (Jean-Pierre Léaud), a rebellious and misunderstood adolescent who lies, steals, fights with his parents, skips school and eventually gets thrown into a home for troubled boys. The film is beloved, influential, and considered one of the best of all time. Acclaimed Japanese director Akira Kurosawa called it, “one of the most beautiful films that I have ever seen.” Truffaut made four sequels with Léaud playing Antoine in various periods of his life: Antoine and Colette, Stolen Kisses, Bed and Board, and Love on the Run.

I confess I haven’t seen this one, but the 2011 film—starring François Cluzet as a rich quadriplegic and Omar Sy as a fun-loving ex-con who becomes his caregiver—is one of the top grossing French films of all times. That it’s based on a true story makes the concept all the more touching. Sy won a César for Best Actor. The trailer made me cry. It’s first on my list.