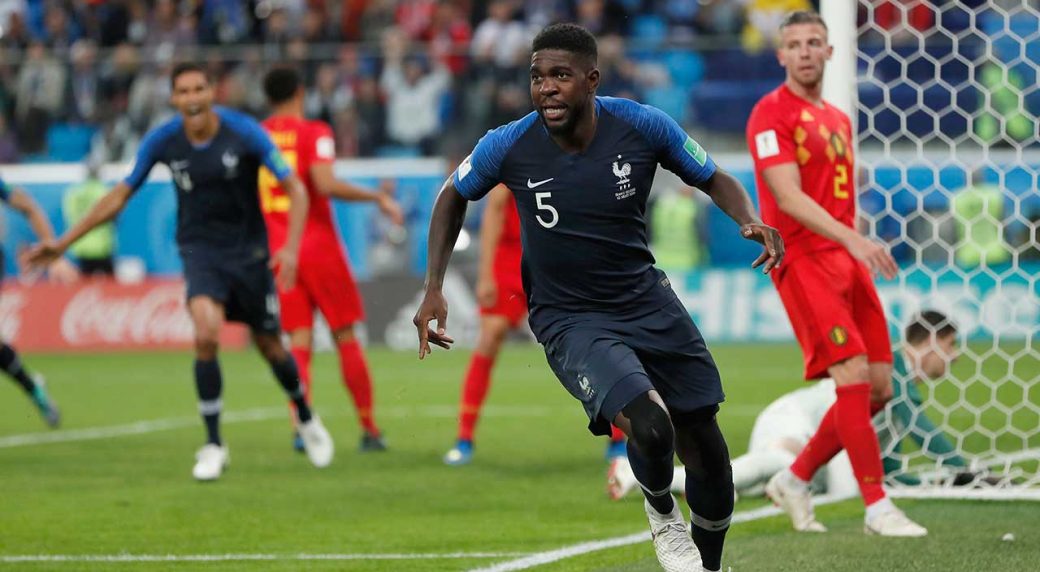 Les Bleus have only one hurdle left to jump on the race for a World Cup title. After snatching victory from Belgium on Tuesday, the French team will face Croatia on Sunday July 15, at 11am (EST) in the World Cup final. Here is our selection of establishments in Miami where you can support Didier Deschamps’ squad.

Where to watch with Team France fans

Fall in line and support Les Bleus! The spot to be is Bouchon du Grove, a typical establishment in the image of famous Lyon restaurants, located in Coconut Grove, where you won’t miss a second of the game.
Le Bouchon du Grove – 3430 Main Hwy, Miami – 305 448 6060

Villa Azur in Miami Beach is changing their hours just for the event. The French establishment will open its doors before the usual time to allow soccer lovers to come and cheer on Les Bleus with a glass of beer in their hand.
Villa Azur – 309 23rd St, Miami Beach – 305 763 8688

In Fort Lauderdale, the fans of the tricolore team will meet at Nanou Bakery. The French bakery is offering fans the opportunity to watch the World Cup final over pastries.
Nanou Bakery – 2915 E Las Olas Blvd, Fort Lauderdale – 954 470 2191

Refined French cuisine and a lively ambiance be at the rendezvous at Buena Vista Deli in Miami where the supporters of the French team will be able to catch every moment of this final game.
Buena Vista Deli – 4590 NE 2nd Ave, Miami – 305 576 3945

No less than ten giant screens, food-trucks and cocktail bars await you at the Wynwood Marketplace, right in the heart of Miami’s street art district. The festivities will continue after the match to the sound of several local DJs.
Wynwood Marketplace – 2250 NW 2nd Ave, Miami – 305 239 8833

Enjoy the festivities with your feet in the water. Yachts, kayaks and stand up paddle boards will converge on Haulover Sandbar in Miami Beach where the World Cup Final will be broadcast on a huge floating screen.
Haulover Sandbar – Entre Sandspur Island et Haulover Park, Miami Beach

In the Design District, you can also enjoy the beautiful weather to watch the final of the competition in the open air, on a giant screen installed on Paradise Plaza.
Paradise Plaza – 151 NE 41st St, Miami

Nearly 200 fans are expected at the Urban Soccer Five sports complex in Miami where a fan zone with two giant screens and bleachers has been set up. Barbecue, drinks, and a pétanque tournament will also be part of the day.
Urban Soccer Five – 1125 NW 71st St, Miami – 786 253 2888

The Fadó Irish Pub will be taken over by soccer fans. The Irish establishment in Brickell will offer prizes for the people who make the best predictions about the game.
Fadó Irish Pub – 900 S Miami Ave, Miami – 786 924 0972