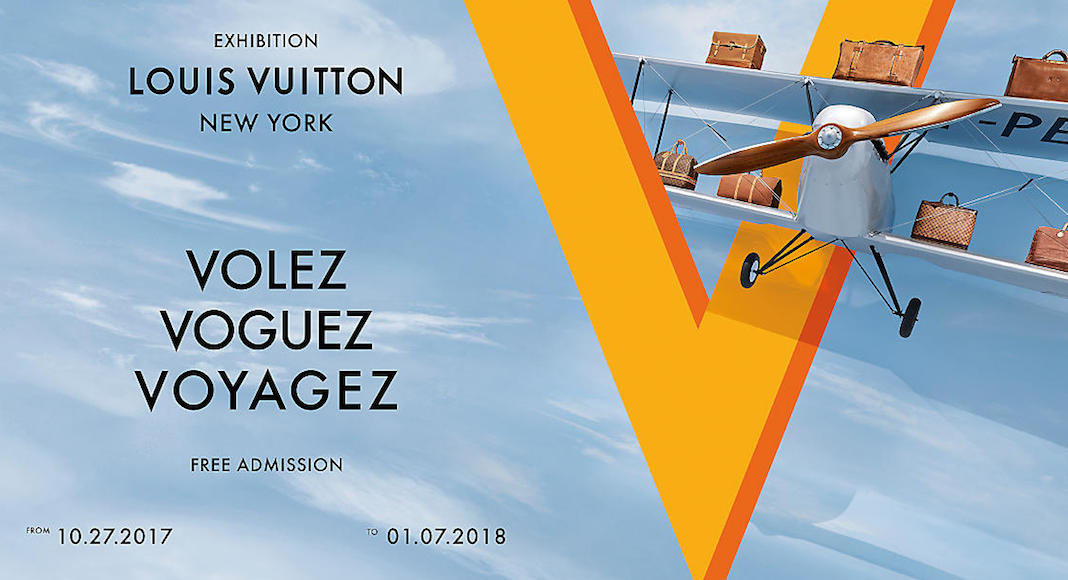 Louis Vuitton has chosen to leave its bags in the heart of the financial district until January 7,2018. In the former Stock Exchange building, deserted for years, Olivier Saillard, curator of the exhibition “Volez, Voguez, Voyagez,” was able to set up sixteen rooms dedicated to the French baggage handler. Visitors discover a unique place, welcomed as soon as they enter by a reproduction of a Parisian metro station in white earthenware.

Volez, Voguez, Voyagez starts with the early days of Louis Vuitton, an apprentice at a Parisian packager, before he opened his own business in 1854. “One of his first creations is this canvas trunk in 1860,” explains Jihanne Guichard, a lecturer for Louis Vuitton. “Contrary to what was done at the time, Louis Vuitton did not use wood but a waterproof and resistant layer of canvas, which made it possible to design flat-lid trunks.”

Each piece in the exhibition corresponds to a period or trend. At that time, each garment and accessory had its own trunk: hats, dresses, shoes, costumes, toiletries, tools, spare wheels, and typewriters, to name just a few. Surrounded by a huge sail boat, the cruising and exploring section is impressive. “Louis Vuitton’s grandson, Gaston-Louis Vuitton, was a great traveller and he helped develop new products,” recalls Jihanne Guichard. For example: a trunk that can be converted into a camp bed, very useful for the great explorations of the early 20th century.

This Louis Vuitton collection has already been presented in Paris, Tokyo, and Seoul. But in New York, the pieces are not exactly the same. The lizard skin, crocodile skin, and ivory trunks were not accepted in the United States. And while some exotic animal leather chests are well represented in the New York Stock Exchange exhibit, they are, in fact, loans from American collectors. Visitors can also admire pieces on loan from the Musée de la Mode and the Cinémathèque de Paris.

First motor cars, then steam trains, then airplanes, luggage has always adapted to the modes of travel and lifestyles. From the bourgeois to the working-class, from the long-distance trip with 12 trunks per person to the efficient business trip, there has always been stylish luggage.

The two-story exhibition bears witness to 150 years of travel and culture. It ends with a meeting with two French employees from a Louis Vuitton leather maker in Ardèche. The two young women cut, dye, and assemble pieces of leather as they usually do in the workshop, and explain the craft of the brand to anyone curious enough to ask.