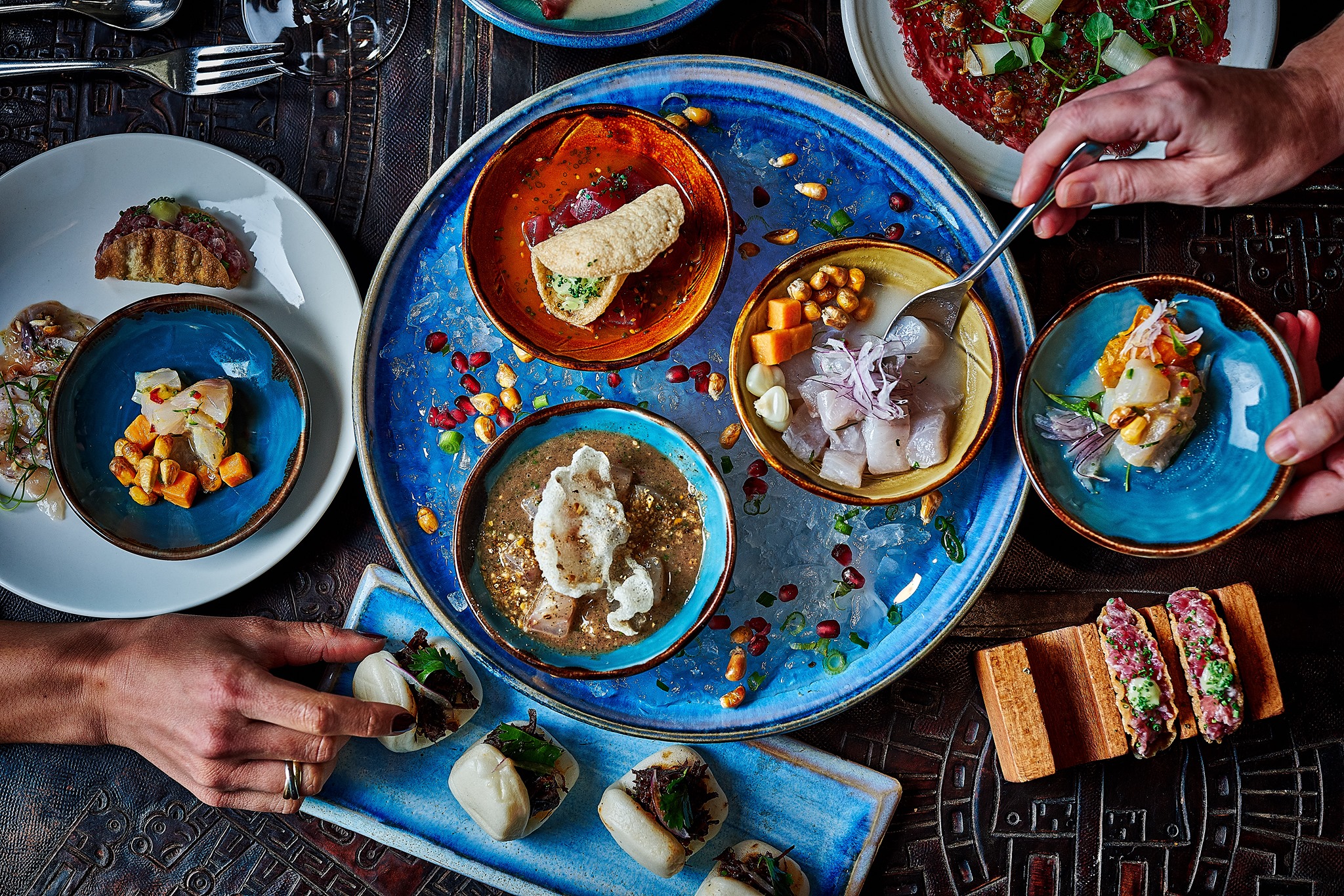 Contrast, Coya and Polichinelle, these are the three Parisian restaurants that everyone will be talking about this fall. Here’s why each is exceptional.

For Stéphane Manigold, there is just something about the number 18 in Paris. After opening Substance at 18 rue de Chaillot in October 2018, Stéphane Manigold inaugurated Contraste at 18 rue d’Anjou on September 9. The 39-year-old restaurateur, who dazzled the taste buds of All Paris with his first establishment in the 16th arrondissement with a kitchen run by the promising Matthias Marc, is back with a pair of 20-somethings, Kevin de Porre and Erwan Ledrul, in the 8th arrondissement. These childhood friends with star-studded resumes — Plaza Athénée and Kei for the former, Le Meurice and Lasserre for the latter — are about to dazzle in the restaurant designed by Michel Amar. A cocoon of green and black marble accented with leather, where the young pair will assemble artful dishes in the open kitchen. Their best creations? Farm egg, river eggs, beetroot; octopus, soubressade, parmesan; saint-pierre, leeks, boudin seasoning; bellota pig, oysters, piquillos; vine peach, arugula, pepper; mirabelles, verjus and grasses. On the wine side, Manigold is collaborating with the emblematic Anselme Selosse for the impressive list of champagnes and wines. — Contraste, 18 rue d’Anjou, 75008, Paris.