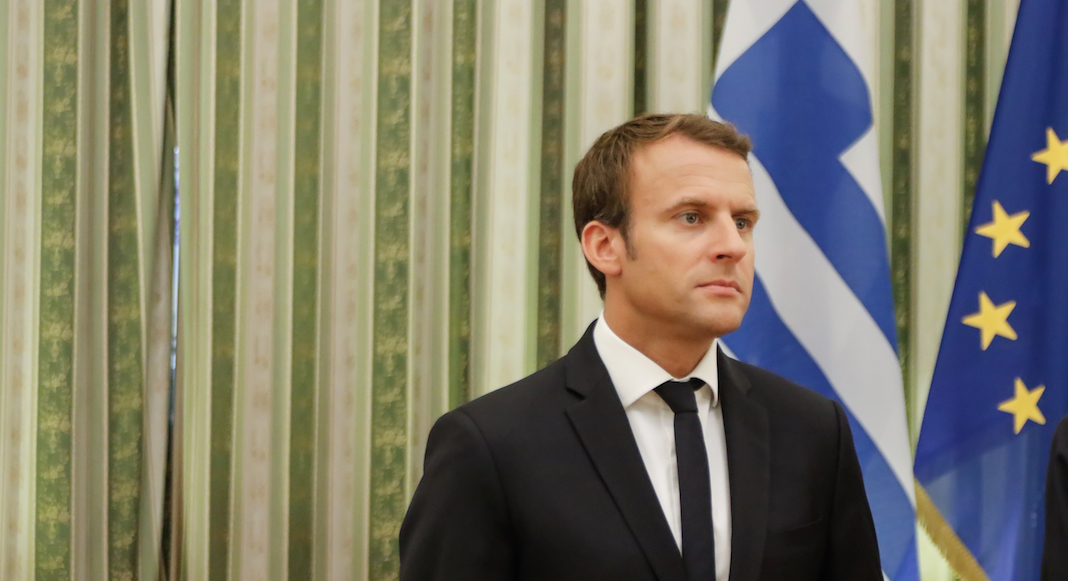 The Results of Le Grand Débat Are In

After more than two months of consultations, debates, discussions, and hundreds of thousands of citizens’s proposals, France’s Le Grand Débat is coming to an end. The government called it “a success,” with 1,932,884 online contributions, 10,134 local meetings, 16,337 municipalities having looked at citizens’s submissions, and 27,374 letters and emails received. In total, more than one and a half million French people took part in this almost unprecedented national exercise, which was born out of the gilets jaunes uprising.

On Monday, April 8, it was under the glass roof of the Grand Palais in Paris that the impartial guarantors of Le Grand Débat selected by the government returned the summary and analysis of this mass of complaints. The OpinionWay polling institute processed contributions online, the Roland Berger, Bluenove, and Cognito agencies synthesized the complaint books and minutes of public meetings, the Res Publica foundation and the Missions Publiques firm analyzed the contributions from the 21 regional citizens’s conferences. And all to answer just one question: what do the French want and think the French government should do?

“Taxes are too high… and the tax burden is poorly distributed.” This idea was a popular one. On the online platform, 75% of participants proposed reducing public spending. A reduction, but where? A decrease in Value Added Tax (TVA), particularly on basic necessities and organic products, was also frequently cited, followed by a reduction in income tax and local taxes. Others called for an increase in the number of tax brackets above 45%, an increase in TVA on luxury goods, and tax on everyone’s income.

In order to lower taxes and reduce debt, 56% of French online contributors also demanded a reduction in government spending. And how to finance social spending? Online participants mentioned a revision of the conditions for granting social assistance (52%), an increase in working time (24%) and an increase in the retirement age (22%) as possible options. Defense and housing are the first sectors to be cited as areas where public spending can be reduced. It was only healthcare that citizens said they were willing to keep spending on.

If, though in the complaints submitted physically, a higher tax on the richest was called for, the French who participated online called for a reform of income tax. Better transparency on the use of taxes was also requested by 48% of the contributions to the platform. Another major concern was the stepping-up of the fight against fraud and tax evasion through the forbiddance of tax havens and an increase in the taxation of capital.

“We consume too much energy, especially from fossil fuels”

This was the second major topic raised during the two months of Le Grand Débat. If there was a high awareness of the issue, the tone was one of urgency. “Action is not happening at the pace and level of the challenges,” concluded the organization Public Mission. 62% of contributors to the online forum said that their daily lives were already affected by climate change (heat waves, climate events, etc.) and 86% thought they can help protect the environment. And various solutions were proposed: a tax on kerosene, a ban on pesticides, particularly glyphosate, the improvement and promotion of shortened transportation from producer to consumer, the development and promotion of recycling, public transport, carpooling, bike paths and cycling.

Nevertheless, the organizers noted that there is a “distrust” about a possible new ecological tax, as 56% of the contributors to the platform indicated. Less than 1% of the proposals in the notebooks referred to the return of the carbon tax that the government canceled in 2019. The only taxation that’s acceptable in the eyes of the French: that on big polluters and on imported products.

Decentralization, favoring mayors, and the end of the Senate

It should be noted that Le Grand Débat’s responses brought up many of the themes already present in French President Emmanuel Macron’s draft constitutional amendment. 74% of the contributors to the platform want to see proportional representation introduced in the Assemblée Nationale (France’s equivalent to the United States House of Representatives). The term limits for elected officials is not in question: 64% of contributors to the platform consider this to be a “good thing.” As for the decrease in the number of parliamentarians, that was highly praised: 86% of the platform’s contributors are calling for it. It’s a position shared by 7% of the free contribution space related to the theme “democracy” in the citizens’s submissions.

As for the “vote blanc” (the act of purposefully submitting blank ballot as a way to indicate displeasure with the slate of candidates and still do your civic duty of voting), 69% of participants are in favor of taking it into account, but only 4% want it to lead to an election being invalidated. In comparison, 57% of contributors to the online platform are in favor of mandatory voting. Decentralization received a positive response, according to the responses on the online platform: 86% of respondents believe that there are too many administrative levels, 68% cite “la commune” (the city) as the community from which they feel closest and 45% of the contributors to the platform believe that more autonomy should be given to field officers. There remains the question of the Senate, which is highly debated: 20% of online contributors propose to eliminate it, as well as the Economic, Social and Environmental Council (ESC). Immigration, on the other hand, is rarely mentioned by the French.

It’s now up to Emmanuel Macron to take up the observations and proposals made by one and a half million French people. The President is expected to speak on the matter in mid-April. The “continuation” of the great debate is one of the main questions raised by the five guarantors: “This database is a national treasure that concentrates the words of French people. The publication of the results is just one part of restitution, which will only be fully in effect when the results create political change.” A little later, Prime Minister Edouard Philippe replied: “Hesitating would be worse than a mistake, it would be a fault. The need for change is such that any reticence to act would to me be unforgivable.”

This article was written in French by Olivier Pérou and first published on Le Point.