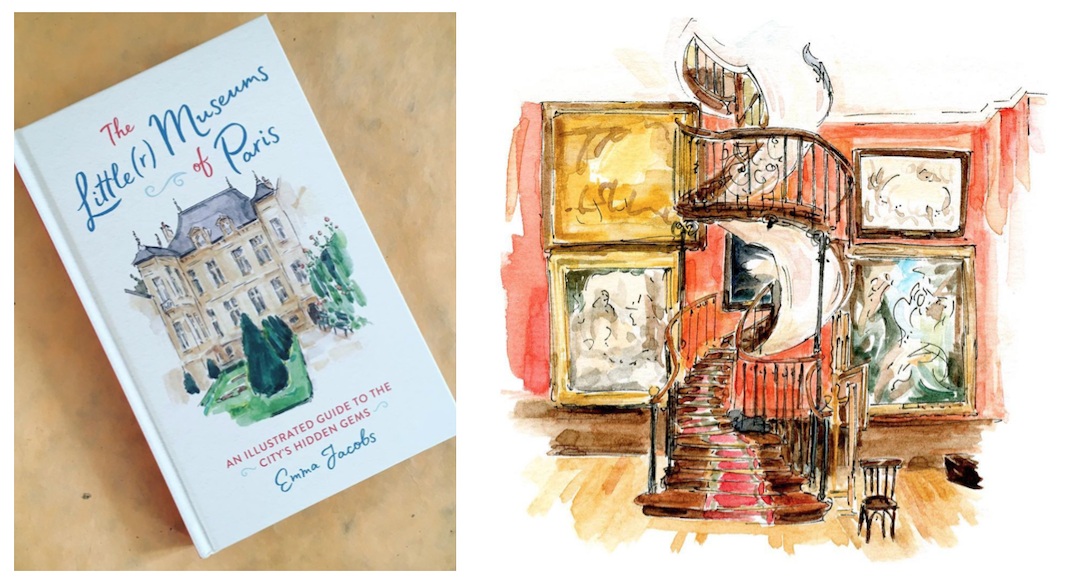 ‘The Little(r) Museums of Paris’: a Guide to the City’s Secret Cultural Gems

Among the museums in Paris that the average tourist knows, there’s the Louvre, the Musée d’Orsay, the Centre Pompidou. However, there are at least 200 museums in the Paris region, many of them unknown to the standard traveler. Emma Jacobs wants you to know them.

In her book, “The Little(r) Museums of Paris: an Illustrated Guide to the City’s Hidden Gems,” published by Running Press in June 2019, Jacobs provides a guide to some of the French capital’s smaller cultural institutions.

She includes practical information on addresses, ticket prices and hours. Because the presence (or absence) of English language informational plaques and pamphlets is a concern at smaller museums, Jacobs notes helpfully whether each museum has posted English text, English-language apps or audio guides, and English-language tours.

“The Little(r) Museums of Paris” won’t guide you through a museum, but it will guide you to a museum. Interested in Japanese culture? Head to the Musée Cernushi. Find France’s multicultural history fascinating? The Musée national de l’histoire de l’immigration is the place for you. Do you want to see historical physical objects? The Musée des arts et métiers will prove fascinating. The diversity of subject matter in the museums Jacobs has selected is impressive.

The larger roll that this little guide plays is drawing museums to your attention that you never considered visiting. Each museum’s listing includes a short history, anecdotes about its creation and advice on major works to see. By the time you’ve finished reading a listing, you’ll likely feel compelled to visit a museum you’d previously never heard of, never considered visiting, or didn’t know how to visit.

Consider the Musée des plans reliefs (museum of 3D maps), which hardly ever appears in guidebooks to Paris, yet it contains impressive to-scale models of villages and monuments like Mont Saint-Michel. Musée Bourdelle, which also doesn’t appear often on lists of top museums to visit, is an incredible model of an artist’s atelier, containing 500 sculptures by Antoine Bourdelle and his own collection of works by famous artists.

Jacobs also provides some helpful additional information to understanding Paris’s museums. Notably, there is a helpful two-page spread on what a “hôtel” is, explaining the history and architectural characteristics, illustrated by small watercolor drawings. She has also assembled a selection of museums under the heading “time capsule” which is on its own far more informative of the nature of the museum than sometimes what’s written in the museum’s own website. For example, the Musée Cognacq-Jay’s website calls the museum “a taste of the 18th century” which doesn’t mean much. As explained by Jacobs, the museum, listed among the time capsules, is really a step back in time to the 18th century with the historical items presented in the Hôtel Donon as they would be in a home of that era.

Besides offering introductions the city’s little(r) cultural institutions, the book is decorated with Jacobs’ watercolor illustrations. The delicate depictions render historical objects, building facades and museum scenes as lively, multi-dimensional embodiments of French history and culture. The book belongs just as much on a coffee table as it does tucked into your backpack on your next trip to the French capital.

“The Little(r) Museums of Paris” will compel you to get off the beaten museum path and help you figure out where to go next. Jacobs makes it clear that skipping the tourist-filled locations in Paris doesn’t mean avoiding museums — you just have to know what else is out there and how to enjoy it.