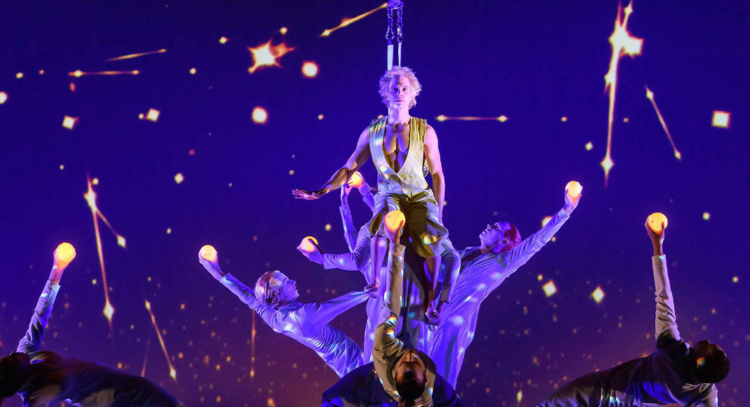 “The Little Prince” is About to Become Broadway Royalty

French Morning has partnered with The Little Prince on Broadway to bring you a chance to win two tickets.

About The Little Prince

If it’s been a while since you’ve read the story, The Little Prince is about an aviator who lands in a desert and encounters the Little Prince, a golden-haired young hero on a big adventure. The Prince tells the aviator about his past travels to different planets, where he met an array of fascinating people and animals who helped him follow his heart.

De Saint-Exupéry was an exiled French author and aviator who arrived in New York City on the cusp of World War II. In 1942, he wrote and illustrated The Little Prince while living between a Manhattan townhouse and the historic Delamater-Bevin Mansion on the north shore of Long Island.

His now-classic book was first published in the United States in 1943, and went on to become a global literary phenomenon that sold a stunning 200 million copies. Available in 250 languages, it’s the second most translated book in modern history.

Anne Tournié, the show’s director and choreographer, and Chris Mouron, the librettist and co-director, recently talked about coming to Broadway and the inspiration behind their vibrant, award-winning production.

What does it feel like to bring The Little Prince not only to New York but to Broadway?

Chris Mouron “Even in our most beautiful dreams, we could not have imagined the future we have in front of us. It’s an honor and an amazing gift. It’s really amazing to imagine that this book that was written in New York is now going to New York.  We’re very excited.”

What are some of the visual elements that make the show different from anything else on Broadway?

Tournié “The story is adapted in body language, it’s my language. It’s contemporary but not only on the floor. It’s in the air, and it mixes acrobatics and contemporary dance. To put the emotion of the book into body language, each movement had to have a meaning. Plus there are videos that take us to the Little Prince’s universe, and there’s music and a narrator and text – the choreography is the cherry on top. We have adapted the book in very different ways.

It sounds like it’s a family show, is it also for grown-ups?

Mouron “We loved The Little Prince when we were children. It’s very touching for a child, because it makes you say: this little guy understands me. When you’re a child, the Little Prince is your hero. But our show is not only for kids. It’s for everybody.”

Tournié “A friend of mine brought his two kids to the show, and they asked a lot of questions. But my friend hadn’t read the book. After the show he said: Now I have to read the book!”

To what extent does the show have a French sensibility?

Mouron “A lot of the people who created this show are French. With the narrator and his French accent, it has a French flair. It’s one of a few French shows that ever made it to Broadway. In the 1950s there was the musical called Irma La Douce. But nothing since then.

Tournié “It’s French because we are French. There is a French flair, in the scenes in the streets but also in the music. I wanted a waltz. [Laughs] But in the show we talk about human emotions. It’s only human beings on stage – it’s about humanity.”

Mouron “But honestly, we didn’t want to make something French. We wanted to make a universal show. When we played in Paris and Dubai and Sydney, the reaction of the audience was the same. There are two songs in French. When we speak it’s in English, but there are some parts in French.  The Little Prince says ‘bonjour’ because everybody understands ‘bonjour.'”

The Little Prince starts performances at the Broadway Theater on March 29 and continues through August 14. Click here for tickets.

Try to win a ticket for you and the person of your choice by filling out this form.