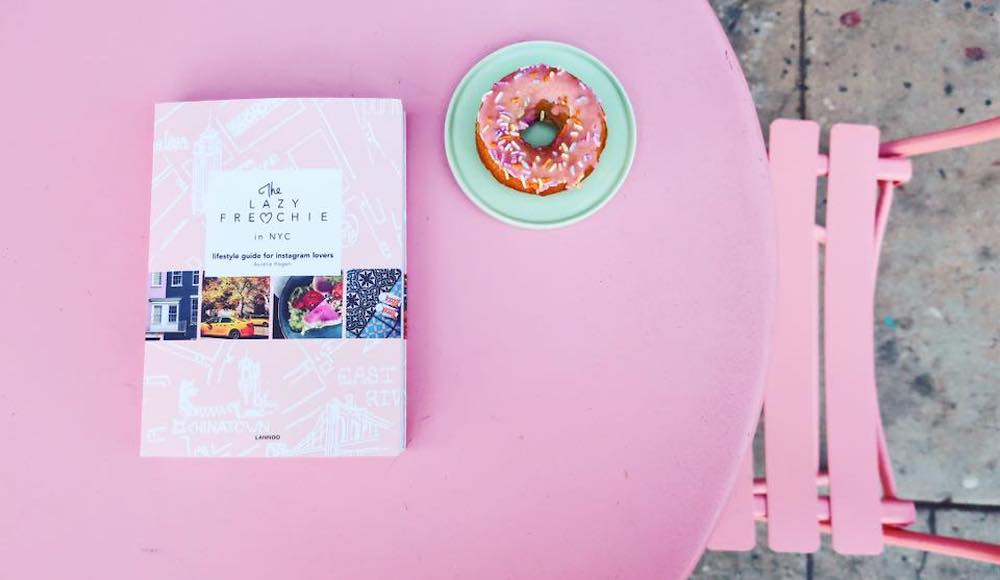 ‘The Lazy Frenchie’ Releases Her Second Guide to Instagrammable Places

The book hits shelves one year after Hagen released her English guide on New York, “The Lazy Frenchie in NYC,” about the city closest to2 the author’s heart. Unlike traditional guides, Hagen’s guide does not bombard readers with comments. She simply shares her favorite photographs: a brunch she loves, a cute café, a florist specializing in succulents, street art, a community garden perfect for reading, but also dozens of colorful doors immortalized with her smartphone.

Each shot is accompanied by a legend of hashtags and its location. Each place is listed on neighborhood maps. “With colorful photographs, I wanted to show a dynamic and fun pop image of cities,” she explains.

This Belgian woman arrived in New York by herself at the end of 2011 after finding a job as a production assistant at a company that organizes runway shows. “It taught me to work in the American way, and it also opened up my creativity,” she admits. But the insufficient salary pushed her to change jobs, and her green card — obtained by marrying an American — opened other doors for her. Hagen gave French lessons, but quickly realized that they lacked enjoyment.

In 2015, she created the blog The Lazy Frenchie, to offer a method for learning French in a “lazy” way, through short original texts on lifestyle topics. “One thing led to another, I really let myself go in writing,” she recalls. She became an editor for blogs, such as Caroline Receveur’s, Team Paillettes and the Huffington Post. At the same time, she increased the number of articles and photographs of her favorite places, which she published on her blog — to the point of convincing a publishing house to publish her guide. “Here, people with no network or literary background manage to have opportunities. It motivated me.”

The second guide, on Los Angeles, came from a big life move. Her husband, a lawyer, also wrote a book that was chosen to be adapted into a series. It was an opportunity that pushed them to move to Los Angeles in 2017. Not knowing the city, she studied Google Maps before exploring a neighborhood. “In this guide, there are my 300 tested and approved addresses, most of which are in West Hollywood, where I go a lot,” she explains. For her, Los Angeles was not as easy to do as New York: “It’s a city where there is less spontaneity, which is more difficult for tourists to understand.” It’s a “city so chill that it’s disconcerting. You have to spend time there, let yourself be carried away, it’s a real lifestyle.”

Also working on a documentary about responsible fashion with a French woman, she now aspires to work on different literary projects, and on her original idea, teaching French.

The Lazy Frenchie in LA: Lifestyle Guide for Instagram Lovers

Released in the U.S. on October 14 Available here and in bookstores