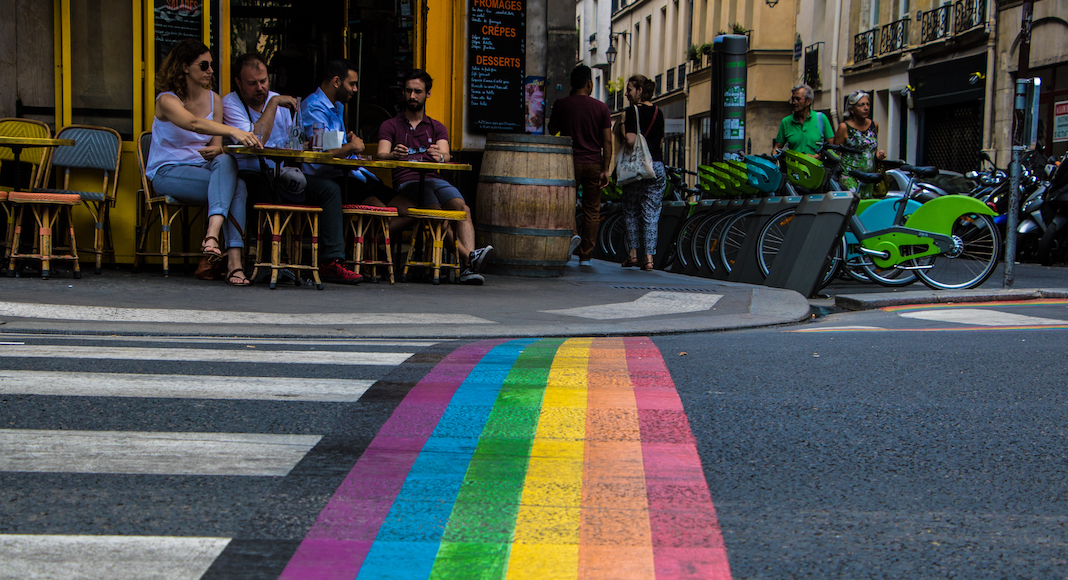 The Gay Locals: The Parisian LGBTQ Tourism Company Offering a Different Side of France

Bryan Pirolli didn’t have your typical expat story. The Philadelphia native wasn’t a diehard francophile with rosy visions of living in Paris. In fact, when got a job in the French capital in 2008 after studying journalism at NYU, he wasn’t completely sold on the city. He’d started running walking tours to support himself and make connections, but felt that there was something missing amidst all the history. “I didn’t feel like I was a part of it,” he explains. “I am a gay man, and here I am harping on Hitler and Marie Antoinette all the time when there are so many stories of people like me in the past, especially in Paris, that we can tap into.”

After getting his PhD from the Sorbonne, and spending years mulling on Parisian history, in 2015 Bryan decided he wanted to share something a little different with Parisian tourists, and The Gay Locals was born. “We started off kind of offering a little bit of everything… historical tours and orientations for people coming to Paris who wanted that basic experience,” he explains, with “everything through an LGBTQ lens.” The company, which Bryan runs with the help of a Canadian design student named Jonathan, now offers tours of Paris’s gayborhood, the Marais, as well as other areas like Montmartre with their own rich LGBTQ history. All tours are private, set at €150 for singles, or €240 for couples for 2 hours (though you’ll usually get to hang out for a drink at a local gay bar afterwards). They also offer personalized itinerary planning for €45 per day. Once upon a time, they even offered specialized proposal planning.

“We just kind of want to demystify it and make people comfortable with LGBTQ life in Paris, because they’re already so heightened and stressed out about being in Paris,” Bryan explains. He mentions that previous gay tourism companies he’d come across were too “flashy,” and he felt that a local approach would work better. Even though some of the recommendations under their site allude to experiences of a more adult nature, Bryan went to great lengths to assure that their content is SFW, and that their tours are a place where everyone should feel comfortable.

Many of their clients are younger honeymooning couples coming from the U.S., or older folks traveling with friends and relatives, but, as Bryan mentions, “I’ve had everyone from lesbians from South Africa to a gay man from Pakistan.” The singles tours lend themselves well to visitors coming from places where they may not have access to a thriving gay community, whether it be Saudi Arabia or Middle America. “For a lot of people, especially coming from places like Texas or Oklahoma, they’re like, ‘We don’t have gay bars, what do you do when you go to a gay bar?’”

Paris is a city loaded with incredible LGBTQ history, from Rosa Bonheur to the Chevalier d’Éon. But the way Parisians interact with their queer identities is also part of what makes the city such an intriguing destination, especially in a country where people are expected to put their French identity above any other. After rainbow crosswalks were defaced with homophobic graffiti in 2018, Bryan mentions, “It did launch this whole conversation about national identity, and why are we labeling things with rainbow colors, because that’s putting your gay identity before your French identity. I think it’s a very weirdly political conversation that is interesting to have because it elevates the discussion of LGBTQ issues and community in France, in a way that we don’t in London or New York. Even the Pride march is so much more political in Paris… it’s more than just boas and glitter and beer; we’re having real conversations.”

The Marais itself has come to stand in for the community and the threats of dissolution it faces. “France is so centralized in Paris, and so the gay community in France is also very centralized in Paris… You can’t go to Lyon and find rainbow flags.” But where gentrification has a will, it has a way. “The real estate for the gay community in Paris is dwindling,” Bryan explains. “So many of those rainbow flags have gone away and have given themselves over to high-end boutiques… There’s not gonna be a new gayborhood in Paris anytime soon. Once the Marais goes, if it goes, that’s it.”

Could LGBTQ tourism be a solution? Peut-être. At the very least, it couldn’t hurt. Bryan and Jonathan have already seen a renewed interest in tours post-lockdown, and hope to get back soon to the just work of making tourists—no matter who they are, or where they come from—feel like they’re right at home.