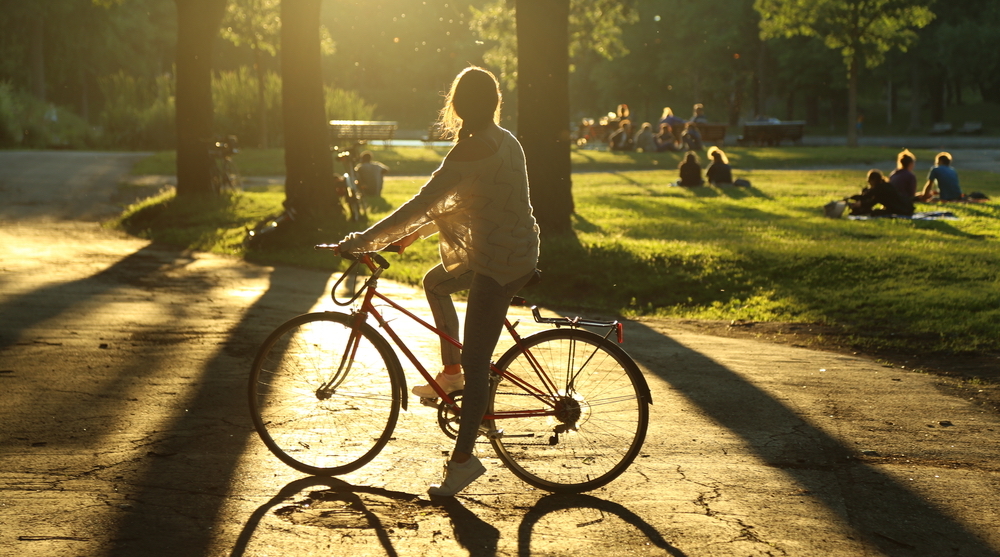 The Beautiful Montreal Bike Paths You Absolutely Have to Ride On

King of short distance travel, bicycles invade the streets of Montreal as soon as the sun comes out. “It plays a central role in the identity of the city,” confirms Vélo Québec in its most recent study on bicycles in Montréal. The city, which is deeply committed to sustainable mobility, has had a relationship to the bike has grown and changed.

According to the 2015 study, Montreal has more than one million cyclists, or more than half of its population. Two out of three Montreal cyclists (66%) ride every week, which puts the city at the top of the list of biking cities in Quebec. The city is also involved in the integration of bicycles into Montreal. Between 2008 and 2015, the number of bike paths almost doubled, and the 870 km of bike paths in existence far exceed other Canadian cities like Vancouver and Toronto. With 5,200 bicycles, the Bixi bike share system is by far the largest in Canada.

Next time you’re in Montreal and the weather is beautiful, leave your car behind and go for a two-wheeler. In honor of the Go Vélo festival, organized in Montreal from May 26 to June 2, here are X excellent places to ride your bike in Montreal and the surrounding area. (Big thanks to expert Vélo Québec for giving us the insider tips on the best routes.)

The most popular bike route on the Île de Montreal begins in Berri, crosses Vieux-Montreal, and follows the canal and its locks to Lachine. This is the best known and most popular trail in Montreal… which unfortunately makes it very busy and hardly an original route.

But if you continue your route, you’ll come across the Berges trail. On Route Verte 5, the path runs along the entire length of the St. Lawrence River, some 40 kilometers. “This path is really pleasant,” confirms Louis Carpentier, Director of Development for the Route Verte. “Right at the water’s edge, you’re passing in front of the eternal waves. It’s the perfect path to combine birdwatching, surfing and biking!” And as for the architecture, you’ll be impressed by the huge industrial structures in the eastern petrochemical complex

Leave Vieux-Port and board the river shuttle dedicated to pedestrians and cyclists. It’ll take you to the Longueuil marina. From there, continue on the René-Lévesque promenade in the direction of Boucherville. What makes this path special is that it’s raised on stilts, allowing you to pedal over the river. It’s a beautiful route that provides a different view of Montreal you normally get in the city. It’s an ideal route for families.

The Historical Circuit in l’Ouest-de-l’Ile

The route links Dorval, Pointe-Claire, Sainte-Anne-de-Bellevue, Senneville, Pierrefonds and L’Ile-Bizard. Bike through the region’s historic and architectural sites, such as Stewart Hall, a windmill built in 1710, or the home of Canadian explorer Simon Fraser; you’ll pass by more than a hundred historic buildings. The tour will also allow you to enjoy panoramic views of the Saint-Louis lakes and Deux-Montagnes, as well as an unobstructed view of the shores of the St. Lawrence River.

The route starts in the Eastern Townships of Estrie, in Farnham, just 45 minutes by car from Montreal: it’s a trip that combines cycling, drinking, and eating. Whether you like going for easy walks or are a hardcore fitness junkie, there is something for everyone (including four cycling routes of various difficulties). The Wine Route offers circuits ranging from 49 to 104 kilometers. Don’t worry, you’ll burn off the calories you consume tasting local products from wineries, restaurants, and agro-tourism spots along the way! While it’s free to take the route, you’ll have to pay for your samples where you stop. (Get a map here.)

And if you want to tour Montreal by bike, try the Night Tour on May 31 and the Tour de l’île on June 2, both organized by Go Vélo. More than 40,000 people are expected! “It will make you want to pedal,” promises Louis Carpentier.

This article was first published on our sister site Maudits Français.