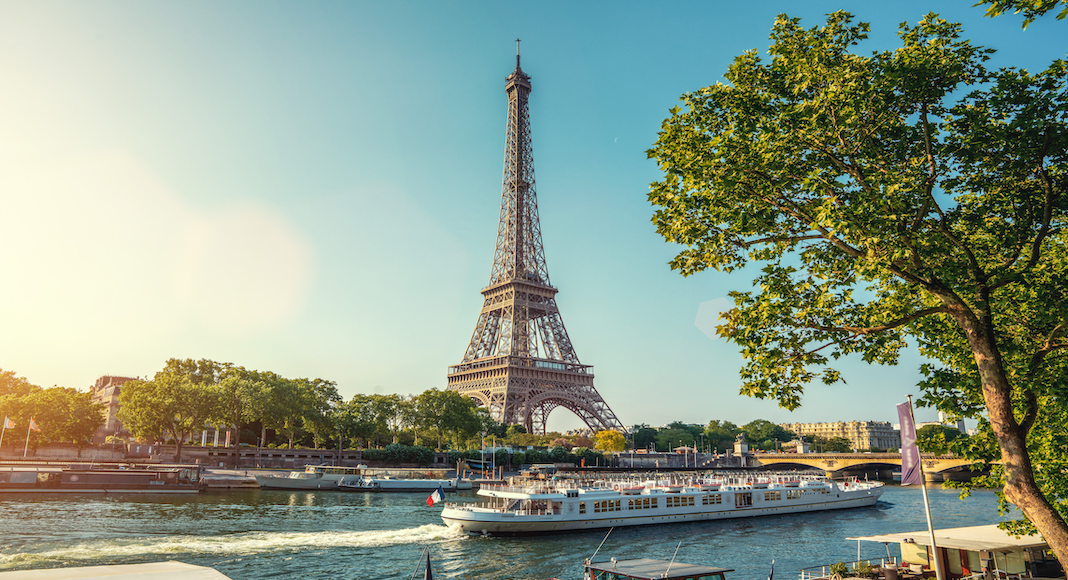 The 9 Most Clichéd Movies and TV Episodes About Paris

The final two episodes of SATC, An American Girl in Paris: Part Une and Part Deux, follow Carrie Bradshaw as she heads to Paris to be with the famed, moody artist Aleksandr Petrovsky. She tries her hardest to speak French, but is no match for Petrovsky’s snarky Parisian teen daughter, or the French ex-wife he’s on reasonable terms with, who says things like: “I believe a relationship is like couture: if it doesn’t fit perfectly, it’s a disaster.” (We know: wow.) There’s shopping at Dior, screaming with excitement over seeing the Eiffel Tower, and the inevitable ease with which Carrie starts smoking again, because it’s Paris, and, “everyone smokes in Paris,” according to Petrovsky.

While undeniably one of the great Pixar animated films of the aughts, this movie about a rat who loves to cook contains some strong French stereotypes. The Parisian restaurant where much of the film is set features a cast of cooks with over-the-top accents (though it is never explained why Remy and Linguini, our two main men, have American accents), and the French culinary world is portrayed as snobby and stagnant. “I hate to be rude, but we’re French,” Colette says in the trailer, if you didn’t get the memo.

The season four premiere of the CW’s most iconic (and problematic) teen drama is the middle of a Paris TV episode sandwich, later referenced in Emily in Paris, and itself referencing Sex and the City’s Parisian episodes. Titled “Belles du Jour,” the episode features Blair and Serena flouncing about Paris in couture, meeting Monégasque princes, and generally proving that you can run away from your problems… if you’ve got enough cash on hand. Mandatory “boys as pastries” metaphors and felt berets included.

“Love at first sight” is taken pretty literally in this classic movie musical, starring Gene Kelly as an expat painter in postwar Paris. His love interest is a French shopgirl who personifies the stereotype that if you’re beautiful and French, we can assume you’re smart, cultured, and interesting, even if you only get a couple words of dialogue in the entire film. The 17-minute ballet that closes the film hits all the bullet points of “French culture” in a whirlwind collage of references to artists like Renoir and Toulouse-Lautrec.

Netflix’s Emily in Paris, a bright-eyed and tone deaf comedy series that debuted in the middle of the 2020 travel content boom, is the quintessential “love to hate” show. Just about everyone has gotten off on sharing their opinion of why the show was so terrible… yet, the second season 2 drops, those same people will binge the whole thing in a weekend. From cringey stereotypes about the French (i.e. that they’re mean, sexist, and snobby) to an ultimate French hunk, the show is so predictable it’s almost comforting in its sparkly banality.

While a lot of movies about Paris tend to be geared towards women, don’t worry softbois, there is an over-romanticized Parisian flick for you! Owen Wilson wanders around Paris in the rain, time travels to the 1920s, and stares wistfully at old records at a flea market. The moral of the story? If you leave your jaded American wife and successful career to do god-knows-what in Paris, a younger, cooler French girl will inevitably show up to whisk you off your feet.

This Gershwin-scored movie musical, starring Audrey Hepburn and Fred Astaire, is the best of 1950s sound stage Paris. Hepburn is a Greenwich Village beatnik in head-to-toe black, Astaire is a charming tough love photographer, and together they make a tap dance on the Eiffel Tower look about as natural as it ever could. The number “Bonjour, Paris!” is everything you hope—or dread—it could be, only topped by Hepburn’s solo dance number at a Left Bank boho nightclub.

One of the greatest jukebox movie-musicals of all time, Baz Luhrmann’s Moulin Rouge! Is the gift that keeps on giving, most recently with its Broadway musical adaptation, cut down in its prime by the pandemic. It is a masterpiece of camp, set in turn-of-the-century Paris, and the romanticization of the bohemian Parisian lifestyle is so comically extreme that we almost believe it. And of course, it’s all about love, if the giant light-up “L’amour” sign on the artist’s squat didn’t make that clear enough.

Is there anything 90s nostalgia can’t improve? This direct-to-video Mary Kate & Ashley classic has the two tween idols on a spring break trip to Paris to stay with an estranged relative. Of course, they cut loose, go shopping with a French supermodel, and meet a couple of cute French boys. The boys, Jean and Michel (obviously) are dressed, at the age of presumably 13(?) in black turtlenecks, say things like, “When the rain comes, I am sad,” and of course have a “secret place” to bring the girls for the perfect rooftop view of the Eiffel Tower.