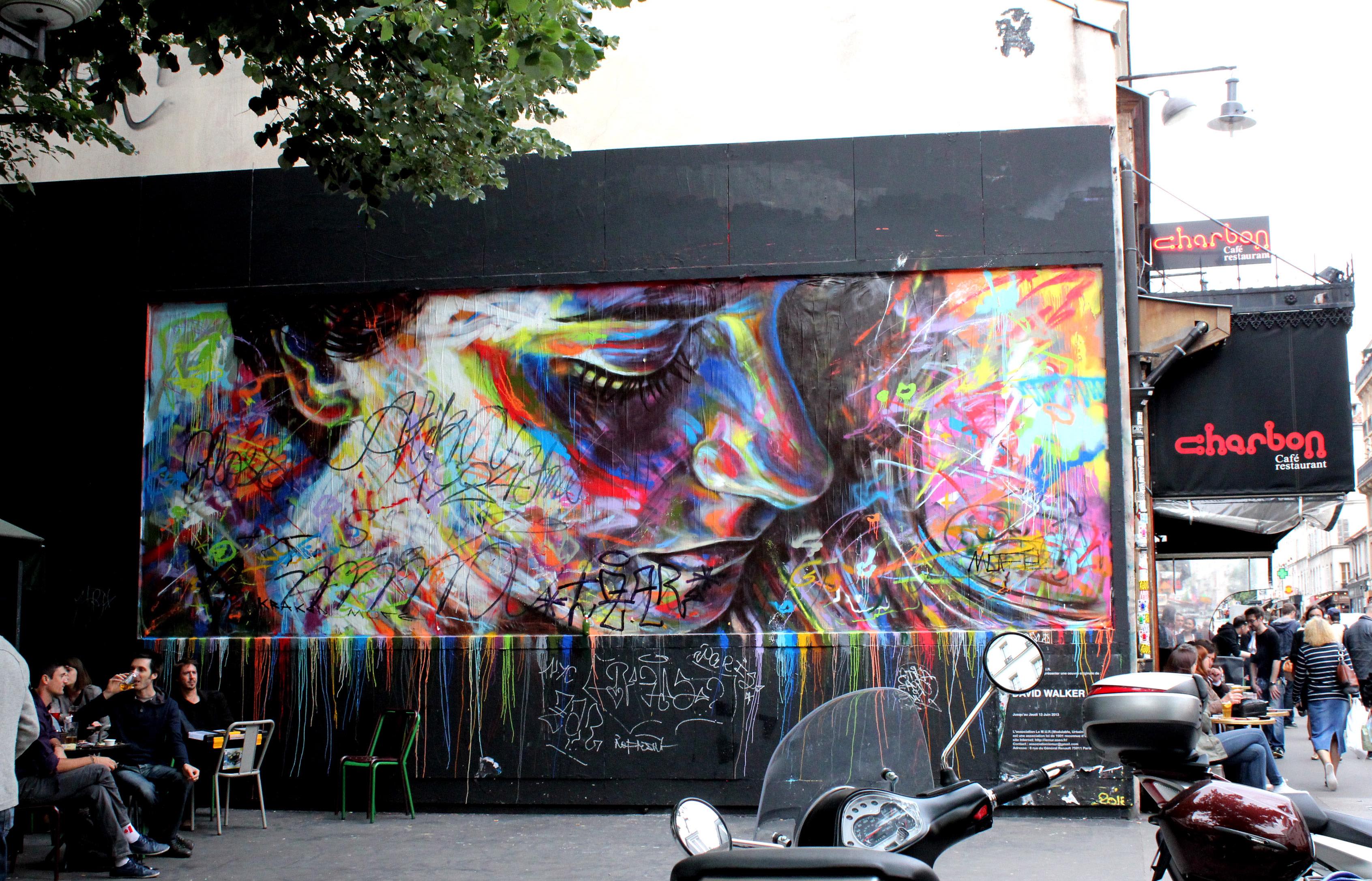 Street Art in Paris: Where to Find Art Outside the Louvre

The old joke goes, “Is Paris a city of museums, or a museum of a city?” With somewhere around 130 official museums in the French capital, it can be hard to tell where the art ends and the city begins. Because if you keep a look out, you’ll begin to notice a lot of art not just within museum walls, but on the walls themselves.

Paris is the street artist’s ultimate fantasy, a city filled with Louvre-caliber artists with a defiant cosmopolitan streak. Beginning in the 80s with stencil works by famous street artists like Jef Aérosol, the city has a love affair with tags and murals. Spray paint junkies maintain a gentleman’s agreement not to infringe on others’ works, while the city government frequently makes efforts to preserve, rather than erase, particularly beloved pieces. 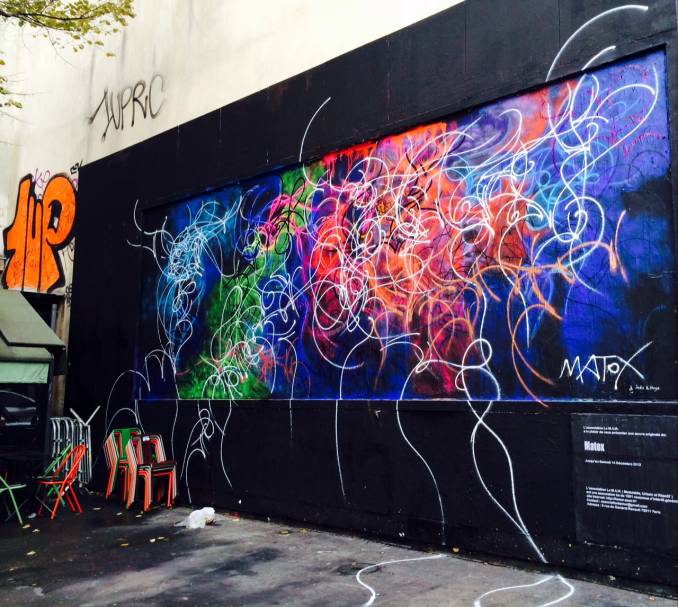 Le M.U.R. foundation, located on the corner of rue Oberkampf and rue Saint Maur, is often considered the heart and soul of Parisian street art. Meaning “The Wall” and standing for, “modulable, urbain, and réactif,” the organization was formed in 2003 by artist Jean Faucheur in order to promote contemporary urban art. The billboard-sized murals change about every two weeks, creating an ephemeral and captivating succession of artworks in one of the most dynamic and diverse neighborhoods in the city. 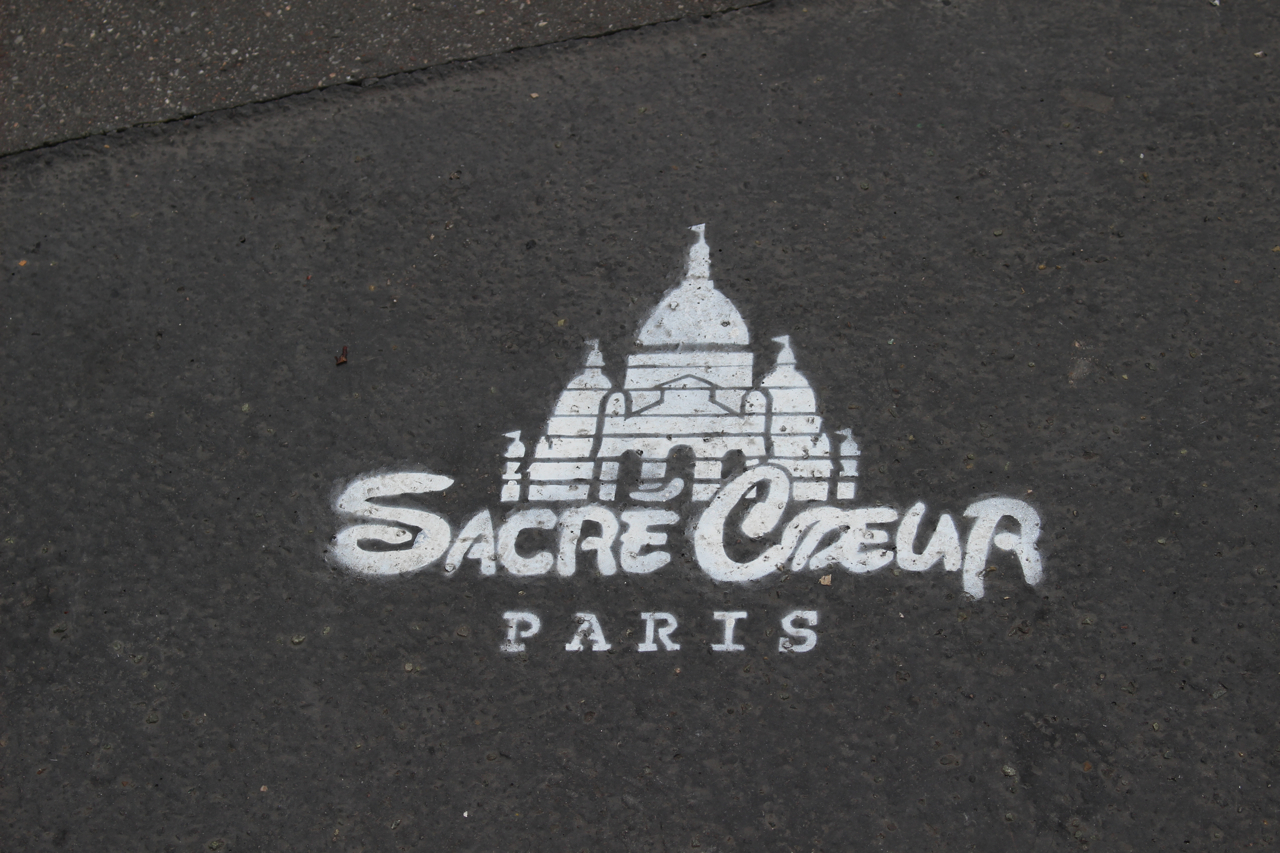 While you won’t find much street art in a lot of Paris’ touristy areas, Montmartre is one exception. Historically a red light district and a home for artists (particularly during the Belle Époque), it’s not surprising that the streets are littered with defiant, and even vulgar, designs. One of the most striking, yet difficult to spot, is this stencil of the Sacré-Cœur by an unknown artist in the style of the Disney logo, mocking the neighborhood’s transformation from the bawdy bacchanal of Henri de Toulouse-Lautrec to the mandatory guide book stop it is today.

Sandwiched between rue de Belleville and rue Ramponeau, rue Denoyez is an unexpected burst of color amidst the smoke gray of Belleville. This cobblestoned alley, one of the only places in Paris it is completely legal to put your mark on in broad daylight, is a carte blanche for taggers, though not necessarily the kind of place where the walls risk being painstakingly removed and sold at auction. But the contrast to its surroundings and its constantly evolving palette gives it an irresistible allure, impossible to pass by without at least taking a clandestine peek. 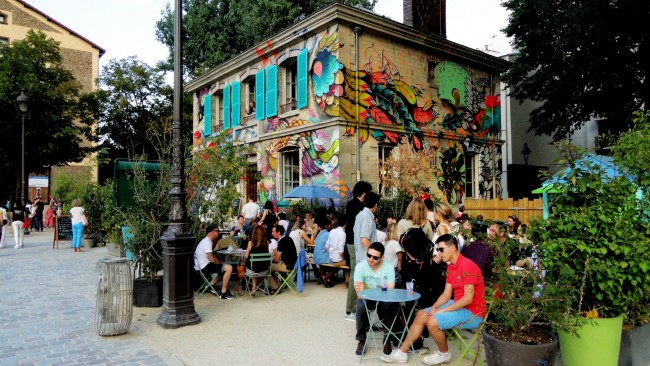 Every summer, this canal in Seine-Saint-Denis just northeast of Paris hosts the Festival de l’Été du Canal, a two-month celebration of concerts, boat cruises, and street art. Famous street artists from JR to Seth have come to Paris to paint their masterpieces on the promenade by the canal, in one of the largest street art celebrations in all of Europe. Alternatively, explore street art year-round on foot, by bike, or by boat, on “Street Art Avenue” on Canal Saint-Denis running from the Parc de la Villette to the Stade de France. 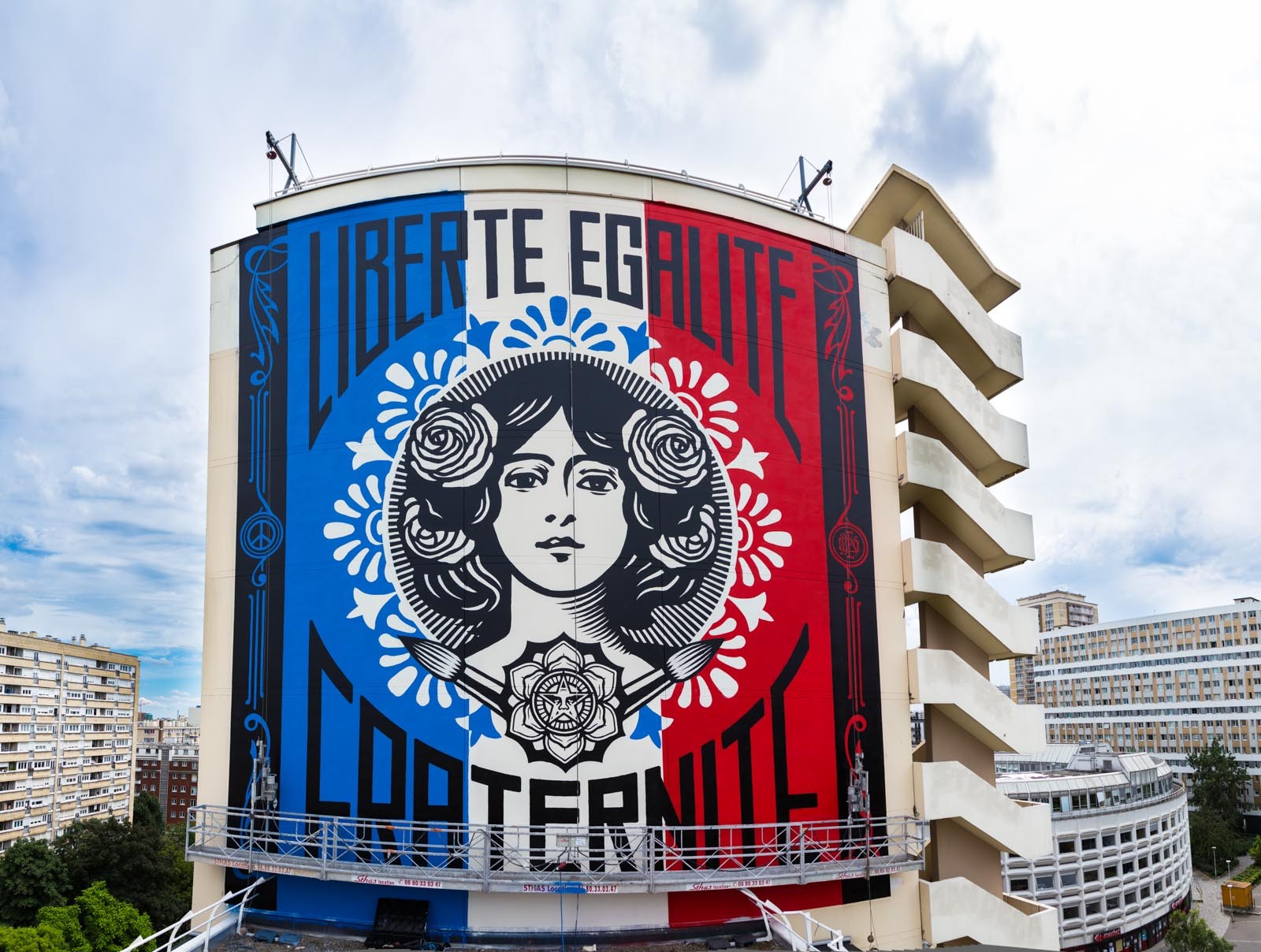 Let’s not forget the big names. Shepard Fairey, famous for his Obama campaign posters and frightening “Obey” logo, has done a number of large-scale murals in Paris. One of the largest is this print of the French national motto featured with a modernized depiction of the Marianne, France’s main symbol of patriotism and unity. This reinvention of the French flag can be found at 186 rue Nationale in the 13th arrondissement.

For where to find more street art in Paris, check out this list of other Paris classics.