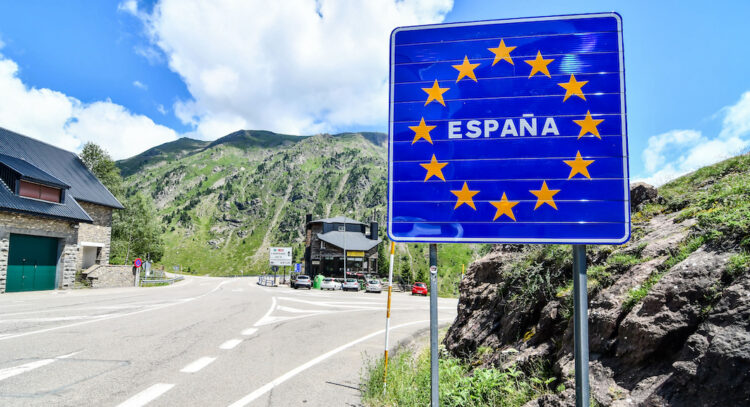 Should you Border-Hop to Spain on Your Next French Vacation?

After a few very stressful years, we have been greeted by a very stressful travel season. Cancellations, lost luggage, and sky high prices for flights and hotels have made it hard for some to enjoy their long-awaited (and much-deserved) trips to Europe. So you might be tempted to get the most out of your vacation and do a little border hopping. Maybe you looked at France and Spain, joined together at the hip like a divorcé pastry, and thought, “They’re not so far apart. Maybe I could do both?” 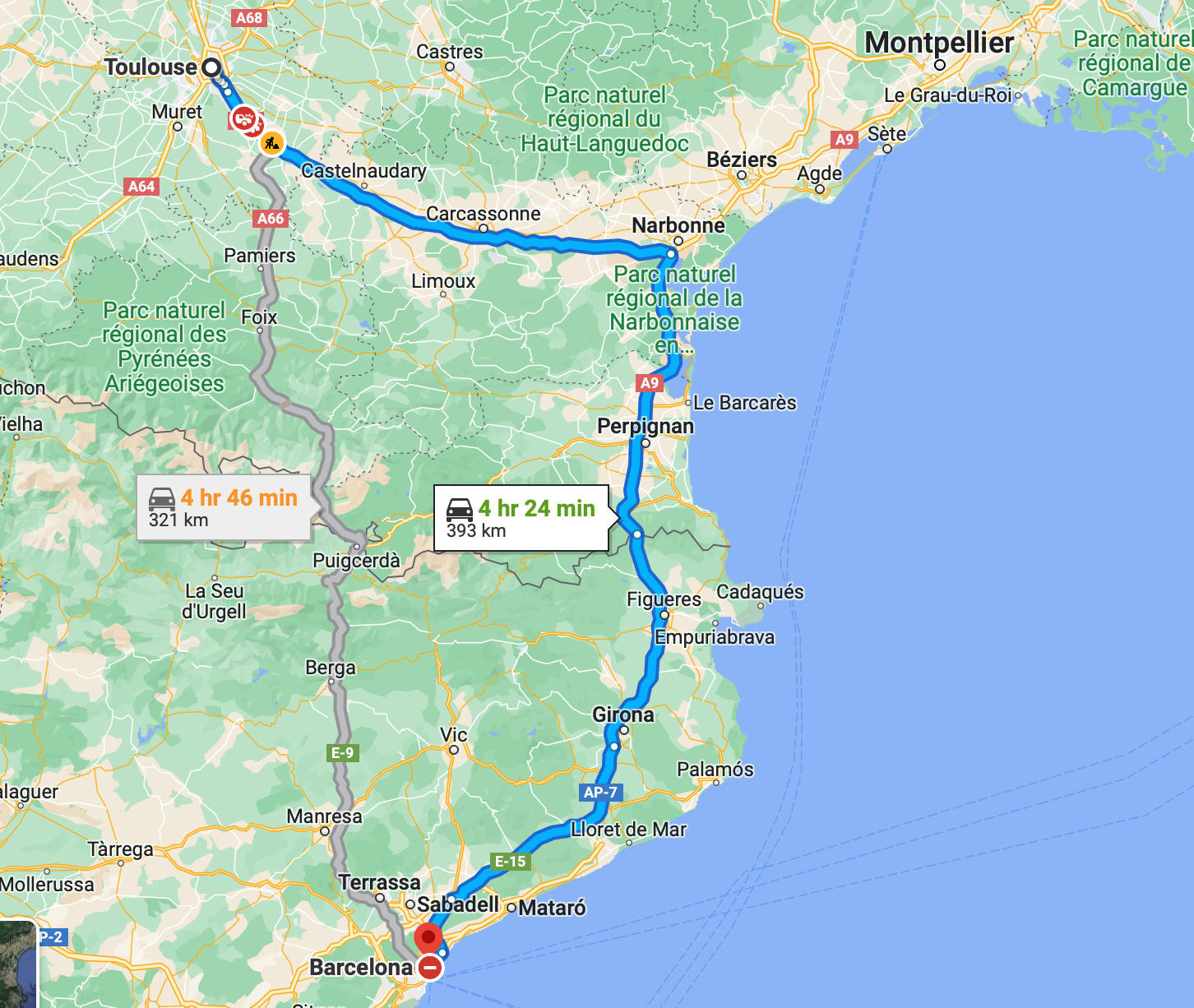 Let’s look at some hypotheticals. In terms of major cities, the closest you’re going to find is Toulouse, in the South of France, and Barcelona, in the North of Spain. Toulouse is best known for its foie gras and its unusual architecture, while Barcelona is an all-night city where the tapas (and the music) never stop. At a distance of about 240 miles, the drive will take you around 4.5 hours. The shortest train will take just under 4 hours, with transfers in Narbonne and Perpignan. 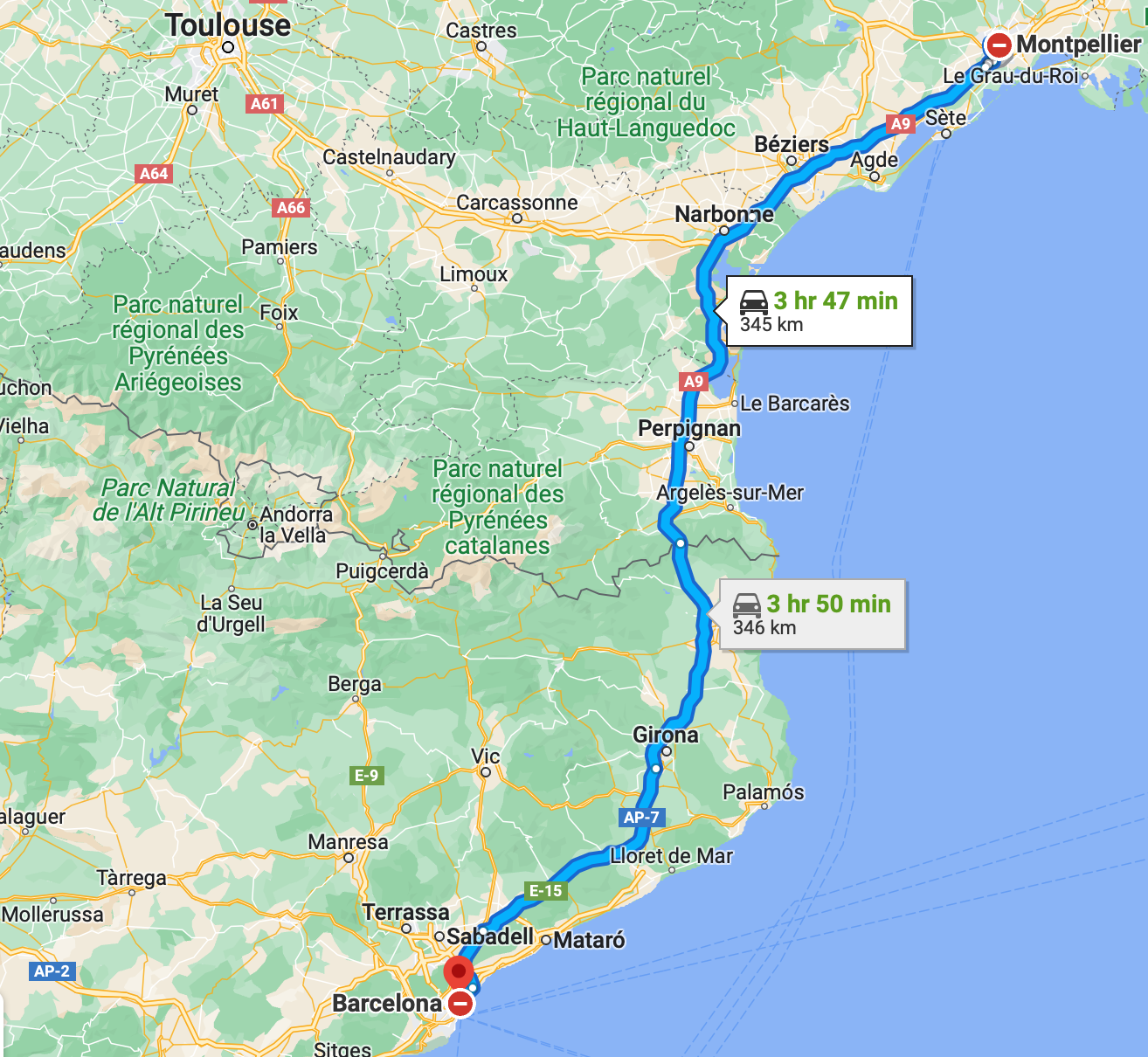 A closer, but smaller, point of contact on the France side would be Montpellier. This charming, queer-friendly student city isn’t as big of a tourist destination as Toulouse, but it’ll work for this exercise. From Montpellier, you can take a direct train to Barcelona, which will take about 3 hours. Driving will take you just under 4.

If you’re willing to settle for somewhere a little smaller than Barcelona, the fishing village of Cadaqués is just on the other side of the French-Spanish border. About 150 miles, the drive from Montpellier is only three hours. Just outside this bayside town is the former home of artist Salvador Dali, Port Lligat. Surrounded by picturesque rocky outcrops, Cadaqués is perfect for a day trip on the way to Barcelona.

Let’s focus our attention now to the west. Basque country, which combines French and Spanish influences, is a fabulous place to center your vacation. Though mostly in Spain, covering cities like San Sebastian and Bilbao, there is a portion of the region that pokes into French territory, just up to the resort town of Biarritz. Biarritz was historically a playground for European royalty, and remains an upscale beach town known for its food, golfing, and surfing. 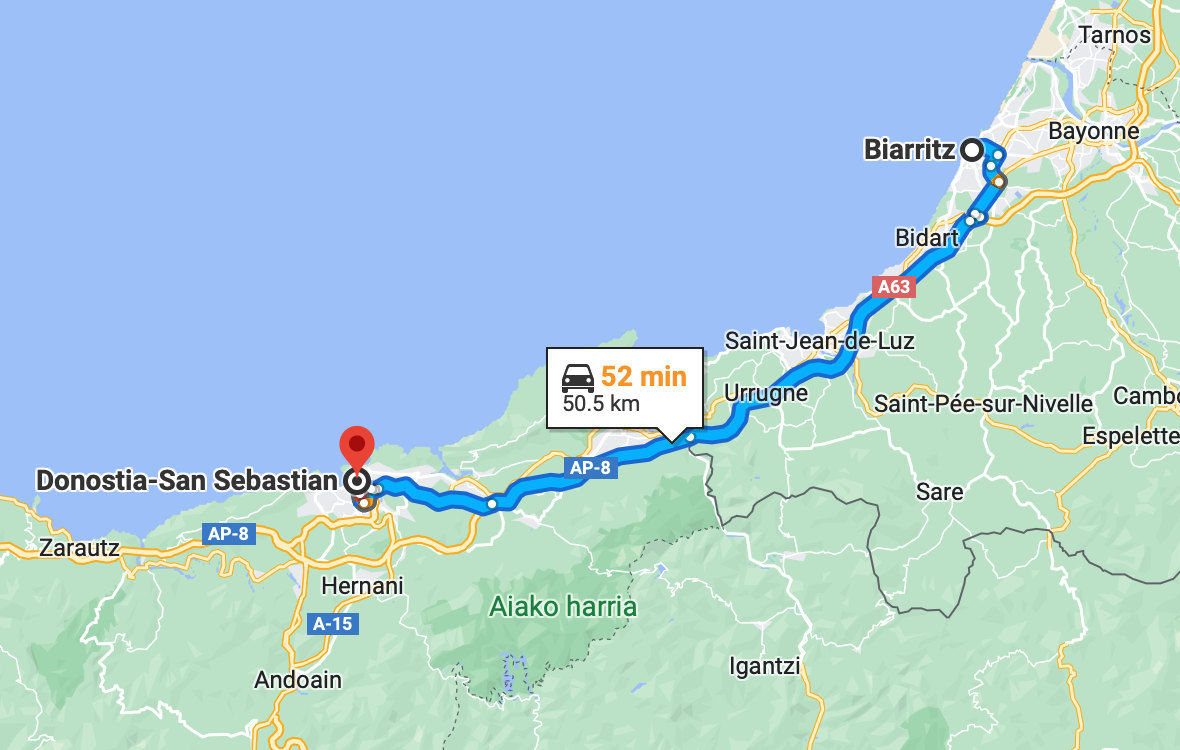 The drive from Biarritz to San Sebastian is only about 30 miles, and should take you no more than 45 minutes. You can also take a bus for under €10, but there are no trains between these two cities. San Sebastian is a food mecca with a high density of Michelin stars, and a gorgeous Old Town filled with world-class restaurants. Once in San Sebastian, you might as well keep going to Bilbao, a little over 60 miles west. That’ll take you 1-1.5 hours by car. Similarly, there are no trains, but buses are cheap and frequent. Bilbao is a cosmopolitan city with great art and better beaches, and a less touristy alternative to San Sebastian.

A note for drivers: While folks with a U.S. drivers’ license can drive in France for up to 6 months, Spain requires foreigners to obtain an International Driving Permit. Get one before you leave the U.S. It should cost about $15, and is effectively a translation of your license into several other languages for ease of use abroad.

Alright, now you’ve thought about where you’re going. Time to think about border control. Now, because France and Spain are both in the Schengen Area, they operate by the same visa policies. Meaning, if you have a visa for France, you can travel to Spain without interruption (unless there is some kind of exceptional circumstance).

Visitors from the U.S. will need to show proof of vaccination (and a booster shot) to enter France, but do not have to get tested, or isolate upon arrival. You may be asked to fill out a Passenger Locator Form. Unvaccinated travelers can enter France as long as they show a negative PCR test within 72 hours, or a negative antigen test taken within 48 hours. While masks are no longer required as part of daily life in France, they are highly recommended on public transport, and a mask requirement could be reinstated at any time.

Entry to Spain from the U.S. also requires either proof of vaccination, a recovery certificate, or a negative COVID-19 test (PCR within 72 hours, antigen within 24). Visitors from France to Spain, however, should not be asked for these documents, so you should be able to cross the border without any fuss. In Spain, masks are still required on planes, trains, buses, public transport, and in doctors’ offices, hospitals, and pharmacies.

Keep in mind that these side trips are better suited to a long vacation, since France’s border towns are nearly 500 miles from the major airports in Paris. At the end of the day, if you’ve got ten days and really want to dig into a city or two, it might make more sense (and save you a lot of money) to hop on a flight from Paris to Barcelona, which takes less than 2 hours.