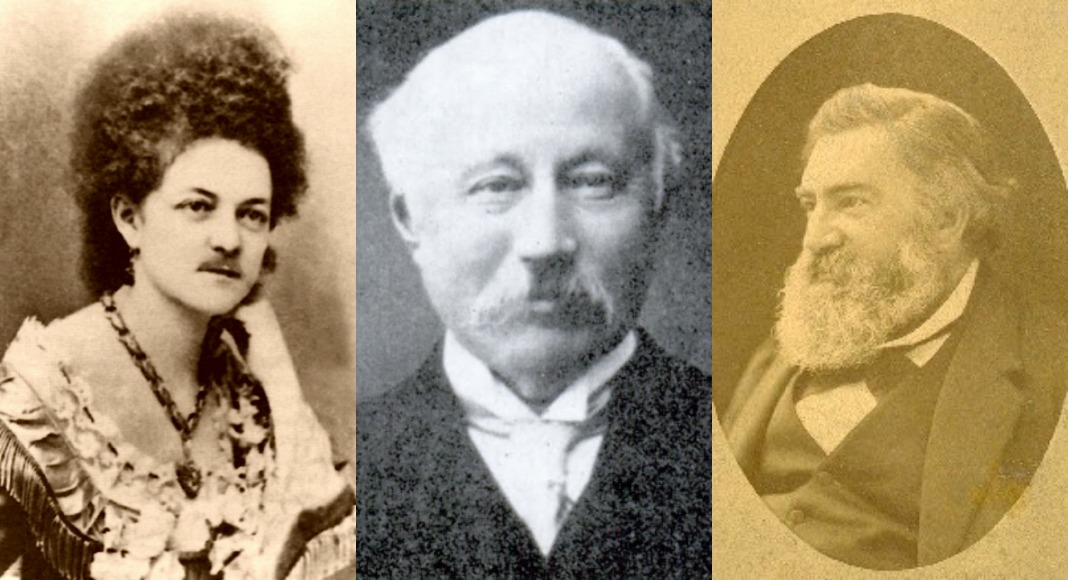 Why is San Francisco called “the Paris of the Pacific”?

“Commercial Street is French, decidedly French, and in it you may see a miniature of the great city of La Grande Republique, a mini Paris in San Francisco,” reads the blurb in the 1851 edition of The Alta California. More than a century later, Commercial Street still exists and nearly 65,000 French people like in the San Francisco Bay Area. Appropriate, considering that San Francisco is called the Paris of the Pacific.

The history of Frenchmen living in San Francisco began in January 1848, when gold was discovered at the Sierra Nevada foothills. The small town of San Francisco exploded seemingly overnight, going from 800 inhabitants to more than 25,000 over the course of a few months. That same year, President James K. Polk described the American West as having “gold in abundance,” and word quickly spread across the Atlantic. “At first, the French were skeptical and didn’t believe the stories about gold,” explains Gilles Lorand, a French-speaking guide in San Francisco. “They thought that Americans were making these stories up to get people to move out West.” But some Frenchmen were nonetheless enraptured by the rumors of gold in San Francisco, partially due to the fact that 1848 France was in “a deplorable state politically, economically, and socially,” Lorand adds.

The first French boat arrived in the Bay Area in September 1849 after a six-month boat ride. Between 1850 and 1851, nearly 15,000 Frenchmen headed for San Francisco. “The first wave was mostly middle and upper-class French people because the trip cost about 1,000 francs, the equivalent of one year’s salary,” Lorand continues.

The French community moved in on Grant Street (formerly Dupont Street) and Commercial Street, in the extension of Long Wharf where goods from France and elsewhere were unloaded. “In French Town, you could find Bordeaux wine, spirits from Normandy, and feathered hats and dresses in style in Paris.” In 1852, of the 36,000 permanent residents of San Francisco, 6,000 were French.

Between 1852 and 1853, the second group of French migrants landed in San Francisco at the insistence of president Louis-Napoleon Bonaparte III. “Napoleon III was attempting a coup d’État,” Lorand explains. “He tried to send away the intellectuals who could potentially become political obstacles.” Accordingly, Napoleon III created a national lottery raffling off trips to California. Nearly 3,000 of his potential opponents travelled to San Francisco at the State’s expense.

The third and final wave of migration saw women and children traveling to America. Lorand points out that “at the time, 90% of the French population in San Francisco was male. They were willing to pay steep price just to have a woman next to them!” While many French women made a fortune accompanying men, others became successful croupiers, or owners of gambling tables. Some women invested themselves in building a French community. The Church of Our Lady of Victories, which still holds services today, was built by migrant French women.

One of the most well known French people in French Town was Eléanor Dumont, alias “Madame Moustache” because of her prominent upper lip hair. “She ran gambling houses because she was a very good card dealer. She also ran Parisian Manson, the high-end brothel in San Francisco.”

Two Frenchmen, the Lazard brothers, made sure that all of the miners in the Bay Area had a safe place to store their gold by renting out safes. François Louis Alfred Pioche was another notable figure, convincing French businesses to invest in the American West. He used this capital to build the first railroad line on Market Street and to finance the work to supply all of San Francisco with gas and electricity. Pioche started the company that’s known today at PGE (Pacific Gas and Electric Company). In the Excelsior neighborhood, you’ll find Pioche Street, named after him.

The Verdier brothers, another set of frenchmen, opened City of Paris, the first department store in the Bay Area, in 1896. Back in 1850, when Emile Verdier arrived in San Francisco on a cargo ship carrying goods from Paris, shoppers stormed the boat. “He managed to sell all of his merchandise before he touched the ground,” Lorand adds. Neiman Marcus bought City of Paris in 1974. Still standing, the glass dome of the store represents a ship on the waves, accompanied by Paris’ motto, “fluctuat nec mergitur” (“floats but doesn’t sink”).