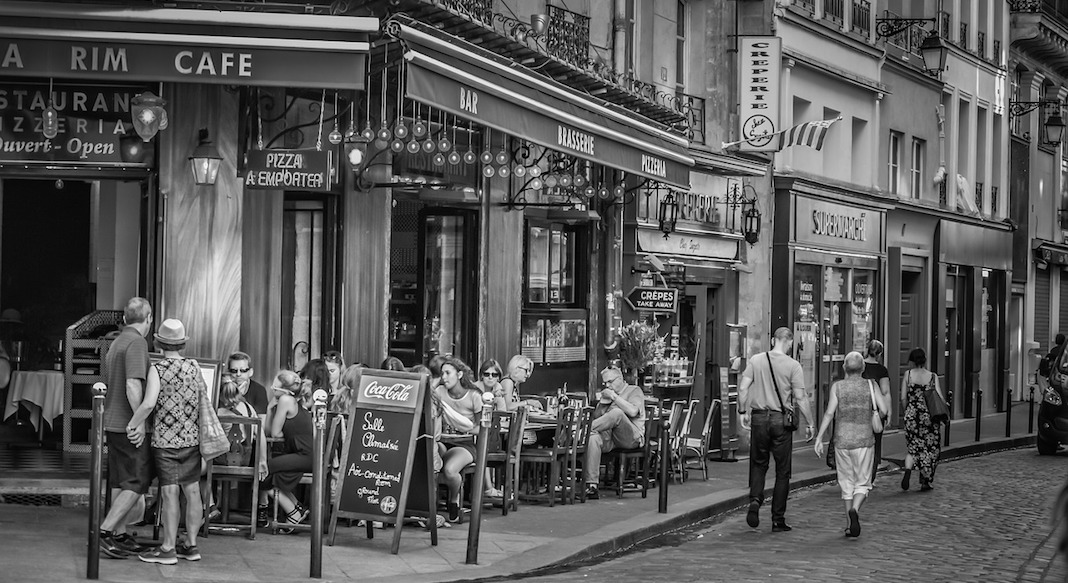 Racism in France: It’s Not About Skin Color

In keeping with our current issue of the week, we’re reposting this article as an essential reader on race in France. The original article was published on February 11th, 2015.

When French Prime Minister Manuel Valls referred to an apartheid situation in France on January 20th 2015, it may have looked to some Americans like France was about to address institutional racial discrimination. A New York Times article quickly followed up with a question: does this mean that France is going to start keeping race-based statistics as a precursor to anti-discrimination policy?

Here in the US there is a well-established and accepted link between skin-color and success. But what do the terms “white privilege,” “racial discrimination,” and “apartheid” mean to French people? Who are the minorities of France and in what venues are they assimilated and in what situations do they struggle for acceptance?

To decode the differences, French Morning caught up with TV5 Monde Senior Editor Slimane Zeghidour after he gave a talk on French media coverage of the Middle East at the Alliance Française in Beverly Hills.

Over a strong coffee at 11pm, he showed us a 2012 polaroid of himself with slain Charlie Hebdo cartoonist Wolinski. “I felt it,” the veteran journalist said of the attack. “Over my whole career I was always able to distance myself from the horrors I witnessed. But this was different. I felt the pain of it in my body.” He also made a surprising assertion: racism in France, he said, is not based on skin color.

French Morning: I would like to help Americans understand how racism in France is different than racism here in the US.

Slimane Zeghidour: In France there is no racism based on skin color. To see evidence of this you only have to look at the streets of France where you’ll see more mixed-race couples than in New York or Rio de Janeiro. Before being black or Arab, foreigners or the children of immigrants from Maghreb or Africa are formerly colonized peoples, people who’ve been submitted to a double-standard of law and justice dating back as far as 132 years ago for Algerians. It leaves deep marks, but not purely negative ones. It ranges from exasperation to admiration with hate, fear, defiance but also intimacy, love and marriage. Last year the French film that won the Palme d’Or at Cannes was directed by a French man of Tunisian origin. The highest French literary prize — le prix Goncourt — was almost won by an Algerian, Kamel Daoud.

If there is no racial discrimination based on skin color, where does the notion of apartheid come from?

Slimane Zeghidour: Even if there is very little or no racial prejudice, there is a very strong prejudice of class that is translated to a stigmatization of people living on the outskirts of big cities and who in large part are immigrants or the children of immigrants from Maghreb or Africa. But white people who live in these places are not better off.

Do you think there is a link between ethnicity and disenfranchisement in France?

Slimane Zeghidour: Given the cloistered nature of the functioning of the French elite which remains white and male, it’s still very difficult for a French person born to Arab, African, Turkish or Portuguese parents to break into their ranks, whatever his or her talent or level of study. This creates enormous frustration and a sense of injustice.

To get to the heart of the problem, you can draw a parallel between the US/UK and France: in France, white French people are intensely mixing with Arabs and blacks and inter-racial marriages are more common than in any other country in Europe. However, this is not true of the French elite. The don’t mix and don’t want to mix. Whereas one french person in 10 is Muslim there is not one Muslim among the 577 deputies of the National Assembly.

In the US it’s the opposite. Different peoples don’t intermarry, inter-racial marriages are still very rare. However, elites do accept racial diversity among their ranks in academies and political parties. To give a few examples from the UK, the mayor of Manchester is of Pakistani descent, Rotterdam’s mayor is of Moroccan descent, and there are Muslim Lords who have been knighted by Elizabeth II.

Often I’ll give conferences in our French Institutes in the Gulf states and I realize that the French people living there representing national industrial groups are often children of immigrants from Maghreb who have achieved very high levels of study. That means that those who are succeeding prefer to leave France.

If there are no census-driven race statistics, how do we know how many Arabs live in France and what the rate of inter-marriage is?

Slimane Zeghidour: Marriage lists are public and we can tell more or less where someone is from by looking at his or her last name.

How can France correct the absence of ethnic diversity in the upper ranks of its society? Do race-based statistics have a role?

Slimane Zeghidour: First it must be lucidly admitted that there is a problem. That must be the starting point for any change. It’s beginning here and there. There are some encouraging signs.

Where is the Charlie Hebdo attack in all of this? Can any link be drawn between that crime and ethnic tensions in France?

Slimane Zeghidour: It’s a terrorist attack, a barbaric assassination. To understand the killer’s motives we need not look to theology or specialists of the Koran, and to do so only gets us farther away from the root of the problem.

These were young men from broken families who never knew their father having grown up in foster homes. Any psychologist will tell you that the absence of affection breeds psychopaths, impressionable individuals who are unstable, easy to manipulate, devoid of context they seek a replacement father, a guru. This is barely an extenuating circumstance of their crime and is certainly not an excuse  — it’s simply an explanation. Because in order to get to the root of this spontaneous and savage terrorism, we would have to know where terrorists come from and why they choose death — their own and of others — rather than life.

To satisfy oneself with reading it as an expression of Islam that could somehow be violent by nature would only accentuate prejudices and blur the picture. I often say that just as we defeated the communist with social democracy, we will only defeat jihadist terrorism with Islam. It should be easy. This same terrorism has already killed more than a million and a half Muslims in Algeria, Syria, Iraq and Afghanistan. It’s their fight. We should be helping Muslims instead of mistaking them for their own executioners.