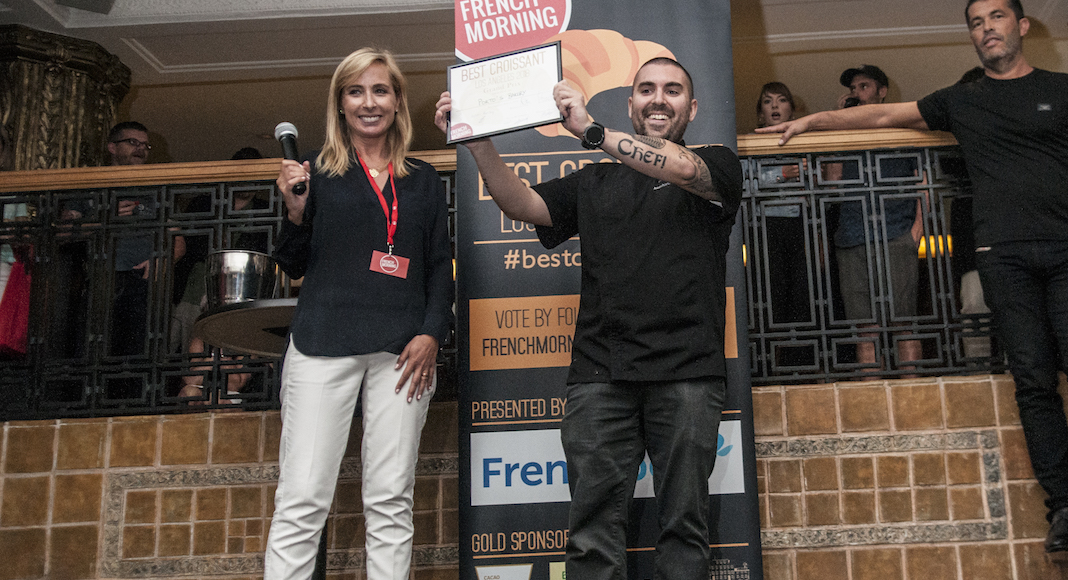 It’s proof that Los Angeles really is a melting pot: the French pastry chef from the Cuban bakery Porto’s Bakery & Café was voted Best Croissant in Los Angeles 2018 on Saturday, June 2. “I’ve been perfecting this recipe for years with ratios and quality products, it’s been a joy,” says Chef Matthieu Chamussy, who is very emotional from the win. “I’ve been in Los Angeles since 2007, I’ve wanted to enter a contest for a long time.”

The Frenchman, proud to represent French know-how in the United States, thinks he set himself apart from the rest with “the volume, the lightness, the bake, and the rather high percentage of butter but without being fat.” “I don’t cheat, I don’t take shortcuts, and I am very sincere during the creation process: I prepare the dough one day in advance,” he assures. He has been cooking in this family business for 3 years.

Seven finalists, selected by Frenchly and French Morning readers, rolled up their sleeves for the first edition of the contest, at Le Petit Paris restaurant. The scent of golden butter wafted from the establishment, where the pastry chefs presented their croissants and pain au chocolat, but also their speciality breads (almond croissants, Nutella puff pastries, tarte tropézianne, pistachio croissant, and more) stirring the appetite of the public who came en masse.

While the Angelenos were testing the products, the jury members blindly taste-tested each pastry made by the various bakeries before making their decision. “The winner had the best color, shape, consistency, and flavor, of course,” explains Steve Benjamin, chef at the Waldorf Astoria in Beverly Hills, who requested several versions of each baker’s viennoiserie.

“We saw some very, very good work. It was a very big challenge for the finalists, because it’s very difficult to reproduce French pastries with American ingredients here,” the jury member admits. “In the United States, we can have very good croissants and even better than in France. California organic butter is equivalent to French butter.”

A second prize was awarded by the jury for the best pain au chocolat. It was awarded to the bakery  Farmshop, based in Santa Monica. Created in 2010 by Jeff Cerciello, this brand is known for its wide range of sweet and savory pastries, including a gluten and vegan-free range. 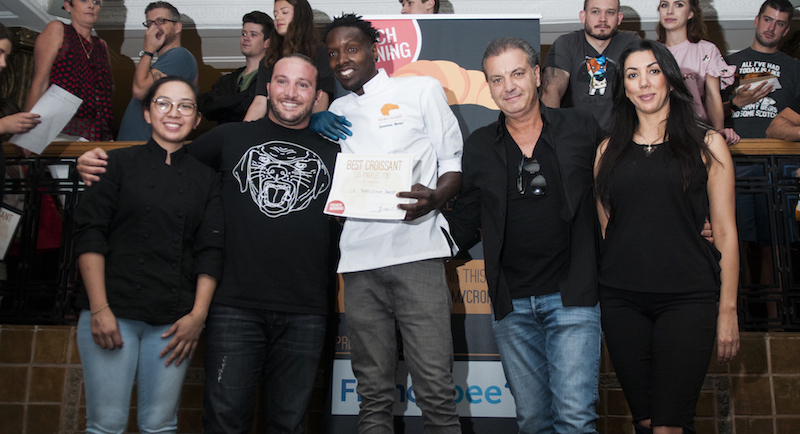 The public, meanwhile, was not left out during this gourmet afternoon. The more than 350 people present were invited to vote on the internet to decide which bakery would receive the Fan Award. La Tropézienne, which will open a new location in Downtown in three weeks, took home the prize. “We’ve been working hard for months with our chef Jonathan Breter,” says Jonathan Khalifa, co-owner of this bakery famous for its pies. “We’re really proud because we bring added value, and a French touch to Los Angeles.” And the team was all the more than touched by this award since it comes from the very people they seek to please, the public.