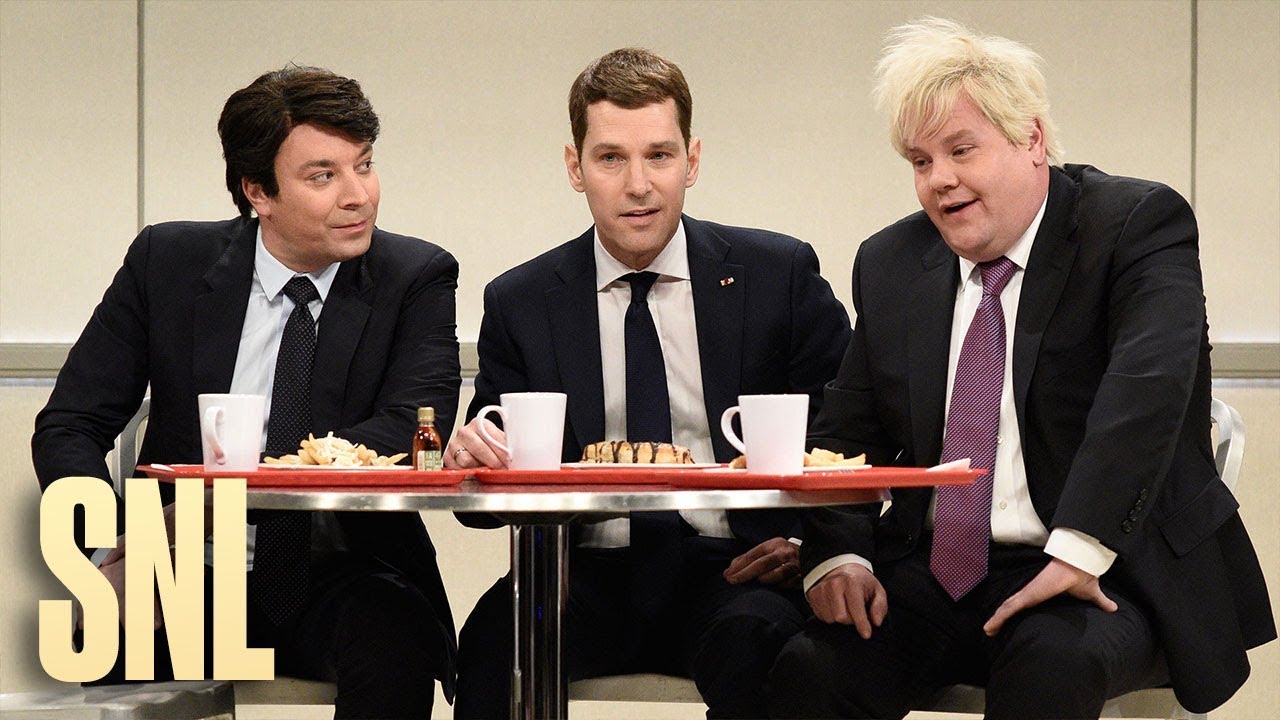 Last night, Saturday Night Live parodied the interaction with a NATO cafeteria scene that played out like something from the movie Mean Girls. Macron, played by actor Paul Rudd, Trudeau, played by late-night host Jimmy Fallon, and Johnson, played by late-night host James Corden, sat together at the “cool kids table” and taunted Trump, played as always by Alec Baldwin. Kate McKinnon reprised her role as Angela Merkel.

Rudd was an excellent choice for Macron. The long face, the slightly too-big ears, the royal blue suit and side swept hair recreated the French president perfectly. He gave Macron a thick French accent, one that doesn’t ressemble his actual accent while speaking English, but served the sketch well.

All throughout, the stereotypes ran rampant. Macron’s plate held a croissant topped with a chocolate drizzle, which if you live in New York you recognize as the same one sold at food carts, and he suggested they get some wine over lunch “because we are bad boys.”

The slightly cocky nature of Macron (Jupiterian, as the French have been saying, which is more severe) played out in Rudd’s depiction, while Corden emphasized Johnson’s blundering behavior. At one point in the sketch, when Johnson was explaining to Trump why he wouldn’t want to come to a party at Buckingham Palace, Johnson said, “You like younger women but this party only has Macron’s wife.” First lady Brigitte Macron is 66, 25 years older than her husband.

Some jokes were callbacks to the politicians’ previous moments on the global stage. In Macron’s attempt to convince Trump not to come to Johnson’s party, he told Trump, “The food, it’s all high quality but they’re small portions, it’s your nightmare.” Before Trump went to France on a State visit in July 2018, there was much talk of what food would be served; Trump is a notoriously picky eater, preferring fast food, steak and meat loaf.

As of Sunday at noon, Trump has not tweeted anything about the sketch.