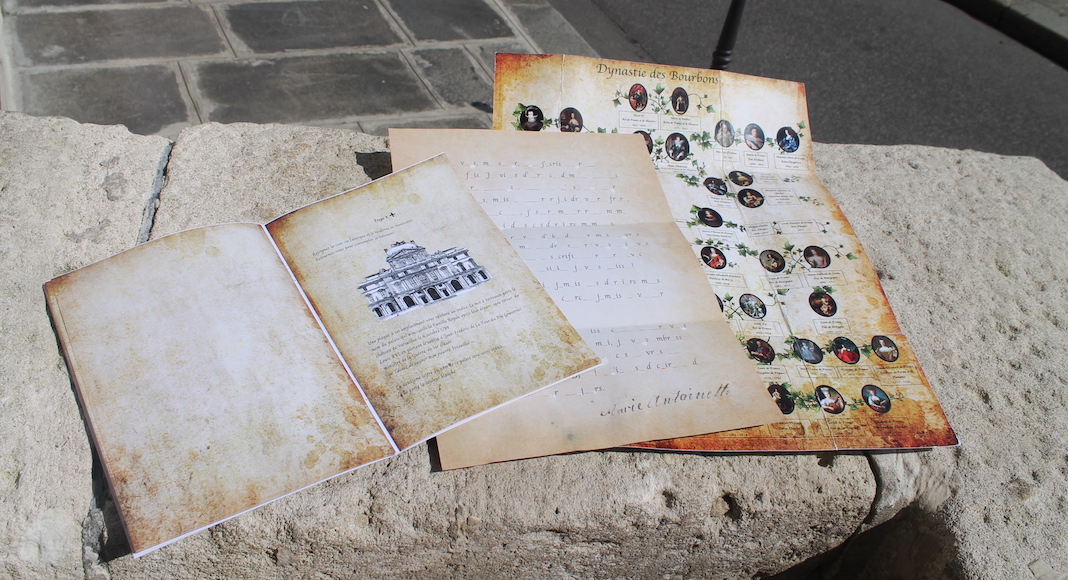 Walking tours are one of the great un-touted pleasures of visiting a new city, especially one as easy to get around in as Paris. Instead of wandering aimlessly into a tourist trap or a sleepy residential neighborhood, you can make sure you’re actually learning a little history and culture (while also getting in your steps). Here are some of the more unusual and delightful walking tours available in Paris today.

Crimes and torture in the old Paris

You probably don’t associate Paris with beheadings, witch hunts, ghosts, and tortures, but the City of Light has a rich historical dark side. And for those who relish being spooked, Cecilia Papadimopoulos’ terrific three-hour tour takes you back in time as it snakes through narrow lanes and back alleys filled with some of the city’s more macabre historical highlights.

The terrifying six mile tour treks through Place des Vosges, past Hotel de Ville (where the Guillotine was first tested on April 12, 1792), Les Halles, Île de la Cité, and the area around the Louvre. Imagine an amusement park haunted house ride-meets history lesson in the most jaw-droppingly beautiful setting imaginable. Highlights of the horror include: where a princess who had a penchant for cutting off heads hung out, or the poet who was found mysteriously hanging from a bell tower with a white lace said to come from one of his paramour’s corsets. You’re encouraged to imagine the screams as you walk down la rue des Marmousets where the fourteenth century demon barber and baker duo – who arguably inspired “Sweeney Todd” – dispatched their victims, and turned them into haute cuisine.  You end up seeing the City of Light, well, in a very different light.  As Cecelia points out, her tour “brings it to life, and people remember the juicy stuff.”

Laugh Your Way Through the Louvre

The sartorially elegant hipster art history teacher/tour guide/stand-up comedian sounds like quite a lot, but proves the perfect combination for a fun, informative, and truly memorable museum tour in Paris.

At his wife’s recommendation, Cedrik (who goes by his first name only) combined his two passions, comedian and tour guide. He recognized the power of humor to disarm people’s resistance to art.  “Definitely people open up with humor, it’s a great way to get people to learn serious stuff,” he notes.

In the three years since Cedrik began combining history with ha ha(s), he’s had over ten thousand guests “learning while laughing,” on what he says is the longest running Airbnb Experience.  Cedrik’s entire year is typically booked, so if a rib-tickling tour sounds like your thing, you better book it sooner rather than later.

He wants his guests to come away having learned something.  For a funny man, he takes the time and expectations clients entrust him with very seriously.  In return, they have serious fun.  “No one should lose two hours of their lives,” notes Cedrik.  He recounts how countless skeptical eye-rolling spouses who’ve been dragged along to the museum end up “sold on art history.”

“Leonardo was actually very funny, he wrote jokes all the time,” observes Cedrik.  Want some examples? Take the tour.

Groups of up to six spend ninety minutes touring the Louvre Museum or the Musee d’Orsay, bookended by fifteen minutes before for orientation and fifteen after for wrapping up.

2 Hours to Save Marie Antoinette

It’s January 21, 1793. Marie Antoinette awaits her fate in her prison cell.  Two faithful Royalists plan a plot to hatch her escape. You’re armed with intricate clue book, several historical documents, family trees of both Royal families, and a reproduction of an actual letter from Marie Antoinette that is missing some letters.  Find the clues hidden in plain sight around Paris to fill in the missing letters and, with decoder sheet, decipher the secret to releasing the queen!

Based on a true attempt to save the deposed regent, this fun and informative scavenger hunt teaches cool historical tidbits, and “your journey will lead you in the Paris footsteps of the most famous queen of France, in an attempt to free her, and change the course of history”.  Each team of three follows the leads through streets that she would have traversed, from Île de la Cité, past the actual Conciergerie where she was imprisoned, across neighborhoods leading to the Jardin du Palais Royal, the Louvre Museum, and finally meeting up after the two-hour hunt for a surprise ending at Place Vendôme.

If you’re into history, Paris, games, and intrigue, or just need a break from digital devices and the same old walking tour, then this one has your name on it.

The team behind this ingenious treasure hunt also offers one of Montmartre, in search of a treasure hidden in 1935 by an artist who left indecipherable clues in his notebooks. You have the key, and may have to go through all of Montmartre to find the loot.

Edith de Belleville is on a tireless and wonderful mission to get people to love Paris as much as she does.  Tour guide, font of historical knowledge, host of a marvelous Facebook page for Paris lovers, and author of “Belles & Rebels,” a history of remarkable women of Paris, she offers a number of tours, many under the same theme as the book.  The most popular of these with American Francophiles is her Coco Channel tour (think glamour and gossip as you gallivant to Place Vendôme).  Edith’s personal fave?  The Sarah Bernhardt tour, which ends at the site of the famous thespian’s namesake theater. Some of the other “Belles” tours focus on Empress Josephine and Simone de Beauvoir (with people watching at Boulevard Saint Germain’s Café Flore).  Tour categories include: “Roaring 20s” (think Hemingway, Fitzgerald, the “lost generation”), “At the Court of Versailles”, and “Muses of Museums” (“Fashion and Passion” at Le Louvre, “Under the Skin of a Courtesan of the Belle Epoque” at Musee d’Orsay).

Price: 80 Euros/hour (up to four people)