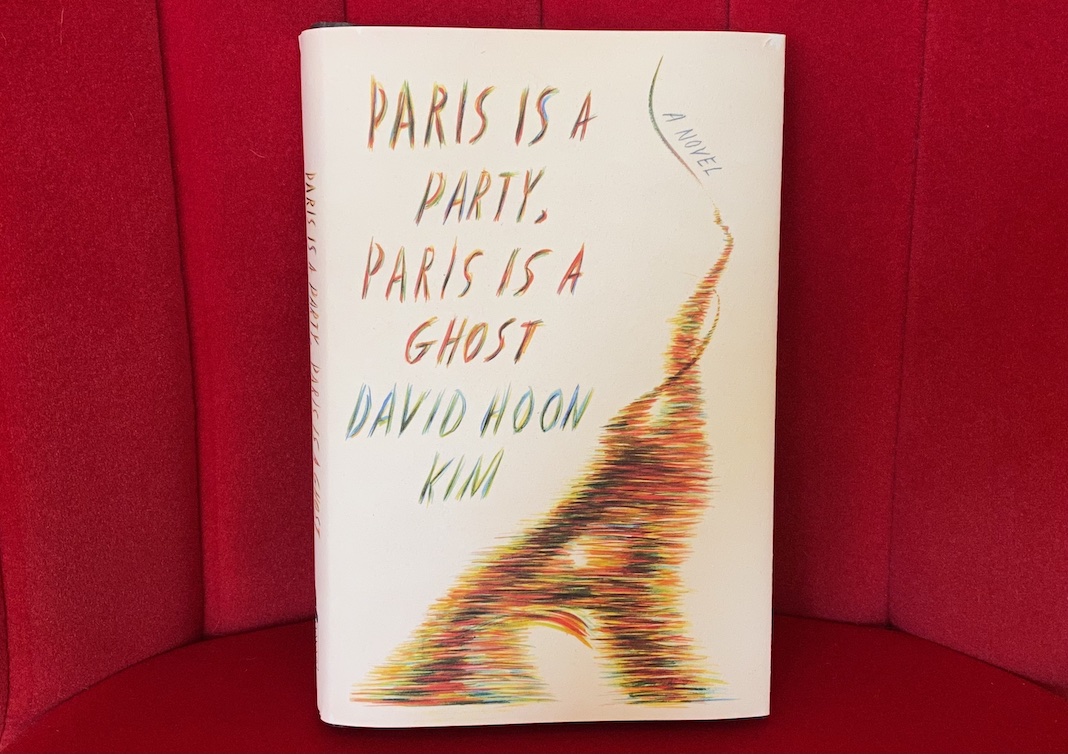 ‘Paris is a Party, Paris is a Ghost’ is David Hoon Kim’s Love Letter to Expats in Isolation

Paris has long been used as a stock photo backdrop for stories of romantic melancholia. And indeed, the title of David Hoon Kim’s debut novel, Paris Is a Party, Paris Is a Ghost, sounds like a long-lost Fitzgerald short full of champagne-fueled emotional breakdowns.

Instead, what Kim has managed to nurse to life is a haunting, surreal story of loss, and of being lost. Kim’s narrator is a Danish expat studying French and English translation at the Sorbonne. Only there’s one little thing that seems to trip people up about the quintessentially Scandinavian Henrik Blatand: his Asian looks, courtesy of the biological Japanese parents who sent him to Denmark as an infant to be adopted. It takes to the farthest extreme the dreaded, “But where are you really from?” style of casual racism, a commentary on the shortcomings of cosmopolitanism… especially in a city famous for glamorizing “expats” while persecuting “immigrants.” “The doubt always remained that I was not who I thought I was,” Henrik comments early on, “that, unbeknownst to myself, I was an imposter, a fake. I feared I was no one, in the end.”

The question of identity is an ever-shifting thing in Kim’s novel, and he uses relationships between expats to elucidate some of the surprising revelations every immigrant encounters. When Henrik befriends a Swedish student, Joakim, he becomes overwhelmed with a Danish patriotism he’d never thought to inhabit, delving into neverending fights over Scandinavian culture, and suddenly understanding the high emotions at football games. He later encounters an unusual pair of best friends among a group of Korean émigrés who seem to have nothing in common, “Their friendship the kind only possible abroad, where the fact of their being Korean overrode all other considerations.”

Henrik’s strange story begins with the suicide of his girlfriend, a Japanese student named Fumiko, who had been in Paris recovering from some sort of nervous collapse. After her death, Henrik seems to find ghosts all around him in Paris: a thesis advisor who never seems to be in office, a girl he met once on a train who he always expects to bump into at a party or on a street corner. Fumiko herself reappears as a doppelganger in line at the Louvre, or as a medical school cadaver. It’s an all-too-relatable portrait of urban life, where we are constantly surrounded by people, yet still manage to find ourselves so often alone.

Paris is a Party, Paris is a Ghost, manages to strike a darkly comic tone even while recounting suicides and hate crimes, as though they were just part of the checklist of daily chores. But one can always sense the abyss lying just beneath the thick, palatable layer of humor. The non-chronological order of the passages, and the inconsistent time gaps between them, conspire to collapse time into a desolate landscape of cold Haussmannian facades and bad European Chinese food.

But there is one area in which Kim’s true passion shines through the cracks: his love for translation. In addition to the French, Danish, and Japanese phrases sprinkled throughout, the sections dealing with Henrik’s translation studies at school reflect a level of nuance and meaning available only to the multi-lingual. “A good translator goes beyond content and form to reveal the impossibility of defining a language,” he is told by the professor, which is illustrated when a “simple” assignment to translate a six-line poem turns into a week-long obsession resulting in dozens of increasingly abstract iterations. Jealousies between students come to represent the universal fear of misunderstanding and being misunderstood, and how far we will go to avoid both. This lies at the core of Paris is a Party, Paris is a Ghost: an attempt to find oneself in translation, even when one already feels so lost.

David Hoon Kim is a Korean-born American who relocated to France for college, where he fell in love with the French language and began taking on translation and freelance writing work. He took his first creative writing workshop at the Sorbonne before attending the Iowa Writers’ Workshop and the Fine Arts Work Center in Provincetown. Paris is a Party, Paris is a Ghost stemmed from a short story he published in The New Yorker in 2007 called “Sweetheart Sorrow” (taken from the Danish expression kæreste sorg).