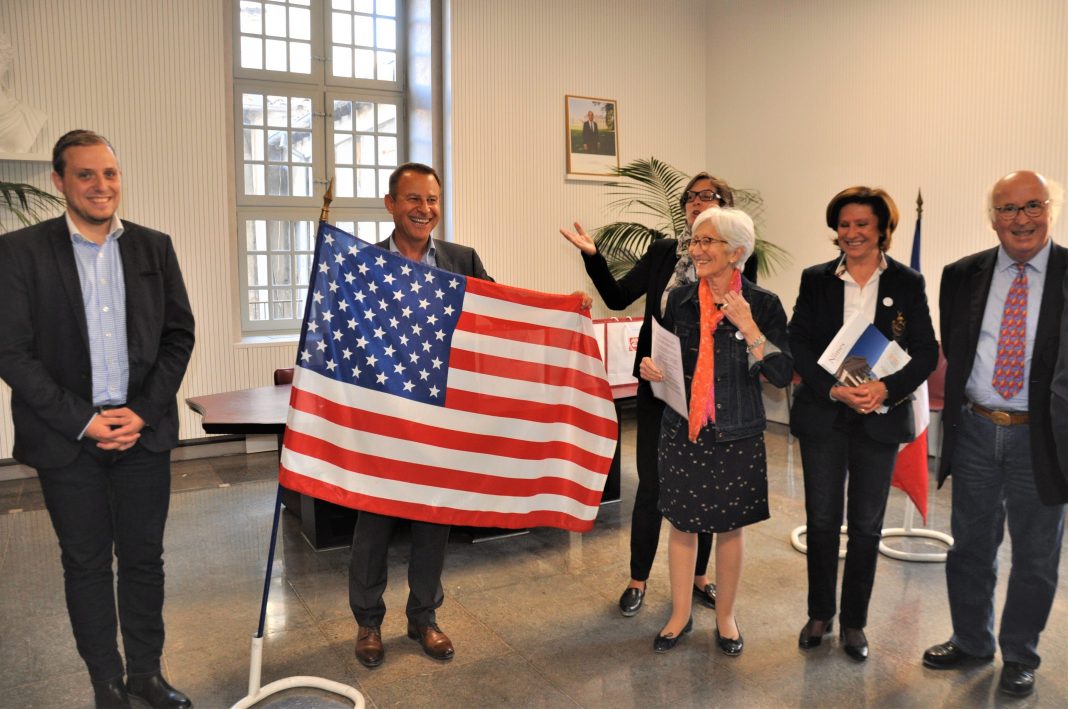 After a three-year process, the partnership between the cities of Nîmes, France, and Fort Worth, Texas, became official on February 13. These two medium-sized cities have many similarities in terms of the economy, culture, industry and entrepreneurship.

“Our aim is to extend cooperation in areas of art, sport, education, tourism and health. The overall impact of all sister cities brings $14 million a year to the city of Fort Worth,” said Mae Ferguson, president and CEO of Fort Worth Sister Cities International and also a representative in the State of Texas. Fort Worth has nine sister cities around the world, including Nîmes.

This first union with a French city will allow for new student exchanges and collaborations in the field of higher education and research. This should lead to the signing of an agreement between the University of Nîmes and Texas Christian University, Texas Wesleyan University, and the University of North Texas. Currently, Fort Worth is hosting a delegation of French students from the Albert Camus High School in Nîmes until February 25.

On the economic front, the number of companies in the Cévennes region has continued to grow, reaching more than 25,000 in 2018. For Nîmes, international development is an important opportunity and Fort Worth is strongly positioned in the aeronautics sector, and it’s about to host Facebook’s new data center.

When Fort Worth Mayor Betsy Price leads a delegation to Nîmes in September, discussions will continue regarding establishing a schedule for exchanges between the two cities for 2020, added Ferguson. “Between the Fort Worth rodeo and the bullfight in Nîmes, there is a total connection,” she explained.

The sister city projects do not stop there: the Board of Directors at the program in Fort Worth has a long-term plan that includes the addition of cities from South America and Canada, but no timetable has been set.