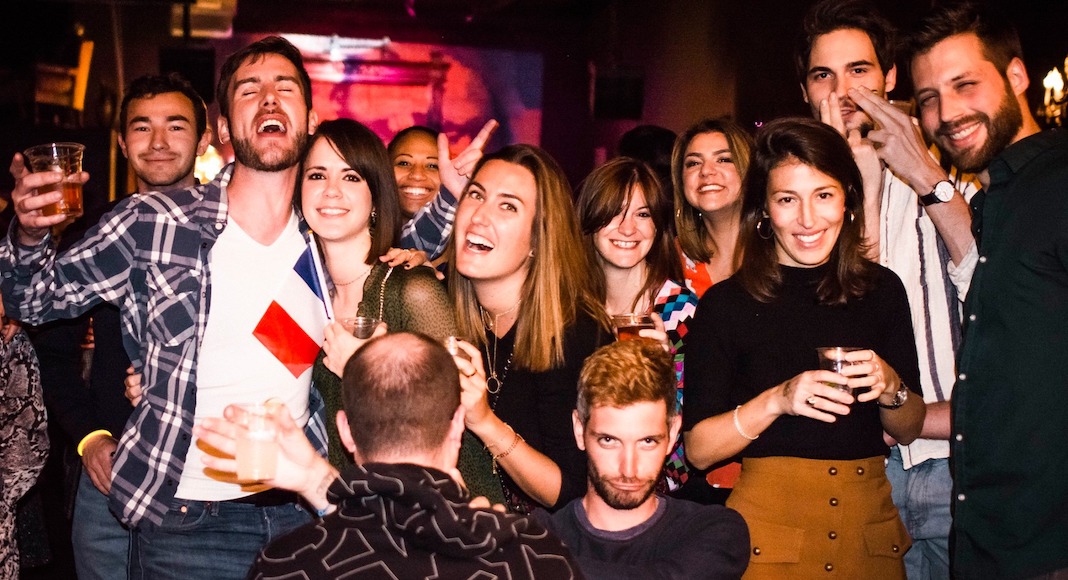 “Djadja,” “Non, je ne regrette rien,” “Magic in the Air” … These are the songs that have gathered hundreds of individuals to sing and dance to French hits all night long.

New York’s biggest French party Le Bal Français is back again for its fourth edition on Saturday, March 7 from 9 p.m. at 3 Dollar Bill in Williamsburg. “We visited more than 20 venues over the course of two months until we found the perfect place,” explains Valentin Delouis, co-founder of Le Bal Français with Maxime Aubin, a journalist at French Morning. “There’s a large bar area, a patio, and above all a huge dance floor fully equipped for a crazy sound and light show.”

Le Bal Français is a stateside recreation of local countryside dances in France of the same name. All a good bal français needs, says Aubin, who spoke to Frenchly about this endeavor in May 2019, is a venue, a DJ, and people — friends and neighbors, anyone from children to retirees — to enjoy classic French hits. In New York, Le Bal Français will have the same core, with a few extra features: giveaways, a light show, and a distinctly New York setting (3 Dollar Bill). “We want to bring together the French and Francophile community in New York and have a good time. Everyone is welcome to come, no matter how old they are,” adds Delouis.

The previous Bal Français, held in December, attracted 700 people Lot 45 in Brooklyn. If this edition is anything like the previous one, expect the event to be sold out several days in advance. Get tickets here.