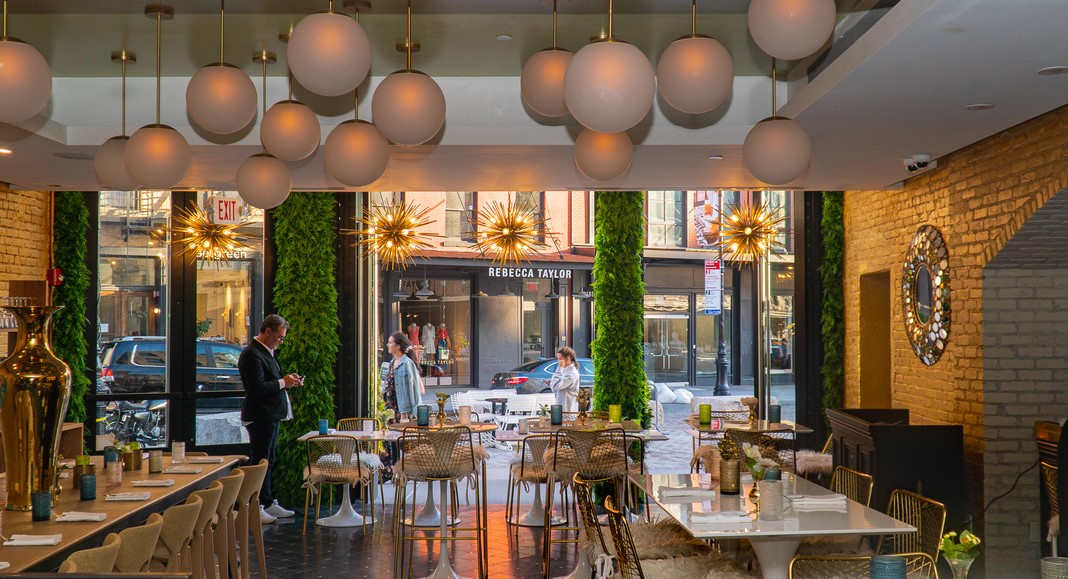 Mario Carta is embarking on a new adventure. The Frenchman from Metz opened his new restaurant, CoCo J’adore, on Saturday, June 1, with the help of his partner Alexandre Scheer. This is not his first time at the New York restaurant rodeo. In the twenty years since he expatriated to New York, the restaurateur has opened several tables in the East Village, including Chouchou and the extremely popular Pardon My French.

CoCo (not to be confused with Coco Bistro on Front Street) has the particularity of being located in the space where famous chef Jean Imbert opened his restaurant Encore in December 2018. It lasted only one month due to a so-called “technical problem.” CoCo’s menu offers a modern French cuisine (steak tartare, filet mignon, mussels…), although there are also some dishes from Italy, from where Carta hails. “We are also trying to break out of the usual standards of French cuisine,” describes the entrepreneur, who defines his cuisine as “modern French bistro.”

The decor is contemporary and chic. White, blue and black tones mix in the impressive dining room, which is divided into several spaces, one of which is a bar area. Mod brass fixtures, upholstered armchairs and contemporary art fill the place; curtains can be closed to reinforce the intimate nature of CoCo.

CoCo is the kind of place that certain millennials would consider “Instagrammable,” and several social media influencers have already shared photos of the restaurant on Instagram. It’s an essential strategy to attract the public, according to Carta: “Unfortunately, that’s what makes restaurants work today.”

A key idea for the creator of CoCo was to keep his customers at the restaurant all evening long, from the aperitif at the bar to the DJ set after dinner. “A DJ will play background music starting at 11 p.m., but it will be in a restaurant atmosphere where people can still talk. It will definitely be possible to get up and dance, too,” says Carta. “The construction projects in the Meatpacking district have finished. All the big restaurants are located here. Pastis, Bagatelle… It’s really a place that moves, I had the opportunity to be here so I didn’t hesitate.”