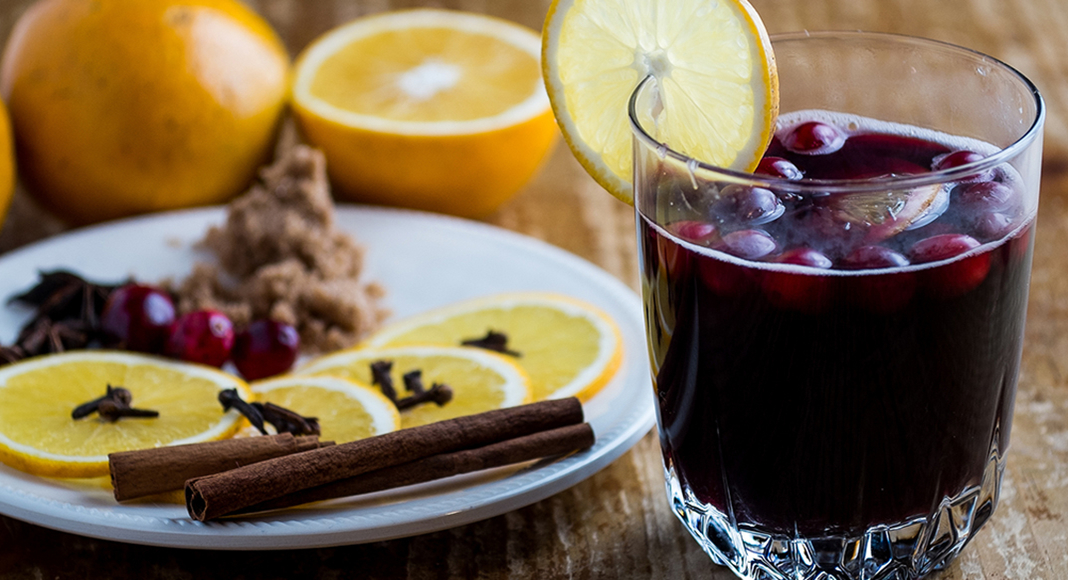 For those who have never had it, vin chaud (mulled wine) is a spiced, warm wine served in winter. It originated in Italy in the 2nd century — the Romans would drink it to avoid freezing to death — but as time went on countries added their own twist to the drink. The typical French vin chaud is made with wine, cloves, cinnamon sticks, an orange, and cognac. But this is not about making it, this is about drinking it.

In the dead of a New York winter, seek out the best vin chaud in the city. A word of caution: Unlike the holiday markets in Paris, and throughout Europe, the mulled wine is not flowing at the NYC markets. In fact, all that’s at the Union Square Holiday Market is German Glühwein — and it’s non-alcoholic. To help you find the best, here’s our review of five places for vin chaud.

The first thing you’ll notice about Pierre Loti is that, in typical French fashion, the bar has a glass-enclosed outside seating area with heat lamps. Maybe it’s because they’re always smoking cigarettes, or perhaps it’s that they’re always wearing scarves, but the French are determined to congregate outside at cafes even on the coldest days of the year.

A grumpy waiter (also very French) brings out two glasses of mulled wine in large, unadorned porcelain mugs. The wine comes at the hefty price of $12, but it’s worth it. Their vin chaud is heavy on the wine, and light on everything else. On a 32-degree day, it’s enough to warm the insides.

Nestled into Greenwich Village, just blocks away from the Stonewall Inn, is Buvette. Assorted knick knacks adorn every wall of the establishment, and incredible smells occasionally waft toward you as waiters pass by holding plates of tartinettes and coq au vin. The wine itself comes in a much smaller mug than at Pierre Loti, but at two-thirds of the price. It’s more richly spiced, so what it lacks in size it makes up for in flavor.

Café Gitane may have an unassuming exterior, but the inside is colorful, cheery, and welcoming, with high ceilings, retro decorations, a rounded bar, and tiled floors. Here you can pair your French-style mulled wine with any number of Moroccan and Mediterranean specialties. The mulled wine itself was a bit pricey for its size, but it was easily the thickest and fruitiest of the wines on this list.

Manhattanites, beware. You’ve got to go to Brooklyn for this one, but it’s worth every second of the trip. Number four on this list may be number one when it comes to perfecting the art of mulled wine.

With its bright red exterior, Spuyten Duyvil can’t be missed from the outside. Inside, it’s dark and narrow, with an enormous beer and wine menu. Here, you can pair your vin chaud, which is perfectly spiced and at a bargain price, with a fancy cheese plate.

It’s not a French spot, but it’ll do just fine.

On a cold, snowy evening, Café Select in Soho is perfect for a mulled wine (or two) after work.

In wintertime, strings of lights adorn the entire ceiling of this little bar, setting it awash in holiday cheer. The vin chaud was low on spices, setting it behind the other places in taste (because vin chaud should be more than just warm wine… but to each their own). However, the warm ambiance more than made up for the lack of spices. Santé!