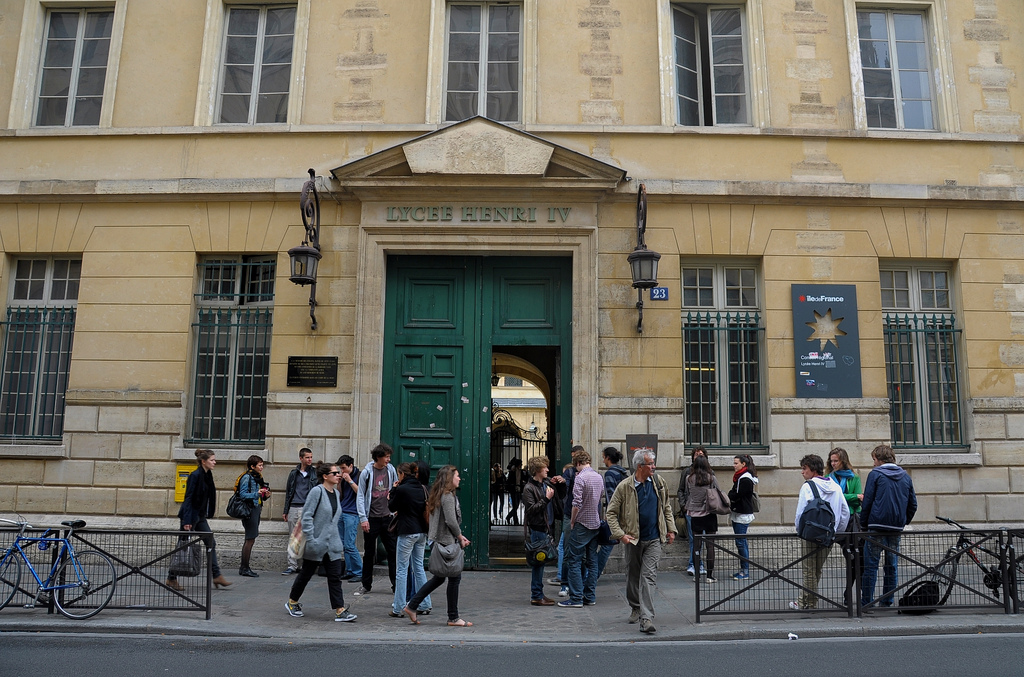 After nine months of Pregnant in Paris, French Morning opens up the world of being a brand new Maman in the city. Narrow sidewalks, tempting shops, and parks with their own social hierarchy: Motherhood in Paris never gets boring.

Every year on my birthday, my mother reminds me of the terrible, incredible, memorable ice storm on the day I was born. Obviously, I don’t remember it, yet I know absolutely everything about it. It’s as if I can feel the wind chill passing through my body, freezing every bone.

To continue this long-standing tradition of tales told over and over again, I have decided to let my daughter take her pick. If she’s lucky, she can even get a bi-yearly rotation. Year one, generally dreary weather. Year two, and this is the one she’ll hear about the most, that time all our trains out of and to Paris got cancelled because of a strike.

Let’s go crescendo and start with Year One: the weather. Sure, we had great weather in May these past two years. Does that make a third year of balmy spring weather a sheer impossibility? Are we deserving of bad weather this time around? Here I was, stocking up on cute shirts that will never see the light of day. I hear what you’re saying, that I can just wear them in July when there’s (optimistically) a fifty percent chance it will finally be sunny. That’s not happening: a two month-old wears a different shirt size every two weeks, which means I’m ripe for another visit to Zara Kids. At least if I lived somewhere warm, all I would need is shade, a hat, and some diapers: I’m blaming France for my compulsive baby clothing shopping from now on.

You see, bad weather on its own wouldn’t be noteworthy. In parts of the world, yearlong bad weather is a normal, albeit irritating, occurrence. What do you do when it’s raining all the time? You jump on a train to a sunnier locale…“Jumping on a train” is, of course, an expression. Parents everywhere know that days of last-minute dashes to the train platform, with nothing but a ticket in hand, are long gone. Travel takes planning, if only to check for the fifteenth time that your phone is lodged somewhere in between a pacifier, five diapers, and a book about pigs. Parents pray for easy travel, for babies that won’t cry, and no delays. So did I.

I was all set for my first train ride with a baby in tow. Tickets, diaper bag, extra onesies, it was all there. Then, suddenly, my train was cancelled. I bought another ticket, and that train was cancelled as well. A funny little thing called a strike was evaporating all hope of a smooth trip. You’d think here in France, we’d get used to it. Trust me: you don’t. You don’t get used to over-crowded trains, nor the passengers in a bad mood because they’ve been trying to get somewhere for the past 14 hours, and you certainly don’t get used to ending up stranded halfway through your trip. With a baby, you get the added bonus of annoyed stares whenever she opens her mouth to express her feelings vocally.

I have always been in favor of the right to go on strike, a right that demonstrates freedom of expression, freedom to disagree and to demand improvement. I used to be accepting of the hassle up to a certain point. Being a parent, however, really does bring out a primal side. Anything that is a hassle for my child all of a sudden becomes the worst possible thing on earth. Endless waiting for trains that were supposed to exist but no longer do, with a hungry baby, doesn’t elicit a single bit of empathy for those responsible. Living in Paris, I’ve gotten so used to complaining about pretty much everything that I’m not even happy I finally have something to complain about! Talk about a sad situation.

Let me be American for a second and “see the glass half full”, or consider the “silver lining” of this whole situation. The weather is awful, the country is almost at a halt as far as transportation goes (allow the exaggeration this time around): the only solution is to get creative with time. Stuck in a train station in the middle of France, there’s not much to do besides wait. With waiting comes imagination to make time go by faster, to make a baby forget she’s fussy, to remind us all that things really could be worse.

Ma fille, on the year you were born, there was a week where I booked eight train tickets for a single journey. We took a helicopter instead, and the pilot was a green rabbit. We flew down to sunnier skies and enjoyed a pina colada on the beach. Power of imagination, right?