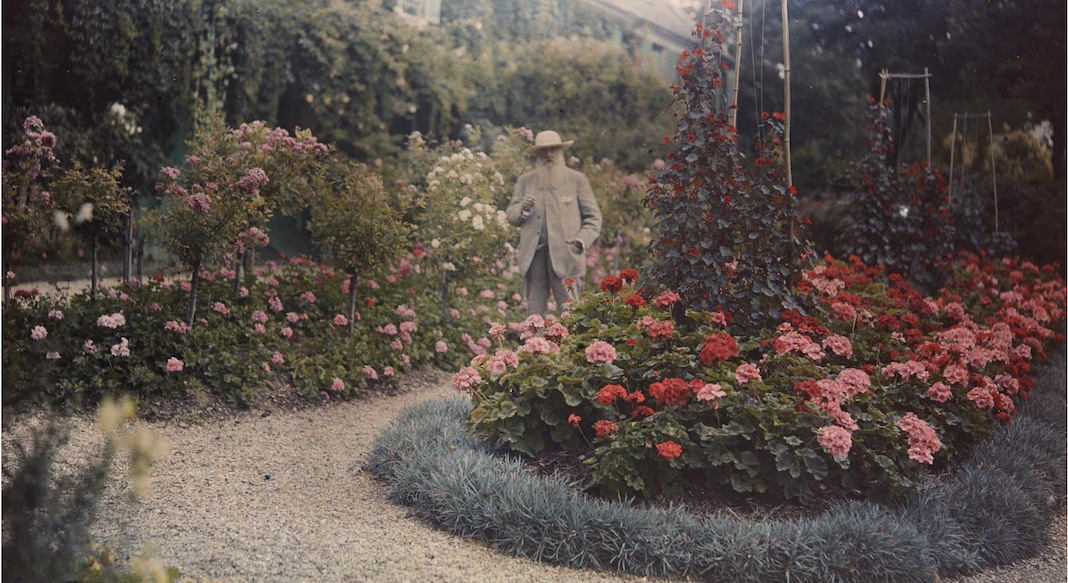 Two years after they hosted an exhibition devoted to Claude Monet’s early works, the De Young Museum is presenting paintings from the last thirteen years of the Impressionist painter’s life just before his death in 1926.

About fifty works, including around twenty on loan from the Musée Marmottan Monet in Paris, are on display from February 16 to May 27 and will undoubtedly attract crowds curious to discover a less well-known period of Monet’s career. “At an age when others have already hung up their brushes, Monet continued to paint: he had just lost his second wife, one of his sons died in 1914, World War I wreaked havoc, he is beginning to lose his sight, but he finds renewed inspiration in his garden in Giverny,” explains Thomas Campbell, director of De Young. A video projected at the very beginning of the exhibition shows the painter, a cigarette between his lips and armed with his brush, in this place he loved so much.

The exhibition begins with a few paintings from the 1890s, which allow visitors to rediscover the iconic Monet of Impressionism: the Japanese bridge, the reflections of light in the water, the water lilies — all classic themes of the artist. “We have deliberately chosen to show familiar works to better contrast with Monet’s end-of-life paintings,” explains George Shackelford, director of the Kimbell Museum in Fort Worth, who is a partner in this exhibition.

In the next room, the first surprise: the paintings are gigantic. You feel completely wrapped up, surrounded by these paintings exhibited in a space in a way that feels similar to how they were placed in the studio Monet built in 1915.

On a colorful walk through canvases, Monet remains faithful to the water lilies, and makes us discover the other plants of his daily life: roses, lily of the nile, irises, wisteria, and more. Marianne Mathieu, deputy director of the Musée Marmottan Monet, describes these paintings as “Claude Monet’s secret garden.” “These paintings have never been exposed during the artist’s lifetime,” she explains.

In the last years of his life, cataracts affected the painter’s vision to the degree that he borders on blindness, yet Monet continues to paint. The tones are warmer, the lines less distinct; the subjects are also darker, with a series on weeping willows, representing grief and the loss of loved ones. Monet painted what he saw, and the warming of the colors in his palette is characteristic of his illness. “You shouldn’t interpret the latest works through the prism of illness: Monet remained extremely precise, and didn’t hesitate to destroy the paintings he considered bad,” says Mathieu. “The artist was constantly renewing himself, and his last paintings preceded the abstract art that would dominate the rest of the 20th century.”