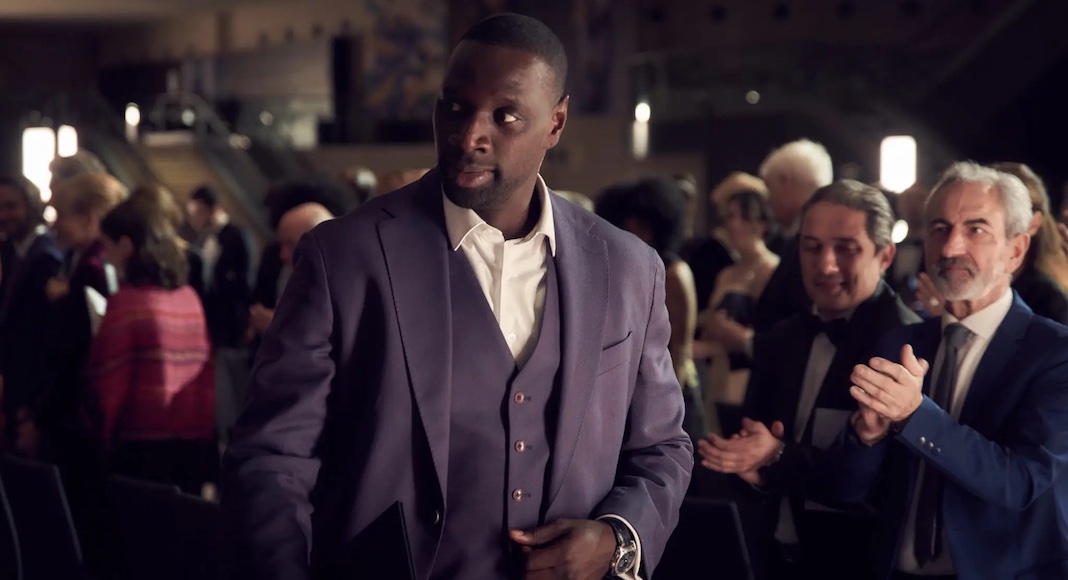 With all that is going on in the world right now, Netflix’s Lupin, much like its titular character, seems to have snuck up on us out of nowhere, taking our interest hostage with the first surprise hit drama of 2021.

Released on January 8, Lupin has skyrocketed through the rankings, already becoming the first French TV series to make it to the U.S. Top Ten (at time of writing, it sits at #3). Inspired by Maurice LeBlanc’s books on Arsène Lupin, the “gentleman burglar,” Dans L’Ombre d’Arsène (In the Shadow of Arsène) is the first, five-part mini-season of the show. The story follows Assane Diop, a young Senegalese immigrant who takes on Lupin as a literary role model after his father is imprisoned (and later kills himself) for a crime he did not commit. It’s a tale of vengeance with a familiar cast of characters: A lone gun vigilante. A cop who picks up the scent, but is disregarded as a conspiracy theorist. An old rich white guy who represents evil itself. There are double-crosses, train car chase sequences, fake beards and reversible suit jackets, and a MacGuffin in the form of one very expensive necklace.

The show is glossy and formulaic, but rather than feeling cliche, it somehow manages to capture the essence of re-reading your favorite book for the umpteenth time: you know what comes next, but the adrenaline never ceases to kick in at just the right moment.

Most of its success can be offered up in tribute to Omar Sy, the Intouchables star in the role of Assane Diop. Sy is magnetic as always, quite literally larger than life. The contrast between his impossible-to-deny hulking physicality and his gentleman’s light touch, topped off with a generous helping of panache, an impeccable wardrobe, and a loveable rogue’s smile, make him irresistible. Sy’s skill is in allowing tragedy to roll off his back. His nonchalance and humor are fantastically funny against the backdrop of an otherwise dark storyline.

Assane is a morally ambiguous character you can’t help but root for. He’s a Robin Hood for present-day Paris. In one scene, Assane convinces an elderly parisienne to hand over jewels her husband took from the Belgian Congo. “The locals were sitting on a fortune,” she says. “They didn’t realize. We helped ourselves.” Which is exactly what Assane does as he pockets the woman’s valuables.

The show’s theme is like Sy: slick and sly, cheeky and upbeat just at the moment of the plot’s most fraught moments. With the way the show is filmed, you are constantly made aware of the space you inhabit, with overhead views that mimic security cameras or passing snipers. When it comes to Lupin’s schemes and tricks, the show does a good job of mixing old school techniques (like pressure points to knock someone out) with new ones (like a threatening use of deep fake technology that feels like science fiction, even as we know it to be real). In terms of tone and escapades, it feels like a French version of a Sherlock Holmes story, with one clear difference.

Assane seems to stand in, in a lot of ways, for the everyday black man generally ignored by society. In one scene, he literally switches places with another man in prison, and absolutely no one aside from the other prisoners notices. When asked to digitally render an approximation of his likeness, the police team tasked with bringing him to justice comes up with four different faces, none of which, as everyone continually points out, even vaguely resembles one another.

Lupin is a noir mystery and a thriller, but it has a striking sense of humor. It knows what its audience is expecting, and takes great fun in subverting their expectations. And, like a young Assane, we are eagerly awaiting the next chapter.