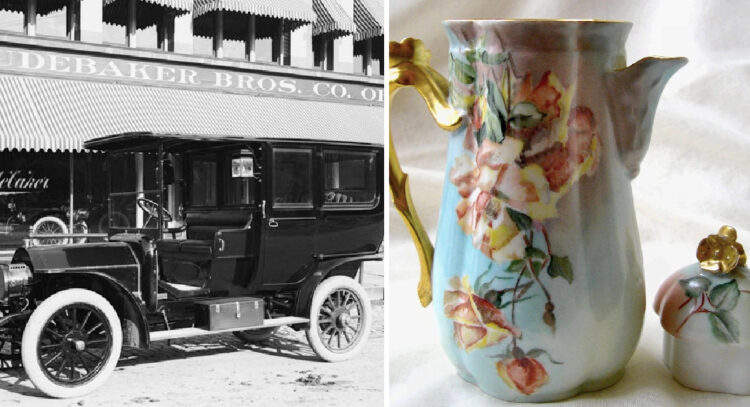 The city of Limoges is located in southwest-central France and is less than three hours by car from Bordeaux. With a population of about 133,000,  it is a bustling medieval city that neighbors the Limousin forrest. It was first founded by the Gauls, becoming the capital of the Gallic Lemovices tribe and was eventually renamed, “Limoges.” 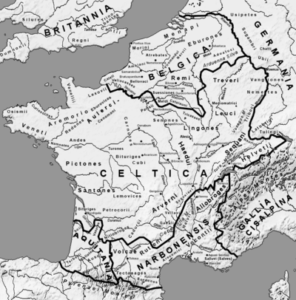 In 10 B.C., the Romans arrived and made a central square and two intersecting streets. Today this ancient city is an exciting off the beaten path adventure for the curious tourist and is home to quite a few attractions, including winding medieval streets and the Limoges Cathedral, which dates back to the 1500’s. Limoges is, most famously, the birthplace of the first limousine and it’s known for its highly prized decorative fine porcelain. Read on to learn how this relatively small and unknown French city became a seat of luxury.

The limousine of yesteryear is nothing like what we think of today. In fact, it was originally just a gold-colored horse drawn carriage and was defined as “a large luxury vehicle driven by a chauffeur with a partition between the driver’s compartment and the passenger’s compartment.”  While the name connection is unknown, it is supposed that the original drivers wore Limousin’s regional type of hooded cloak. It may also be possible that the sturdy wood from the Limousin forrest (which is also used to make cognac barrels, called tierçons) was used to make the carriages, thus giving it its name. 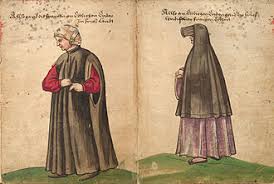 During the 1700’s, only the wealthiest could afford to ride in a horse drawn limousine. The first engine-powered limousine was developed in 1902 in the town of Limoges–it was designed so that the driver sat outside in a covered compartment, like in a carriage. Think Maggie Smith in Gosford Park. Soon, évidemment,  the original limousin carriage went out of style. 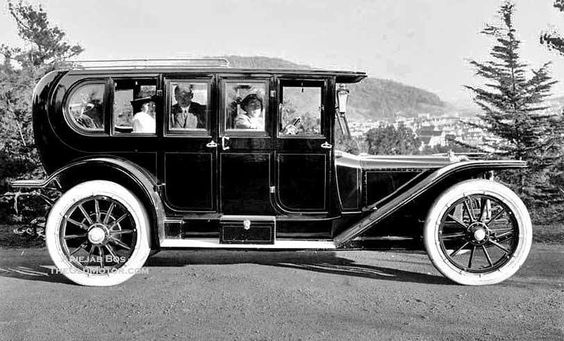 Unfortunately that was the end of the limousine in France. The Americans muckled onto the idea and made it long and big (naturally.) The first stretch limo was invented by 1928 in Arkansas—that’s a long long way from Limoges, France.  The appearance changed almost entirely from the original classic (we’ll spare you the imagery) and so did the clientele. Today, it is thought of as a fancy way to travel to to prom night, or perhaps a night out on the town, and… it has nothing to do with the forest and the French Limousine cloaks and Maggie Smith-type characters in the back seat.

You’re sure to have seen Limoges porcelain somewhere—whether at your grandmother’s house or even in a museum. It’s known for its decorative florals and sleek appearances. Porcelain was first brought to Europe by Marco Polo during his famous voyage to China. For the aristocracy, having fine China porcelain showcased a certain rank of status and prestige.  Around that time, the “‘Manufacture De Sevres,” near Paris, became the continent’s largest distributor of porcelain. That is until Limoges came into the picture…

The hard-paste porcelain began to be manufactured in Limoges in the late 18th century when suitable clay was found in the area. It was in exactly 1768, when a chemist’s wife in St. Yrieixin, a commune just outside of Limoges, found a white substance in the soil. What she had found was “white gold,” which would become the basis for the town’s  famous porcelain. 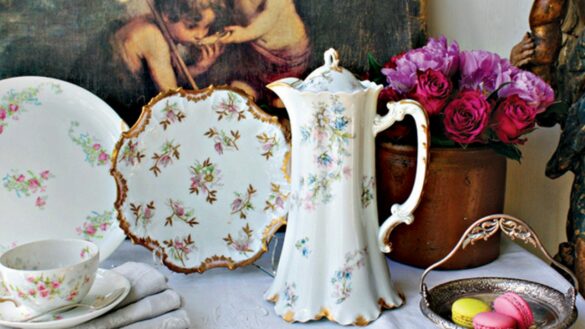 Thus, Limoges replaced Paris as the center of porcelain production. But Limoges’ creative past doesn’t stop there. The city had already been famous for vitreous enamel production in the 12th century. Businessman Jacques Turgot first established the production in the city which immediately began to flourish with its striking similarity to the valuable Chinese porcelain in the early 1800’s. By 1900, there were 35 factories and 120 kilns employing up to 8,000 workers in Limoges.

Soon, ethereally and beautifully designed and painted pieces of tableware were made in Limoges to adorn tables across the world. In particular, dresser sets were quite a popular thing, sometimes featuring  close to 24 pieces of large plates, smaller plates, cups, and more. More decorative pieces were showcased as a prized valuables within the home. The hallmark, and most valuable, Limoges pieces were produced between the late 1700’s until the 1930’s—those are today’s collectibles. Limoges porcelain is still produced, but in a much smaller quantity and with simpler designs in accordance with changing times. 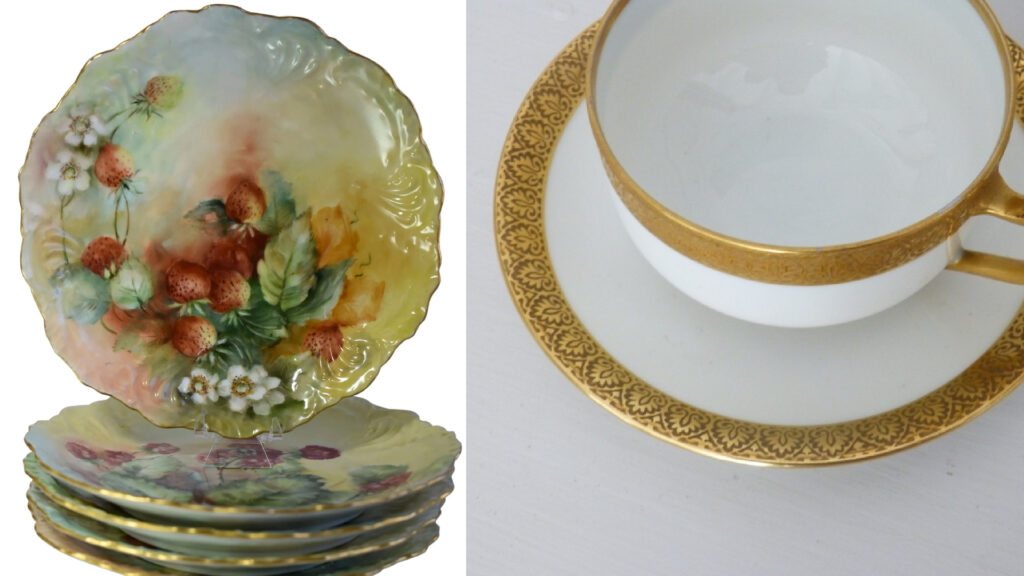 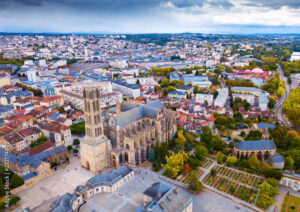 Plan your trip to Limoges today!

Limoges is  home to the Musée National Adrien Dubouché, a famous art collector from Limoges, which features around 300,000 impeccable ceramic items. At the museum you can also see some of the prized porcelain dating to the 1770’s.

And the city is made for a budget travel, without compromising on style and comfort. How about staying at a castle at Château La Briance or the Maison Durieux, a guest house in the middle of the Limousin. Airbnb also offers cozy and charming, contemporary and aged apartments for at around $50 per night.

Just outside the city you can take a trip to Saint-Léonard-de-Noblat to see its UNESCO-listed collegiate church. The 11th century masterpiece remains unchanged to this day. Another destination is the ghost-town of Oradour-sur-Glane, frozen in time after the massacre of June 10, 1944, when the  town was invaded by Germans who killed most of its civilians. Today it is a a historic stop, with its destroyed buildings and everything left as if a flashback directly to World War 2. And while you’re in the region, you might as well stop by the town of Cognac in the Limousin Forrest where you can indulge in the liquid GOLD of this land: cognac. In fact, cognac’s signature taste comes from the barrels that are made with Limousin wood, some of which is hundreds of years old.