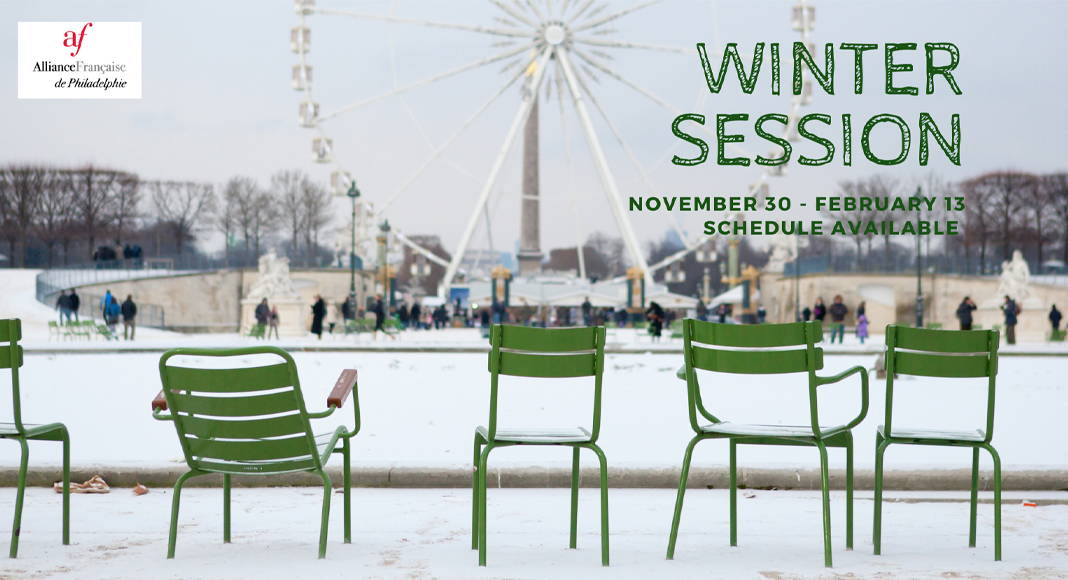 [Sponsored content] The Alliance Française de Philadelphie is a nonprofit organization dedicated to helping people learn French and deepen their knowledge of Francophone cultures. They offer a wide variety of classes for all levels and ages, many cultural events, and a welcoming community. Since they temporarily closed their physical doors in March, they have continued to enthusiastically and successfully fulfill their mission by innovating and adapting offerings, and transitioning to an online virtual platform.

The Alliance Française de Paris, which is now the headquarters of all 800+ chapters worldwide, was created in Paris on July 21, 1883 by a group including the scientist Louis Pasteur, the diplomat Ferdinand de Lesseps, the writers Jules Verne and Ernest Renan, and the publisher Armand Colin.

The first Alliance Française chapters in the United States were founded in the beginning of the twentieth century: in Boston and Baltimore in 1901; in Rhode Island, LaFayette, Detroit, and Worcester in 1902; and in Cincinnati, Falls River, Lowell, New Bedford, Providence, and Philadelphia in 1903. There are now over 100 chapters in the USA.

The first meeting of the Alliance Française de Philadelphie took place on March 9, 1903, at the Acorn Club. In the first year, over 120 members met regularly on Monday evenings for lectures, concerts, and poetry readings.

The Alliance Française’s goal of promoting and exploring French and Francophone cultures has been an important focus of its activities since it was founded, but equally as important has been creating an open and welcoming atmosphere for everyone. Receptions have always been held after each event in order for all of the members, guests, and lecturers to mingle with each other. So went life at the Alliance Française through two world wars:

In 1949, Thornton Oakley, then President of the Alliance Française, was a member of the Mayor of Philadelphia’s Reception Committee when the Train de la Reconnaissance Française came to Pennsylvania. The Train de la Reconnaissance Française was sent by France to the USA in gratitude for the Friendship Train of 1947. The train, fifty boxcars long, one for each of the forty-eight states, and one each for the District of Columbia and Hawaii, was laden with gifts, artwork, and treasured items, which represented the appreciation of the French towards the United States.

In perfect harmony with the Alliance Française’s efforts to promote French culture in Philadelphia through lectures and parties, is the publication of two books: French Philadelphia and Salut! France Meets Philadelphia. The books are wonderful resources for anyone who has an interest in the history of Philadelphia, be it based on culture, architecture, politics, or the arts.

As they continue to go forward into the twenty-first century, the Alliance Française will maintain the presence of francophone cultures in Philadelphia, through the continuation of its mission, and with the continued cooperation of numerous other institutions that are dedicated in their own manner to the promotion of French language and Francophone cultures.