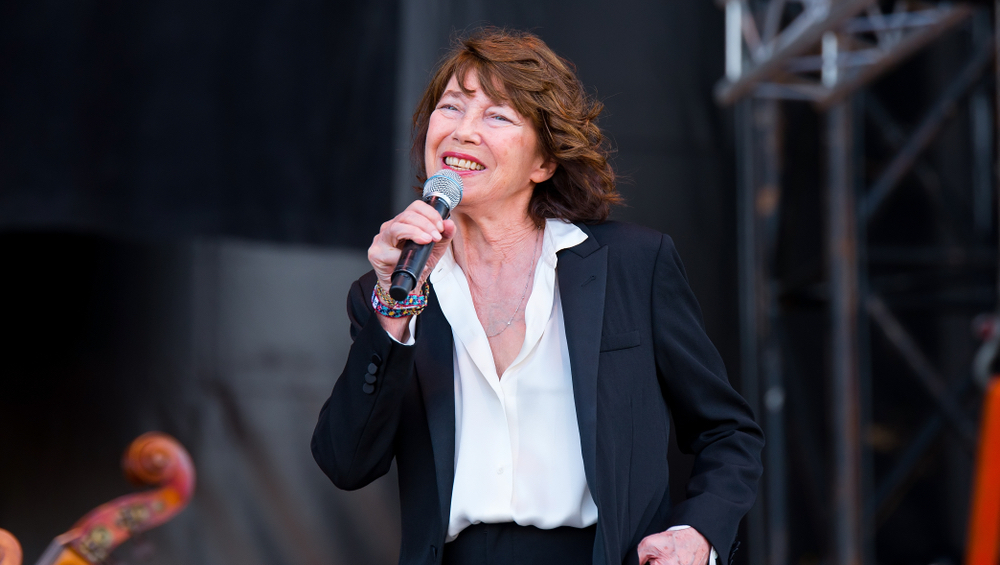 Jane Birkin on Gainsbourg: “He Gave Me His Saddest, Most Beautiful Songs”

“It’s weird to make Serge travel to a country he never came to,” sighs Jane Birkin. The artist will sing the songs of Serge Gainsbourg on February 1st at Carnegie Hall. A city where her daughter Charlotte and her grandchildren live, but which Serge Gainsbourg, her legendary love affair of the 70s, did not know.

At Carnegie Hall, the singer will perform her latest album, Le Symphonique. Twenty-two mythical songs by Gainsbourg, accompanied by the New York Philharmonic Orchestra, conducted by Nobuyuki Nakajima. Not enough to impress Birkin: “I’m often told that I have a small voice, but I think I sing better today than before! I sing with more confidence. Serge didn’t want me to sing loudly, he wanted it to be whispered near the microphone like him,” recalls the woman who shared Gainsbourg’s life for twelve years. “With Le Symphonique, we hear the lyrics well. The arrangements really allow that, thanks to accompaniments by piano or harp.”

It had been five years since Jane Birkin had given up singing because of a leukemia she’d fought for a year and a half. This battle was in addition to the death of her eldest daughter, Kate, in 2013. It was an impossible mourning that lasted for a long time. “I was locked up at home for two years. It was a black hole,” she confides. One day, Philippe Lerichomme, Gainsbourg’s former artistic director, asked her to read some of Gainsbourg’s texts on stage. “I realized it felt good to get it out,” said Birkin. It was during a tour in Montreal with these lyrics on stage that the idea of singing Gainsbourg with a symphony orchestra was born.

“He would have loved this accompaniment! I think he would have been disarmed by it,” says Birkin. Gainsbourg was influenced by classical music. For “Baby Alone in Babylon,” performed by Birkin, a movement from Brahms’ Symphony No. 3 accompanies the lyrics. In “Poupée de cire, Poupée de son,” written and performed by France Gall for Eurovision 1965, we hear a movement from Beethoven’s piano sonata n°1.

Jane Birkin rediscovered the joy of life with this symphonic project. The 71-year-old singer shines while talking about the album and the international tour that accompanies its release. Though she let Philippe Lerichomme choose the songs for the album, she personally insisted that “Une chose entre autres” be in the repertoire of Symphonique. Birkin begins to sing the first verses: “Une chose entre autres que tu ne sais pas, tu as eu plus qu’un autre le meilleur de moi.” This woman who fell in love with Gainsbourg in 1968 on a film shoot and remained his muse after their separation owes to him her musical successes. “From my 20s until his death, he gave me his saddest, most beautiful songs. It’s miraculous what he gave me. Since then, I have continued to thank him by continuing to sing them.”