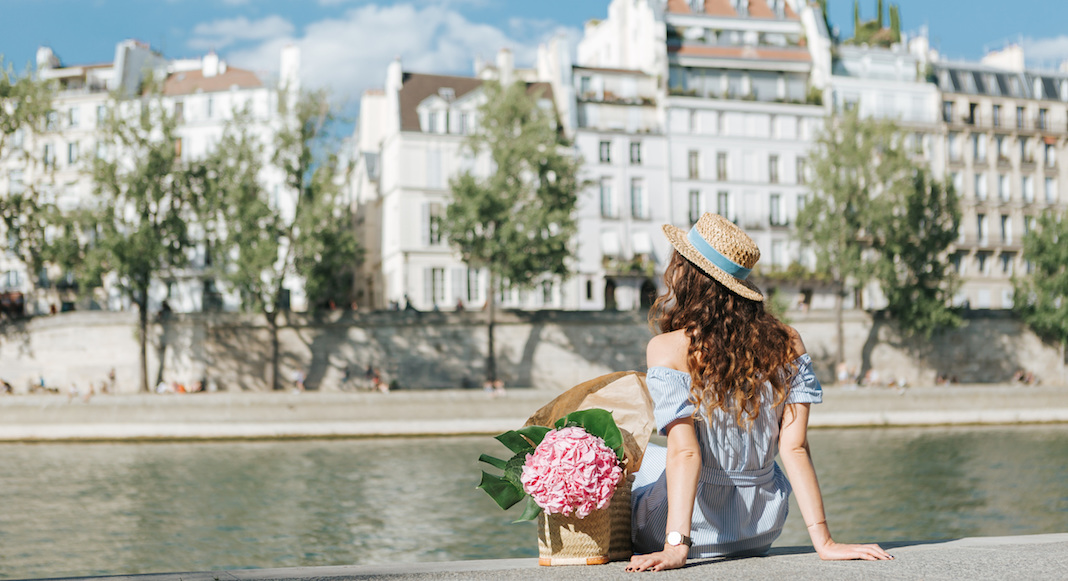 How to Spend the Perfect Sunday in Paris

Oddly one of the biggest culture shocks for Americans in France is the do-nothing Sunday. Better dubbed as the lazy Sunday, the seventh day is usually reserved for sleeping in, family lunch, returning from a weekend in the campagne, and sipping rosé with friends while waving the sunset goodbye before the much-loved French workweek (of 35 hours!) begins.

This space and emptiness that fills the city on Sunday should be seen as quiet and alone time to roam, think, and do all the good, rejuvenating that you missed doing during the week. Here’s your perfect Sunday itinerary, combining relaxing social hours with active walks, and peaceful green spaces with the buzz of the city.

Sleep in, it’s your day. But don’t oversleep so long that there isn’t time for coffee and contemplation before brunch.

The abandoned “Little Belt” railroad (Petite Ceinture) around Paris has been closed since 1934, but it’s not really closed. A lush green walkway over an abandoned railroad provides for a perfect Sunday walk to work up a brunch appetite.

(If you’re down for some adventure, the railroad tracks have some abandoned spots where you can enter in the 13th and 20th. Fair warning: this is illegal, but you’ll even find families and kids playing down there so you’re not really in danger.)

In some places on La Petite Ceinture there are official hangout clubhouses like the La Recyclerie in the 18th arrondissement. Brunch here is a must.

The perfect location for a summer daze, day dreaming of a different time, and even time-traveling is at the city’s famed flea market. It’s almost like leaving Paris to go to a small village since les Puces is one huge village made of little markets like Marché Vernaison and Marché Dauphine. If you’ve been needing to redecorate or just buy some tchotchkes, you’re at your Sunday-central destination.

You’re probably hungry now for a late lunch. Deep inside the flea market hides the kitschiest restaurant in all of Paris: Chez Louisette. Here you can lunch on classic French dishes and listen to Edith Piaf’s classics and an accordion playing inside this indoor guinguette. Fill up before returning to les Puces.

Whether you took a long lunch or went back digging at les Puces, it’s time to head back into the city to drop of your finds. (Or maybe you already went back and had un petit repos — a nap — and that’s fine too!) Before you even get to dinner, you have two options:

1. Pick up a bottle of vino at home and any apéro goodies you’ll need for an evening picnic on the Seine. You’ll be sitting at Quai d’Orléans. This is arguably one of the most iconic, yet not touristy views in Paris. You’ll have the backside of Notre Dame in sight and you can watch boats make the choice of which way to go around Île de la Cité.

2. Terrasses in Paris are iconic, but repetitive when you’re in the city. Head over to the Parc Rives de Seine for Maison Maison, the ideal terrasse with the view of all of Paris’ major monuments including Pont-Neuf. Plus, you don’t have to bring apéro with you, you can just buy it right here.

Not a far walk from either apéro location to Rue de Écoles, this bistro is one of those neighborhood “it” locations. You can even still see the original cupboard where regular patrons would leave their napkins to the left of the entrance. Of course, now the cupboard’s used just for decoration, but if a place has survived the challenge of time it must be good, right? And you’ll have the full Parisian experience here with perhaps not the most pleasant staff, but the most traditional dishes. Make sure to try the duck confit, the aligot (pictured below), and maybe a chèvre chaud salad too.

You’re just around the corner from Saint-Étienne-du-Mont church, whose famous steps starred in the Woody Allen film “Midnight in Paris.” The church might be closed, but the steps are there for you to people watch and dream away into a world where F. Scott Fitzgerald picks you up into a parallel universe.