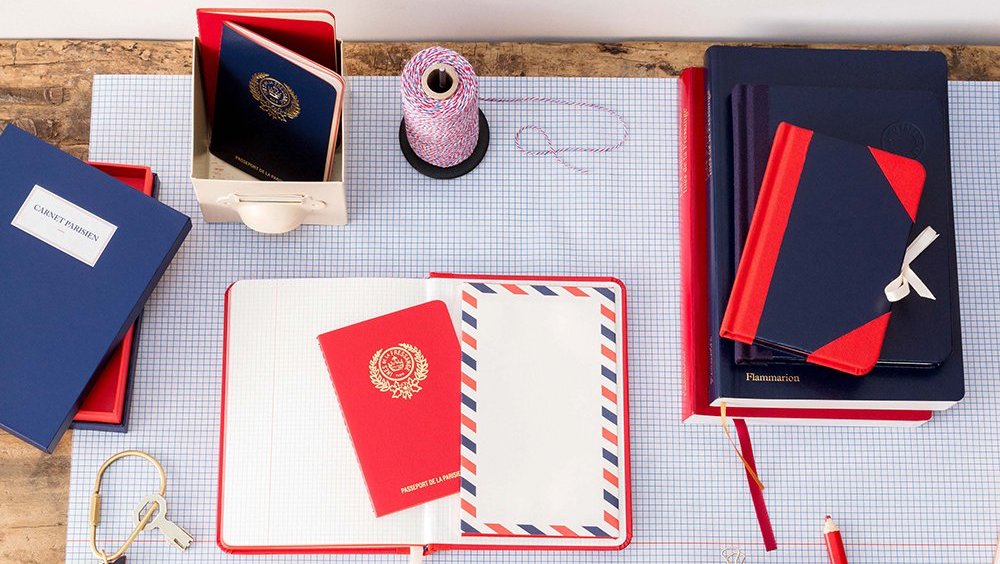 A model in the 1980s and an eternal style inspiration, the face of Chanel and a designer, an author and an entrepreneur, Ines de la Fressange is the Parisian icon.

Perhaps most notably for Francophile Americans who didn’t track her rise to fame, Ines is Paris’ biggest fan. Her favorite city and ultimate muse, Ines never seems to tire of France’s capitol. She’s written three guides to Parisian style and one to the city, “Parisian Chic City Guide” (Flammarion, 2016), written with Sophie Gachet, which has been translated into 17 languages and sold over one million copies.

Ines has become every Francophile’s Parisian fairy godmother. First she offered the key to the city in her guide book, now she’s providing the opportunity to make the Parisian experience your own with a chic new stationery set, perfect for planning, documenting, and noting your travels.

The Parisian Chic Notebook, a hardcover booklet with lined pages, an accordion pocket and page markers, opens enough to lay flat — an essential feature of a good notebook — so you can plan your perfect trip. From her city guide (organized by arrondissement), you’ll note all the best design stores, concept shops, and fusion restaurants, and street cafés to stop at. In the Parisian Chic Journal, hardcover with lined pages and small enough to fit in a clutch, document your favorite spots and stuff the back accordion pocket with ticket stubs. The Parisian Chic Passport, a passport-sized booklet of unlined pages, is small enough for sketches of street style looks, lists of French words you’ve never heard, and conversations overheard on the Métro.

Much like her “Parisian Chic City Guide,” which is notebook-sized with a cover notably absent of a vibrantly colored picture of Paris, the stationery set is designed to be sleek, not to call attention to itself. Pulling out one of the stationery set pieces at a table on a terrasse won’t elicit the usual feeling uneasiness that comes with pulling out a large, brightly-colored Barnes & Noble notebook.

As much of an accessory as it is functional, it’s a stationery trio that belongs with the “Parisian Chic City Guide,” and in any stylish Francophile’s carry-on bag (and don’t forget to say “merci” to your Parisian fairy godmother Ines).