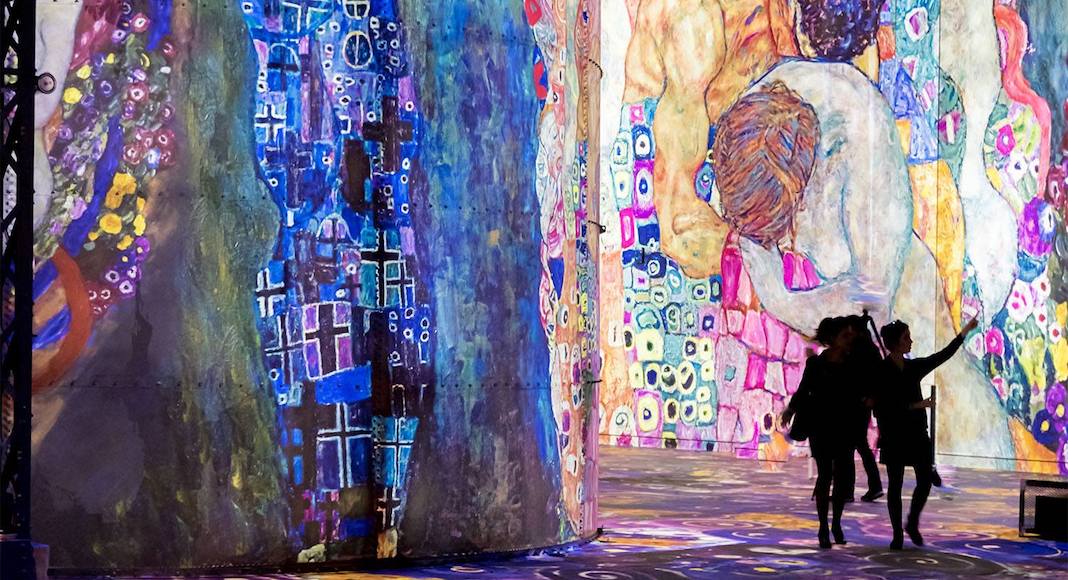 It may be the hottest ticket in town. The Atelier des Lumières (Workshop of Light) opened on April 13, and Paris has never seen anything like it. Described by its producer Culturespaces as “an immersive art experience,” it’s essentially a trippy sound and light show with a cultural purpose.

As Paris’ first digital museum of fine art, it’s been set up in a refurbished factory in the 11th arrondissement. Upon entering the cavernous, concrete and steel space with 30-foot tall white walls, you may be skeptical. Then the lights go out and the show begins.

Images start flashing around the room, dozens of them. A painting with other images floating around it with come into focus. Then, it dissolves and breaks apart, pieces spinning away. At first it’s difficult to know where to look, but all of the images are being shown multiple times around the room — on this wall, on that wall, even on the floor.

Music plays — a classical piece to match the paintings — and soon you feel yourself immersed in art and music. You are surrounded by beautiful images that let you see these paintings in a new way, alive with sound and color. It’s fully immersive; the effect is magical.

The show is powered by nearly 150 high-definition projectors, creating the largest video installation in the world. Computers use special effects technology to create and coordinate the display of thousands of images.

The Atelier des Lumières is the second art installation of its kind created by Culturespaces in France. The first, the Carrières de Lumières in Provence, draws over half a million visitors annually. Both sites feature a new artist each year, with Provence having shown Picasso, Van Gogh and Chagall in the recent past.

This year’s Paris program features Austrian artist Gustav Klimt, known for paintings like “The Woman in Gold.” There are also two shorter programs, one on the Viennese painter Friedensreich Hundertwasser and an experimental piece designed by computer algorithm.

Tickets cost 14.50€ and the shows sell out quickly so it’s advised to buy them online ahead of time. Show times, directions, and more information about the program can be found on the Atelier website. – Atelier des Lumieres, 38 Rue Saint-Maur, 75011 Paris