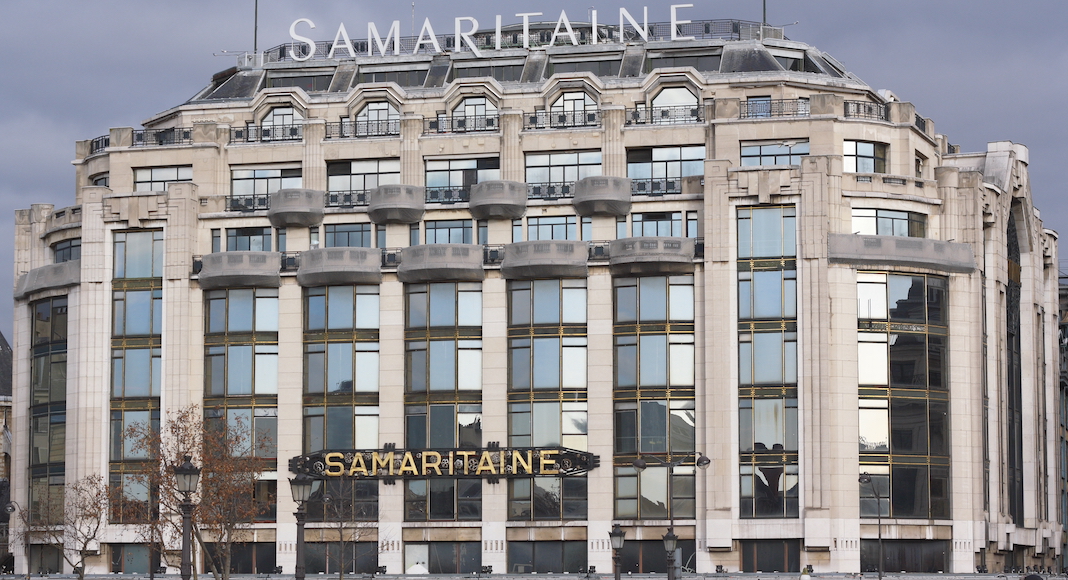 On Wednesday, June 23, Parisians will get a new-old department store to rival the likes of Printemps and the Galeries Lafayette. La Samaritaine Paris Pont-Neuf, which originally opened in 1870, was one of Paris’s original grand old department stores, an Art Nouveau masterpiece designed by Frantz Jourdain. French luxury conglomerate LVMH purchased 55% of the building in 2001, and the rest in 2010. But it was closed in 2005 for safety concerns. The last sixteen years have seen an unprecedented renovation costing €750 million ($894 million).

La Samaritaine has been classified as a monument historique by the French Ministry of Culture since 1990, but the new building has quite a few remarkable features to add. At the Rue de Rivoli entrance, there’s an undulating glass façade designed by the Japanese firm Sanaa. And the historic Art Nouveau glass ceiling will now shed light on a top-floor bar and restaurant, Voyage, one of 12 restaurants in the complex.

LVMH calls it “an exceptional mixed-use urban project,” with 750,000 square feet of space designed with the utmost environmental consideration. The building includes 96 public housing units and a daycare. On the opposite end conceptually is the building’s luxury hotel, Cheval Blanc Paris, with 72 rooms starting at €1,150 ($1,373) per night. 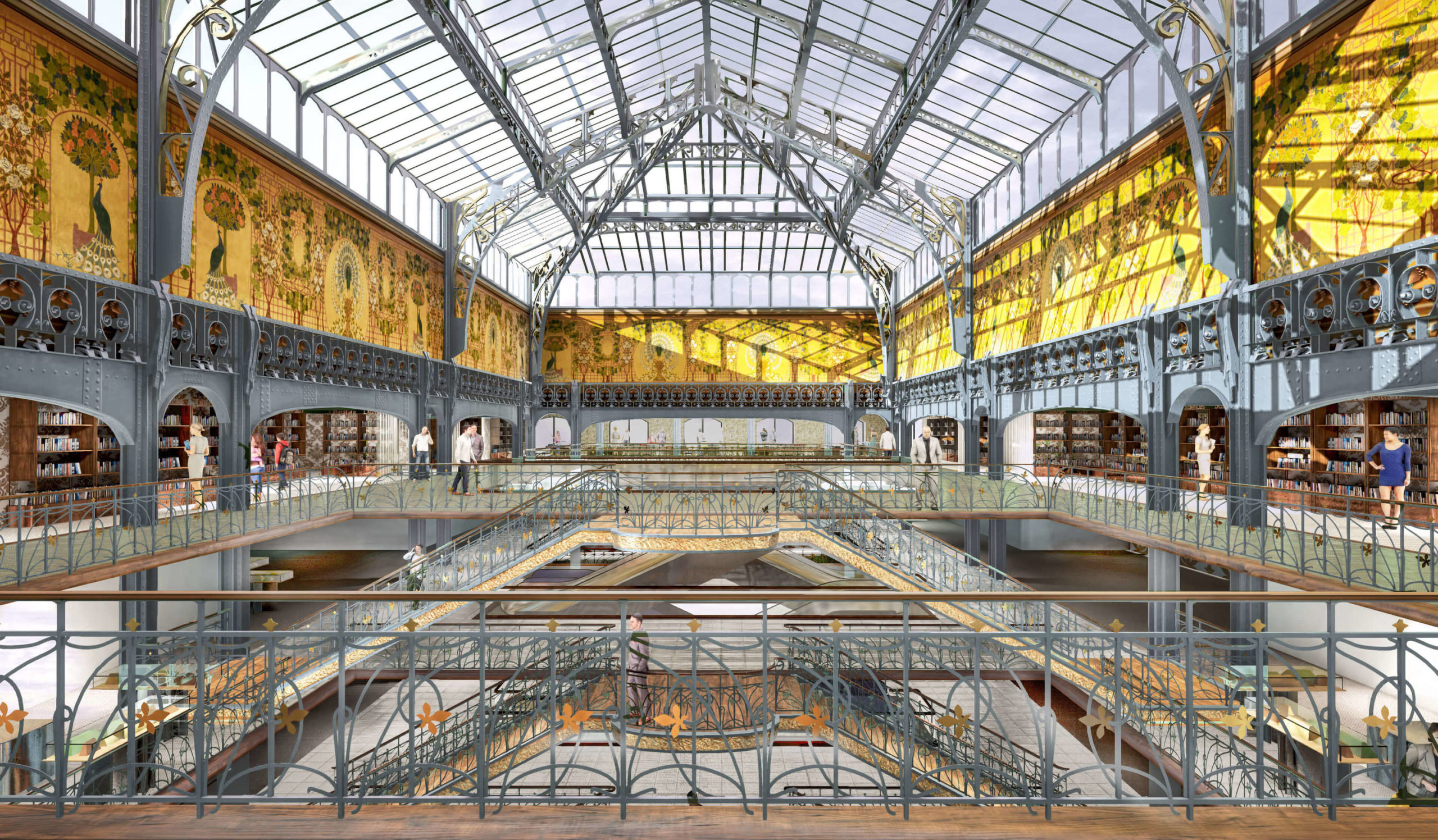 While smaller than its competitors (including Bon Marché, another LVMH department store, over on the Left Bank), La Samaritaine is all about big ideas. And a big gamble, as well, considering the lack of tourists in Paris while lockdown and travel restrictions slowly unwind. Ten million tourists visited Paris in 2019, and this year the Parisian Tourism Board expects barely half that… and only if the fall brings the post-lockdown travel boom they are hoping for. Chinese tourists in particular make up a large portion of Parisian department store revenue, both independently (spending on average nearly twice as much as tourists from elsewhere) and through the process of daigou, in which visitors load up on luxury goods to sell back home for a profit.

But even Parisians are steering clear of shopping centers, many having gotten into the habit of shopping online during the pandemic. LVMH is hoping that the 600 brands (many exclusive) represented in their new property will draw homebodies out of the woodwork, as well as the glamorous “experience” factor so elemental to this genre of luxury department store.

“We feel great pride in restoring access to a historical monument that has always been at the forefront of its times and holds a special place in the hearts of Parisians,” said Jean-Jacques Guiony, the Samaritaine’s CEO, about the reopening.

In addition to bringing new heights of luxury to Paris, La Samaritaine will also bring 3,000 jobs to the city. “The completion of this project, which both creates jobs and promotes a unique Parisian art de vivre around the world, is also a great source of pride for our Group in France and in Paris,” said LVMH CEO Bernard Arnault. “Many of our Maisons were founded in Paris, where we intend to make an active contribution to economic recovery, as well as the worldwide appeal of France.”