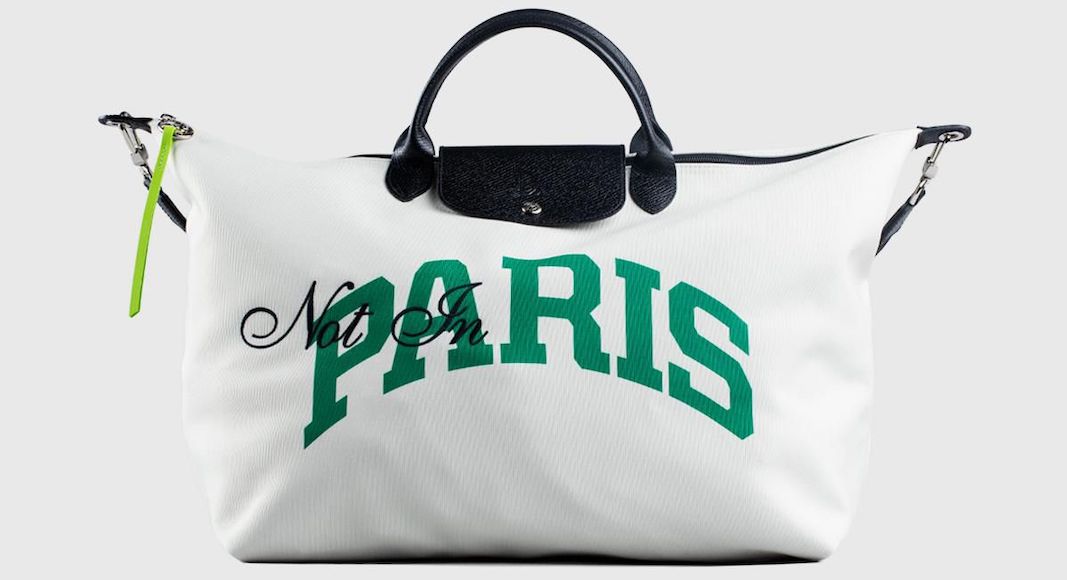 In June 2020, when Paris Fashion Week was still a post-pandemic fantasy, the streetwear-centric fashion, art, and culture magazine Highsnobiety decided to take fashion week online. They launched a digital collection called ‘Not In Paris,’ aimed at “celebrating creativity in the age of remote interactions.” The now bi-annual presentation, a curated multimedia series showcasing art, fashion, music, and design, takes place just before Men’s Fashion Week (or, in the case of 2020, when Men’s Fashion Week would have been). This year, only 6 fashion houses will participate, though a total of 72 are on the calendar when factoring in digital shows. Dior and Hermès are among those who will present live between June 22 and June 27.

But though there will be some live shows this summer, the true heart of PFW, the street style and people watching, will be gravely diminished. So Highsnobiety presses on.

The second edition Not In Paris ran in January 2021, and they are gearing up for the troisième edition right now, which will run from June 16 through June 22. There will even be a pop-up shop in Paris, the first time the Not In Paris collection will actually see the city that inspired it, at 198 rue de Rivoli, from June 19-26. Events and designer drop-ins will complement the exclusive shopping experience for Paris’s streetwear aficionados.

Partner brands include Thom Browne, MSCHF, Gucci, and Cartier, among many others, and the exclusive drops will include both clothing, novelty items, and intangibles (NFTs). MSCHF (known for their Birkin Bag Birkenstocks and Lil Nas X’s Satan Shoes) is releasing a blurred stack of Euros, after their blurred dollars went viral with a $56,700 auction price at Sotheby’s. Café de Flore, the celebrated Parisian coffee shop, is releasing specialty coffee cups and saucers, an ashtray, an egg cup, and… a baseball hat. Streetwear brand Bstroy has a collection of hoodies and other gear with neon red “Bistrot” lettering designed to look like a late night Parisian restaurant. CASETiFY has produced a unique Not In Paris iPhone case with an Eiffel Tower on it, and even Longchamp is getting in on the game with a Not In Paris-branded edition of their signature bag. French-Japanese music label Maison Kitsuné is offering branded coffee, and PSG, France’s soccer authority, is putting out jerseys for you to celebrate Les Bleus in style.

The entire collection feels like something out of a Latin Quarter gift shop, the kind of last-minute Eiffel Tower-studded trinkets you grab on your way to the airport for your least-favorite relative. Their collaboration with Jean Touitou from A.P.C. on jeans with “Paris” embroidered on the back pocket is described on their site as “an ode to classic, tourist style.”

The reappropriation of mass-market kitsch has become central to Covid-era street style, as with the rise of Zizmorcore in New York City. But Highsnobiety is doing something a little different… it’s letting big French brands in on the joke, allowing them to profit off of an aesthetic considered antithetical to Parisian style. The name is on the nose: the collection isn’t of or in Paris at all, but you’d have to be in the know to catch it.