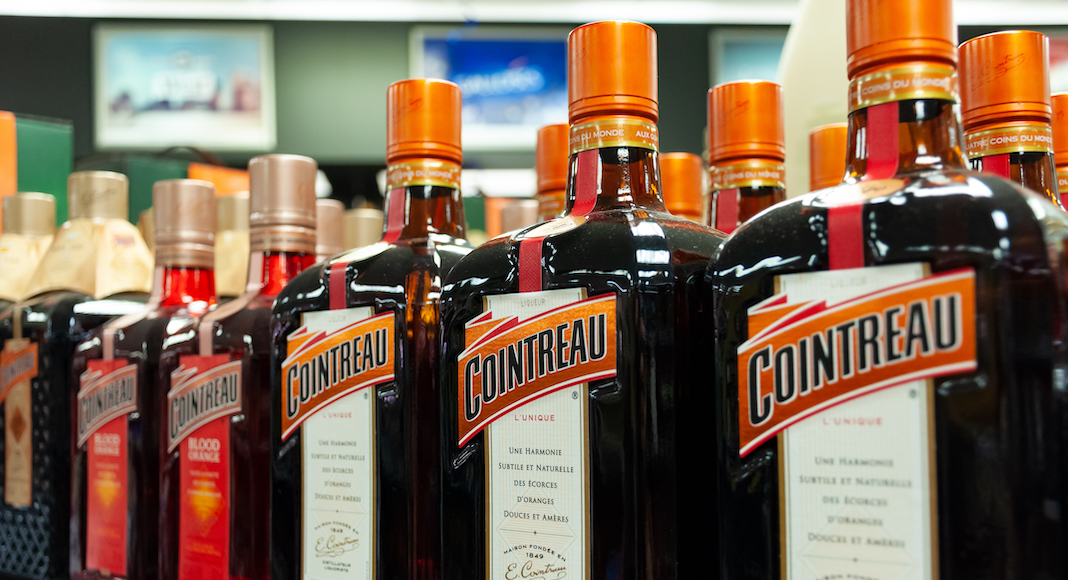 A Guide to French Liqueurs: What They Are, and How to Use Them

Though the hipsterization (read: Americanization) of Paris has led to a French cocktail boom in recent years, France’s rich mixological history goes back a hundred years or more. Wine might be plentiful, but there are plenty of other alcoholic beverages that have become part of the French cocktail canon. This is your guide to what they are, where they come from, and what to use them for.

Created in 1889 by Ferdinand Moreaux, Suze (originally known as Gentiane Suze) was designed to be “your stomach’s friend,” and could be enjoyed as either an apéritif or a digestif. It is distilled from gentian, a blue mountain flower with medicinal properties, which gives the beverage a fresh, floral, and slightly bitter taste. Swap out Campari for Suze for a White Negroni, or with St. Germain and prosecco or cava for a Suze Spritz. It pairs excellently with lemon as well in a jazzed up gin & tonic, or a Suze with soda on the rocks. 15% ABV.

Cassis, or blackcurrant, is a common ingredient in French drinks and desserts. Incredibly tart, but with a rich depth of jammy goodness, the liqueur version, or Crème de Cassis, is generally added to white wine or prosecco to make kir or kir royale, a French bar staple. Up until recently, blackcurrants couldn’t be grown in the United States, because of a fungus they carried that was harmful to certain trees, and thus, the timber industry. But this rule was repealed in 2003, leading to a newfound appreciation of this fruit, native to the Burgundy region of France. One of the most famous brands is Lejay, though it is not a trademarked recipe, so many alternatives can be found. Use it in any circumstance where you might use blackberries, like for a Bramble. It pairs fantastically with tequila and ginger ale for an El Diablo, or with bourbon and lemon for a Kentucky Royal. 25% ABV.

Chartreuse has gained something of a culinary cult following over the last few years. Its natural neon green hue, in the eponymous color, is the result of the 130 medicinal plants and herbs used to make it. The recipe was gifted to the Carthusian monks in 1605 by the Marechal d’Estrées, a prominent French military figure, and has been passed down from monk to monk over the centuries, the exact combination remaining a mystery even to the people who produce it. It’s got a complex botanical flavor meant to be savored, but if you don’t want to drink it straight, it adds a marvelous depth to cocktails like The Last Word, the Champs-Élysées Cocktail, or the Alaska. 55% ABV.

Twenty-seven plants and spices make up the secret recipe for Bénédictine, which was first brewed in a neo-Renaissance castle starting in 1863. The recipe was taken from a book of magic spells that founder Alexandre Le Grand discovered, relating to an elixir brewed by 16th century Benedictine monks. Twenty-one of the ingredients are said to be known: Angelica, hyssop, juniper, myrrh, saffron, mace, fir cones, aloe, arnica, lemon balm, tea, thyme, coriander, clove, lemon, vanilla, orange peel, honey, red berries, cinnamon, and nutmeg; leaving six unknown ingredients. The taste is appropriately sweet and full of spices, with a hint of licorice. It is often served with hot water as a Béné, or with brandy as a B&B. 40% ABV.

The lady of the moment on the international cocktail circuit, St. Germain has gone in a few years from an unknown entity to a famous name, spawning knockoffs like Thatcher’s and St. Elder. Each bottle is made with up to 1,000 hand-picked elderflower blossoms, creating an intensely bright and floral flavor profile with notes of peach, pear, and grapefruit. Named for the St-Germain-Des-Prés neighborhood in Paris, its Art Deco bottle is a nod to Belle Époque and Jazz-era France (though it’s only been around since 2007!), as is its slogan: La vie parisienne en bouteille (“Parisian life in a bottle”). It pairs best with gin or bubbly or both, like in the classic St. Germain Spritz. 20% ABV.

The Cointreau company was founded in 1849 in Angers, by the Cointreau brothers, Édouard-Jean and Adolphe. Édouard-Jean’s son, Édouard, developed the now-ubiquitous liqueur after his worldwide travels prompted him to develop a version of triple sec that was less sweet, and more dynamic. Made from the dried peels of bitter and sweet oranges, as well as sugar beet alcohol, Cointreau has a crisp, somewhat bitter flavor that tastes like real oranges, rather than an over-sweet imitation. It’s best in tequila or vodka-based cocktails, so use it for margaritas, cosmopolitans, or anything requiring triple sec. 40% ABV.

Perhaps the most common apéro you will find in France, Pernod is typically with a separate glass or carafe of water, which turns its orange color a cloudy white when added. You may add water to dilute the flavor as much as you prefer, though a full glass tends to do the trick for most people, because of the strong anise flavor of it. This type of pastis was launched in 1922, when France’s anti-absinthe campaigns began to lighten up, and was meant to be a substitute for the popular beverage (as it is made in much the same way, but with a lower alcohol content). 40% ABV.