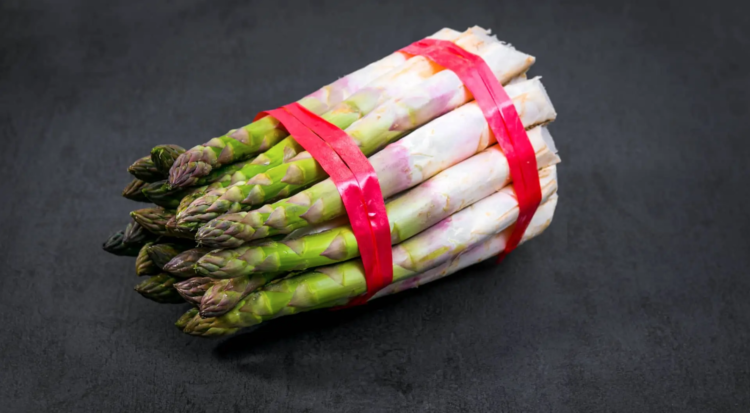 Groupe Lebourg is France’s biggest turf, or “gazon,” maker and a large distributor of white and green asparagus, or, asperges. So while the world gets ready to celebrate Easter, Lebourg has plenty of work ahead of them to deliver France’s most prized Easter vegetable to families across the country and even to some international destinations.

“Easter is the main week of asparagus eating in France. It’s crazy. Everyone wants asparagus this week. I don’t know why. I guess it’s the first spring vegetable,” explains farm manager Thibaut Lebourg. “We produce 350 tons of asparagus per year. For others, it may be nothing, but for us, it’s really a lot.”

This family-run  business is now in its sixth or seventh generation. Initially established in Normandy as a vegetable business producing flax, wheat, and potatoes, today it is located in Bordeaux. 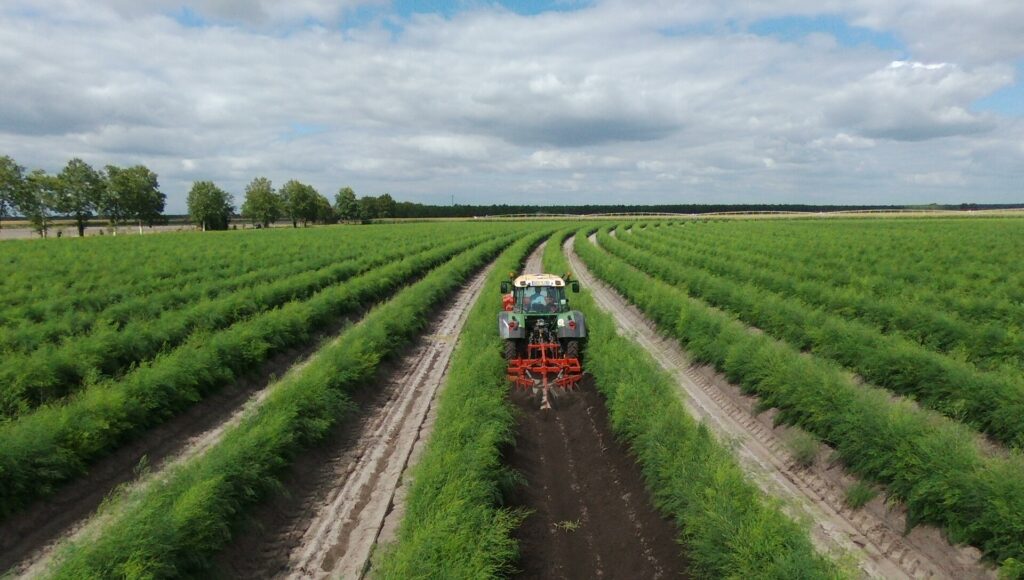 In 2006, Thibaut’s father Philippe decided to move the family business to the fair climate of the Nouvelle-Aquitaine region. He bought the new farm from his mentor with whom he had interned as a young man. He wanted to grow the farm and expand. First he planted tulips and lilies and some vegetables like carrots, green beans, and corn on the property. But the Lebourg family had to stop planting flowers as it was challenging to keep up with the quality they desired for flowers. So, instead, in 2017, they planted their entire field with asperges. By 2019 Groupe Lebourg became one of France’s most important asparagus producer.

But farming, says Thibaut, is going through a rough time in France.  Rising fuel costs from many things, including the war in Ukraine, the French elections, and climate change are all presenting challenges. “In France, there are fewer and fewer farmers. A lot of people don’t realize that agriculture is important. They are always looking for the lower price, but they don’t realize that the farmer cannot survive when food is very cheap.” He tells me that there are fewer young people in the business, and it’s becoming so sad for him to see a nation with so much affection for food and organic vegetables lose grip on agriculture. Thibaut himself, however, is 31 and plans to continue the family business. He will become the majority owner of the farm in just a few days when his father Philippe will “donner les clés” of the company to him. 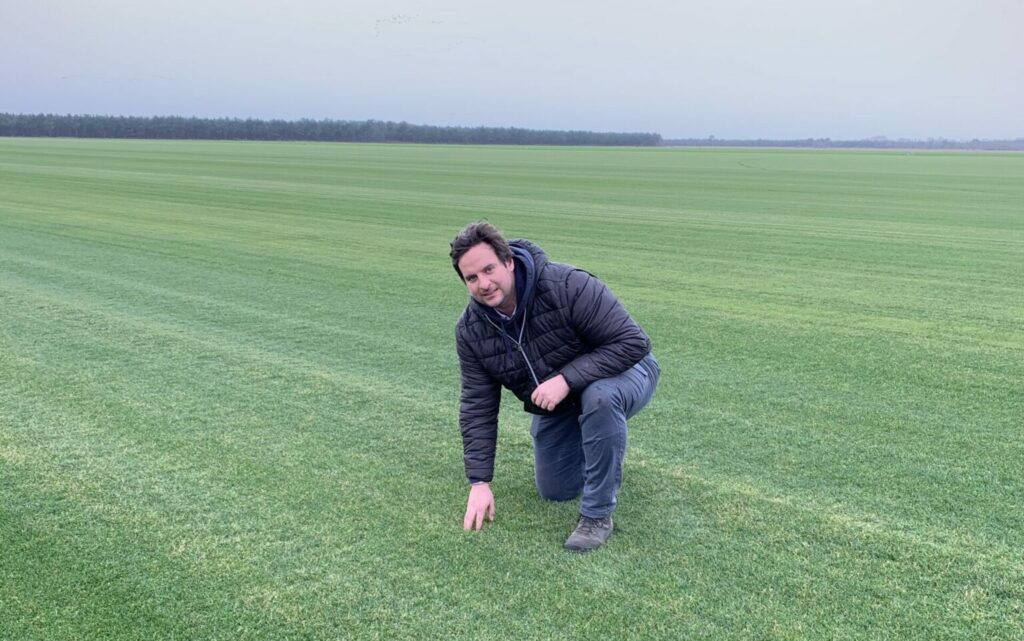 Due to Thibaut’s changes at the farm, Groupe Lebourg was able to advance with contemporary advantages. “For me, agriculture is not just about agriculture,” Thibaut explains. “We have to know mechanics, electricity, hydraulics, accounting, sales, communications, etc. It’s one of the most complete professions that we can have, and it is ever-changing. You never have a year the same as the previous one.” Indeed, this year has been a doozy with tripled prices for fertilizer and compost.

“The market is quite strange this year,” says Thibaut. “Some people say that it’s always a strange year for vegetables when it’s the presidential election. They say that people don’t buy vegetables or go to restaurants as much. It’s not because we will have a new president that our vegetable-eating habits should change.” So there you have it, thanks to Marine Le Pen and Emmanuel Macron, the French are eating less asparagus. It sounds like a call for a new vegetable-related government policy! 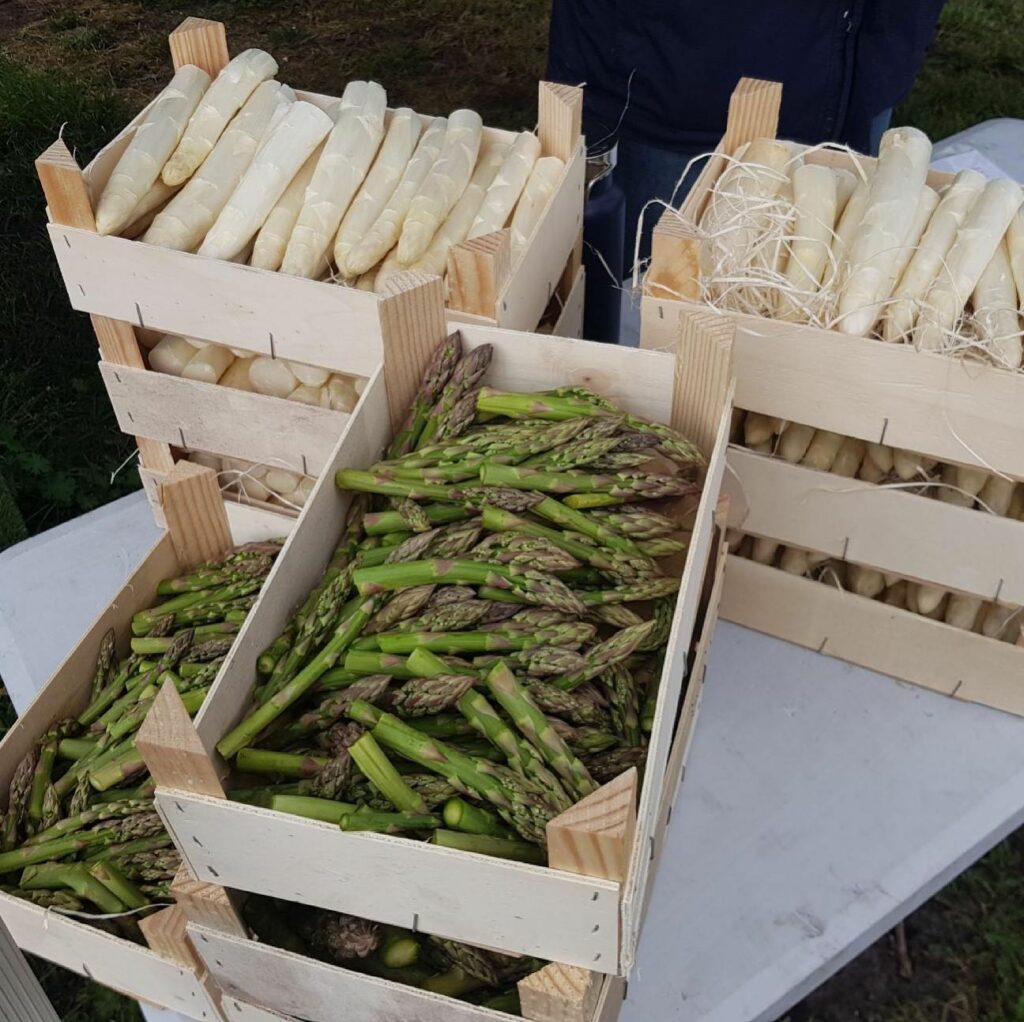 But Thibaut doesn’t complain. Groupe Lebourge is quite a large farm, meaning they are not as affected by the changes. However, he confides that smaller farms, especially farms with animals, suffer the most.

Groupe Lebourg currently has an exclusive relationship with one of Rungis International Market’s most esteemed fruit and vegetable vendors, Paris Select. Rungis is the leading fresh produce purveyor, delivering to the best Michelin starred restaurants and destinations worldwide. It is a true mark of superb quality to sell at Rungis. Paris Select works with different embassies, the French government at the Élysée Palace, and a range of famous hotels. Their produce is hand-picked.

“We are looking for the best quality we can have when we deliver to Rungis. Every asparagus we have, we pick it by hand, clean it by hand, and put it in the box by hand to make it perfect. No errors are allowed. Royal asparagus,” laughs Thibaut. Rungis valued his asparagus so much that they offered to pay almost double the price for exclusivity. 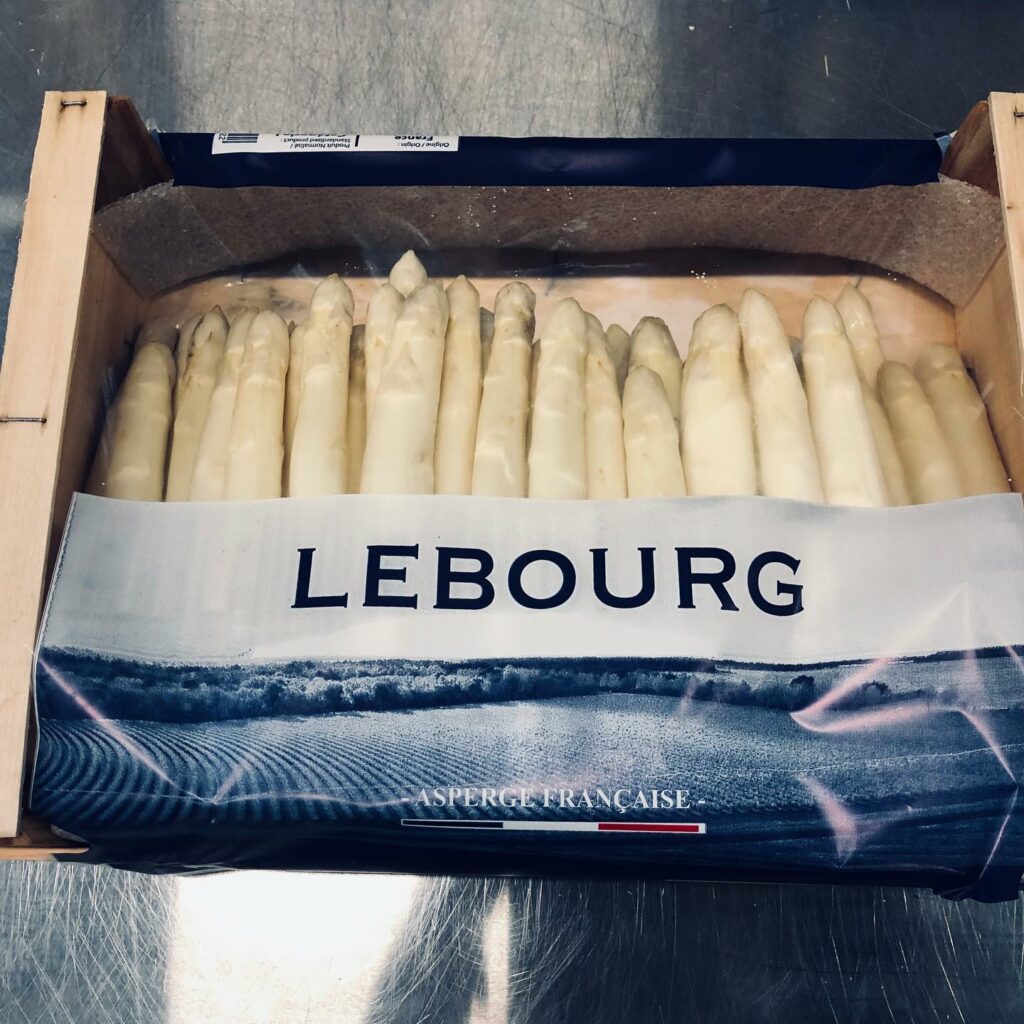 Groupe Lebourg prides itself on its relationship with Rungis, continuously looking to improve production. While Thibaut says that his farm is not officially organic because they use some pesticides, he says that any chemical use is on an “emergency-only” basis and that, primarily, he uses certified organic sprays. “I know a lot of organic farmers, and I know they use chemicals when there are big problems so that they don’t lose their crop.” (GMOs are entirely prohibited in France.)

Groupe Lebourg’s new venture with corn (popcorn, in fact) will be entirely organic. With young and aspiring farmers like Thibaut, the future of France’s agriculture seems brighter. But the question remains: How will the government support young farmers as times change?

Learn How to Clean and Prepare Asparagus

Thibaut’s mother and sister share a few white and green asparagus recipes on their website Lebourg-Agri.fr. So as you prepare your Easter lunch, consider pan searing your asparagus for a lovely and healthy garnish. 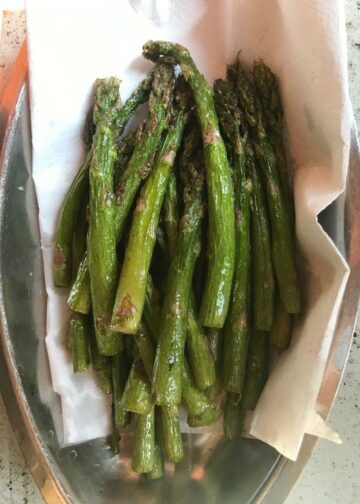 Step 2: As usual, prepare the green and white asparagus: cut the ends and scrape them.

Step 4: Drain them, add salt, a drizzle of good olive oil and voila!