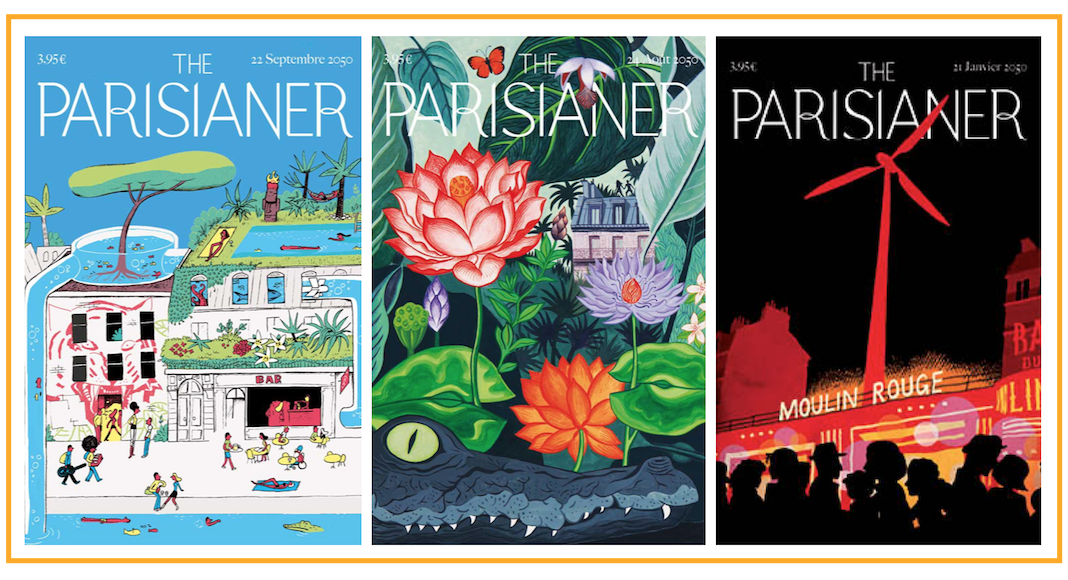 Graphic Artists Imagine the Paris of the Future in “Parisianer 2050”

The New Yorker has, arguably, the most iconic magazine covers in the world of print. And what makes them so successful is not only design and sheer wit, but a razor-sharp targeted viewer ready and willing to laugh at the joke not just because it’s funny, but because there are others who might not find it so. So to speak, to get The New Yorker, you must be first be a New Yorker.

In this spirit, five years ago, the French graphic artists Aurélie Pollet and Michael Prigent set out to design a series of magazine covers for an imaginary publication called—quite cheekily—The Parisianer. They commissioned covers from more than a hundred artists from France, Italy, Belgium, and beyond, and allowed each designer to propose their own vision of Paris as a city and state of mind. The genius of these covers is that they are so accurate and visceral that they seem to imply the entire concept of this fake news rag with single images, poignant and honest and irreverent as the city of Paris itself.

In 2014 a book of these illustrations was published; the book and posters from it are available for purchase online.

Last year, Pollet and Prigent decided to go even further with this concept, embarking upon a project called The Parisianer 2050, where 53 designers created covers illustrating their idea of what Paris will look like in about thirty years. From a Louvre overgrown with grapevines to an army of North Korean Care Bears, the illustrations range from clever to somewhat disturbing. But each is a thought-provoking construct that requires three levels of understanding: what Paris is, what people think Paris is, and what Paris could be. 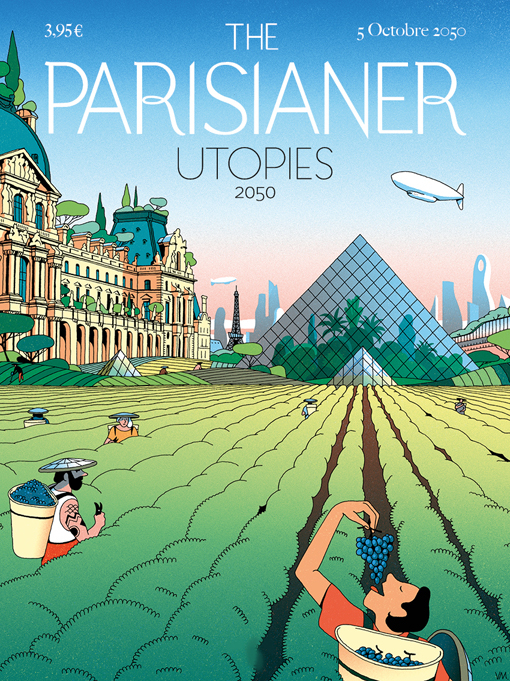 While many of the images focus on new technologies, a surprising number of them center around agriculture and our relationship to it as a society.

These covers can currently be found on display at Terminal 2E of the Charles De Gaulle airport in Paris. The exhibition, which has been granted a three-year “Carte Blanche” status by the airport, will be available to visitors from all over the globe until 2021. In addition, a book of these covers was published last year, and is available for purchase here. 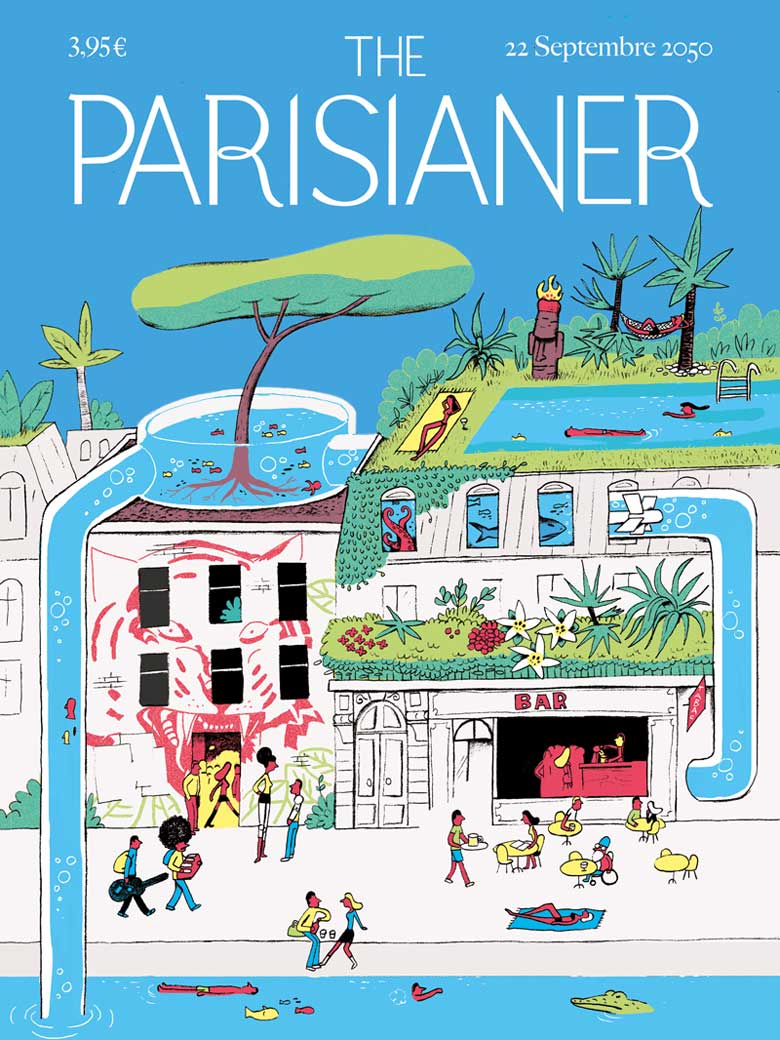 For some more classic Parisianer covers, you can get a brief taste below: 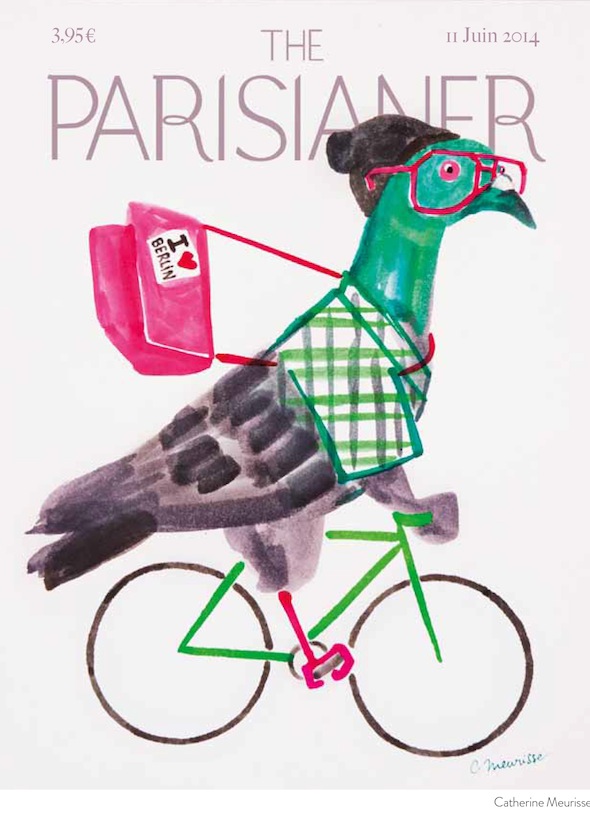 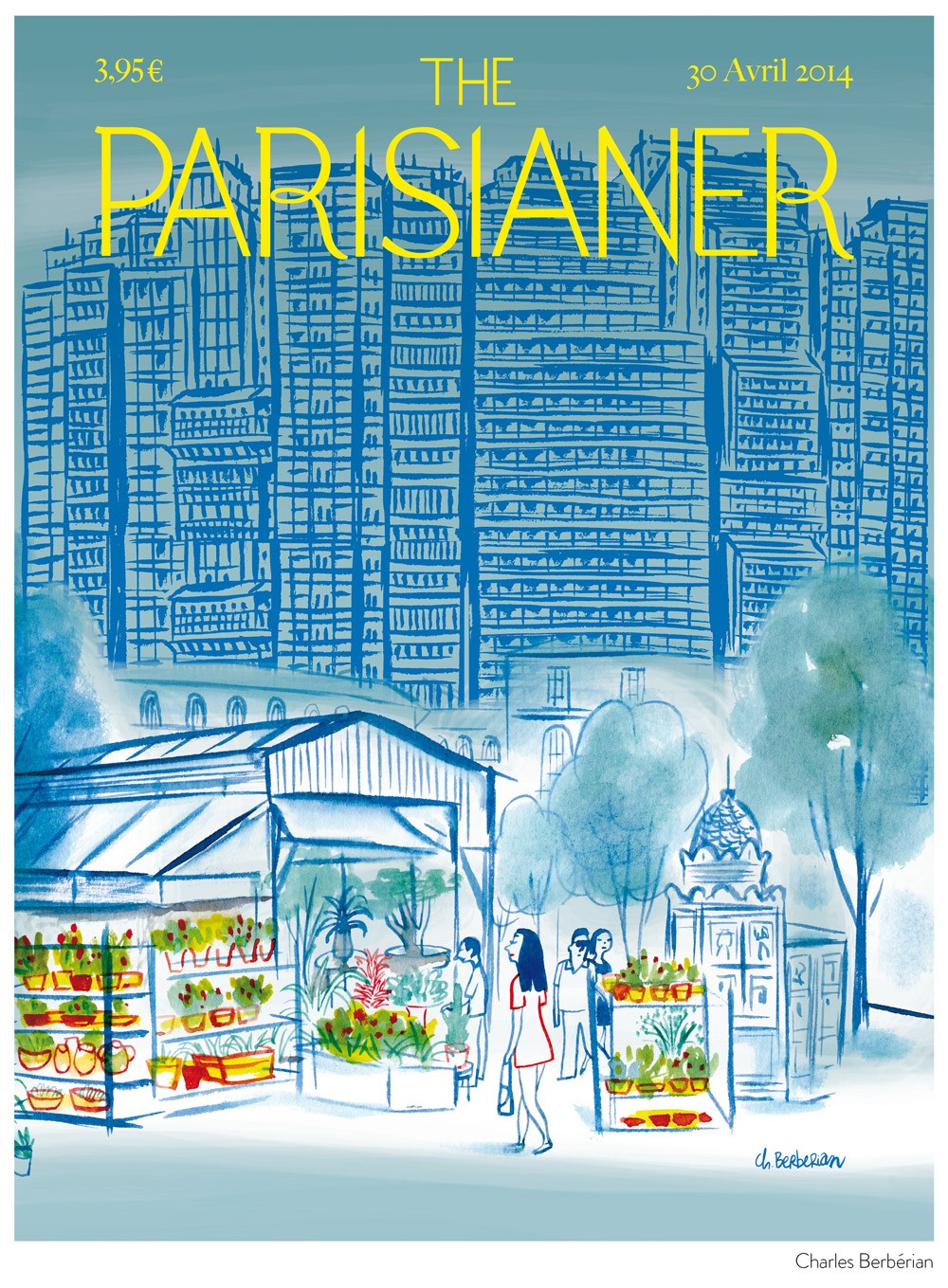