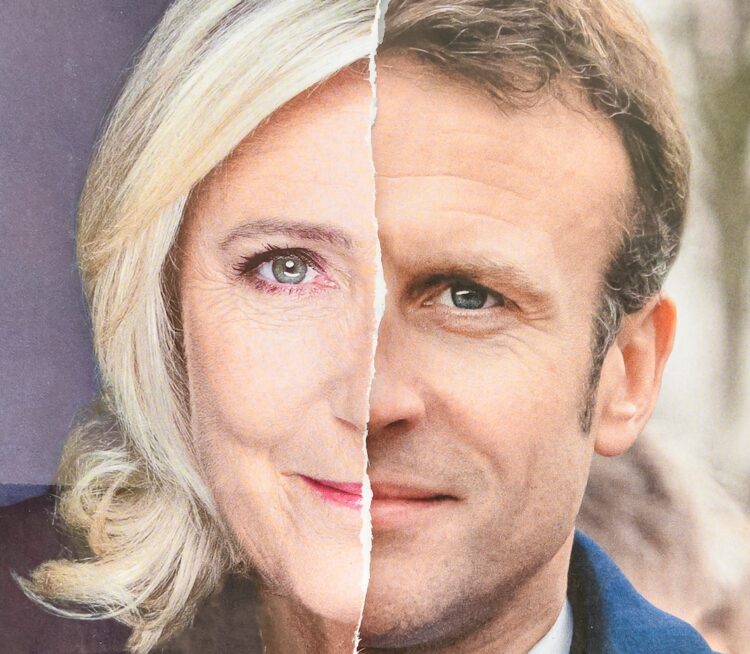 The French will vote for president on Sunday and it’s a rematch of 2017. Then, Emmanuel Macron trounced Marine Le Pen 67% to 33%, but this time race is much closer. Could the extreme-right Le Pen actually become president of France? What would that mean? 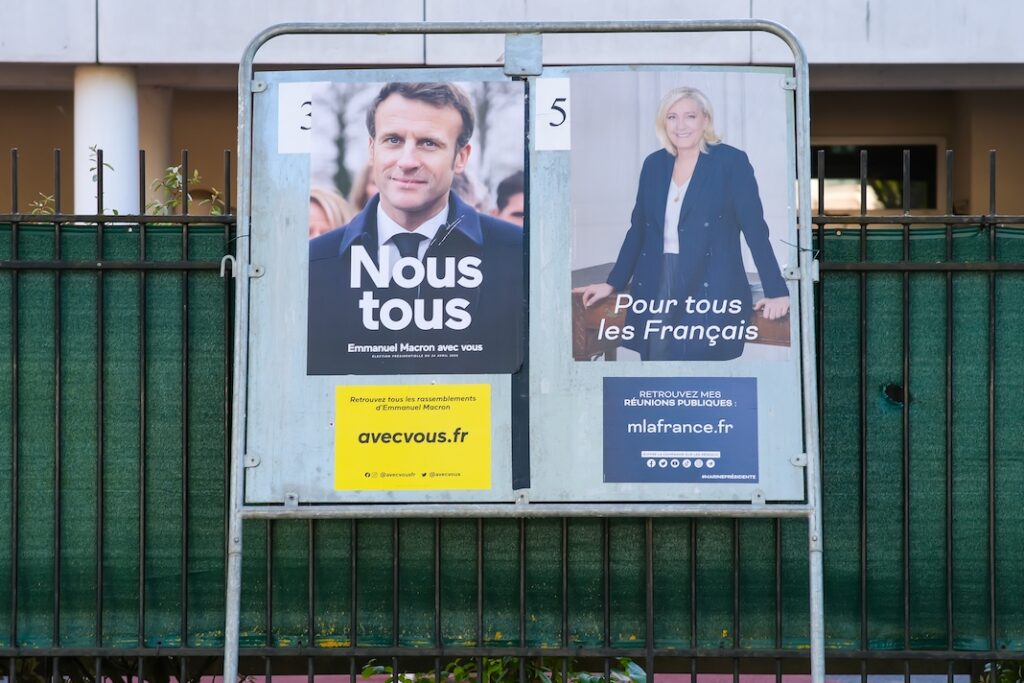 Where Are We Now?

France votes for president in two rounds. After the first, the top two vote-getters face off and the winner becomes president. This year, about a dozen candidates ran in the first round and most of the votes went to three: the centrist Macron, who led with 28%, followed by the far-right Le Pen at 23% and far-left Jean-Luc Mélenchon at 22%.

A poll from the IFOP shows that Macron is currently leading Le Pen by 55% to 45%, and his lead has been growing. The Economist gives him an 89% chance of winning. But polls have been wrong before… 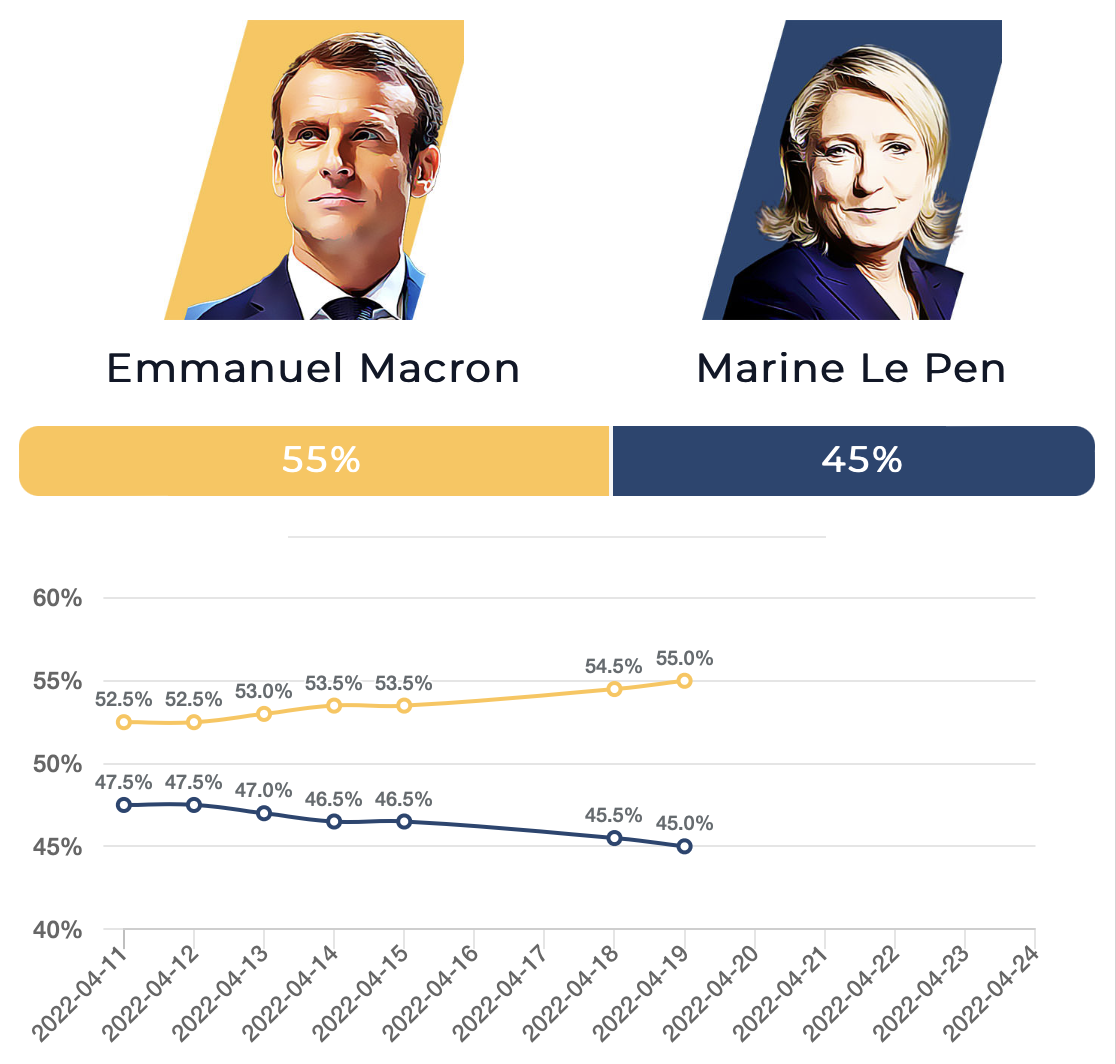 The wild card is what Mélenchon’s voters will do. Mélenchon detests Le Pen and in his concession speech he called on his supporters not to vote for her. In case they missed the point, he repeated it three more times. But he doesn’t much like Macron, either, and neither do his supporters, and Mélenchon declined to endorse him. The way his supporters vote, and whether they vote at all, could swing the election.

The last big event of the campaign is a 90-minute debate between the candidates, which will take place tonight, Wednesday, April 20th, 2022. In the 2017 debate, Le Pen was terrible and her support collapsed. But this time, if she holds her own against Macron, it may help her make up some crucial ground.

How Different Are the Candidates?

Macron and Le Pen could hardly be more different, with Macron the classic establishment figure and Le Pen the populist insurgent. 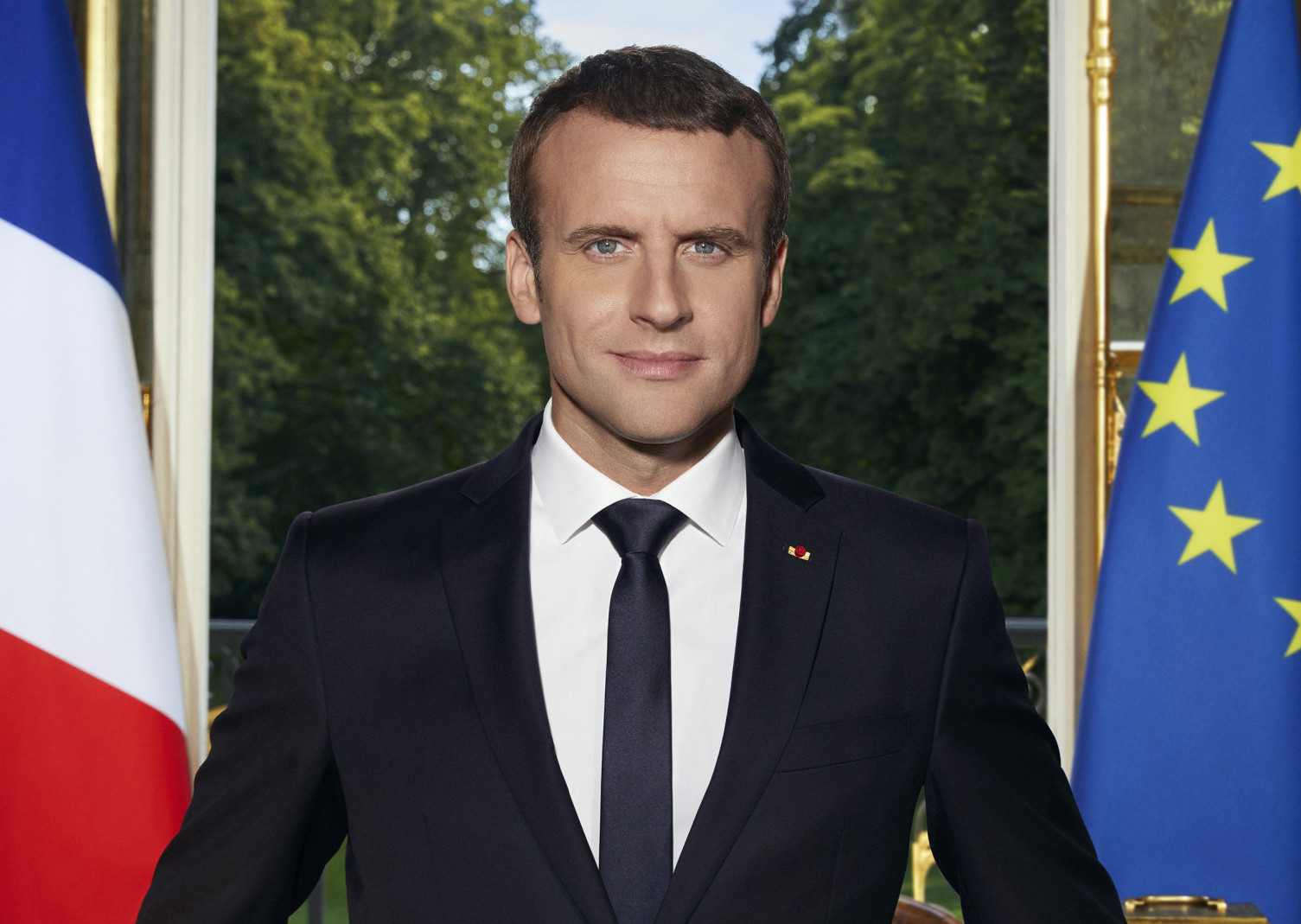 Macron wants France to remain at the heart of Europe. He is a strong supporter of the European Union, and of NATO, and has been a leader in Europe’s fight against the Russian invasion of Ukraine. He is pro-business, has loosened France’s strict labor laws, and hopes to raise France’s retirement age. He can be aloof and haughty and is sometimes referred to as “the president of the rich.” 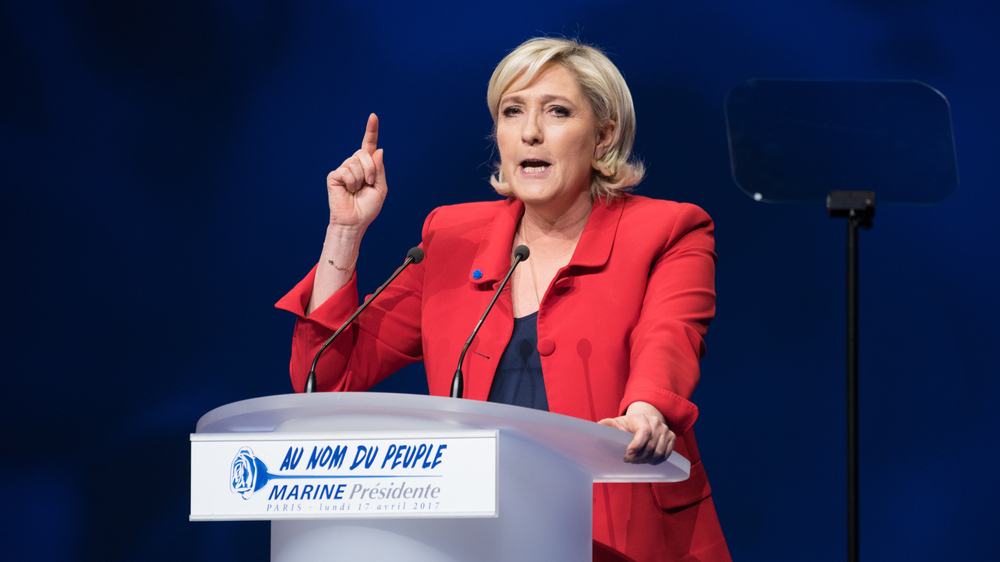 Le Pen is heir to the racist and nationalist party started by her father, Jean-Marie Le Pen. Her positions are strongly anti-immigrant and anti-Muslim—she proposes banning the Muslim headscarf, for example. She wants France to leave the European Union and NATO and is a big fan of Vladimir Putin (maybe because her party owes him money.) 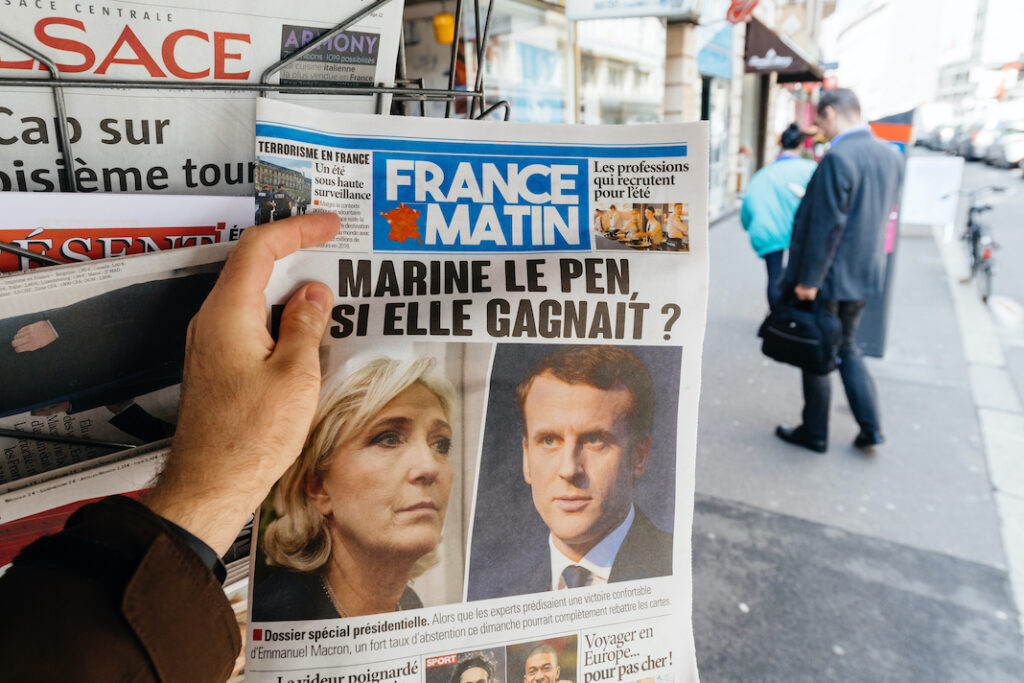 The election results will be known shortly after the polls close at 8:00 on Sunday night. Should an upset occur and Le Pen becomes president, what would that mean? Think Donald Trump but with less craziness and more competence.

Be afraid, be very afraid.