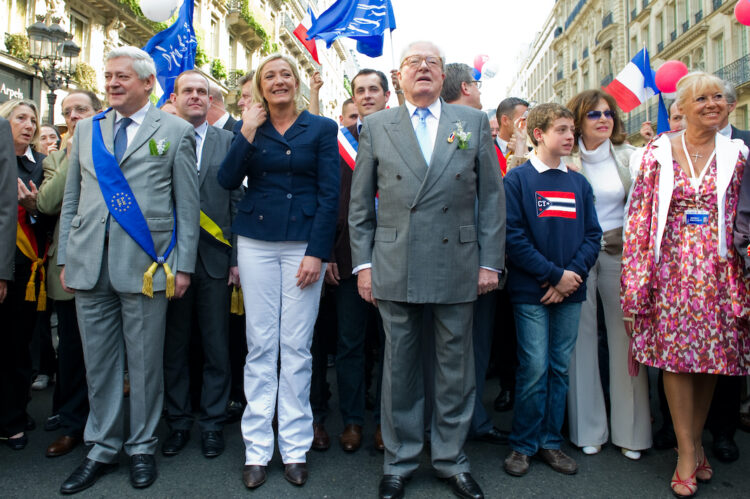 Imagine the scene: An elderly king with three daughters anoints the youngest as his successor. Shortly after ascending to the throne, the new queen banishes her father’s favorite courtiers, angering the old man. He quarrels with his daughter until he, too, is banished. The new monarch thinks she has consolidated her power until she finds that her wily niece has joined forces with her deadliest enemy and, together, they are plotting to conquer the kingdom.

You might think this is a plot right out of Shakespeare, or maybe the latest season of Succession, but it’s just a day in the life of the Le Pen family. They are the leaders of France’s extreme right, and “Queen” Marine just could be the country’s next president.

Who are these people and what do they stand for? 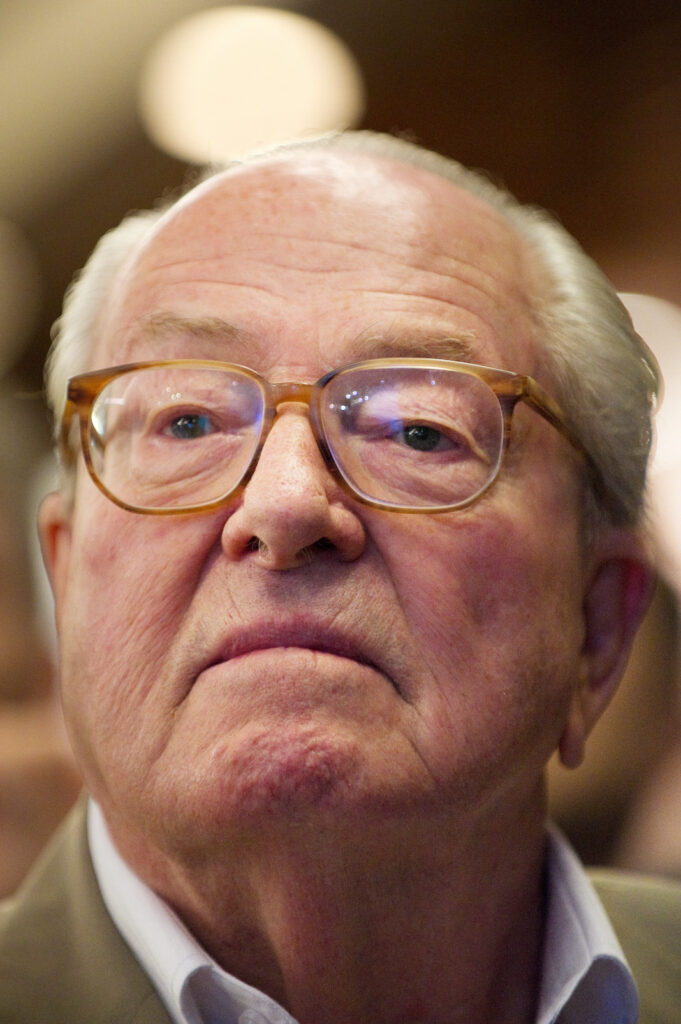 Jean-Marie Le Pen, age 93, was a brawler as a young man, convicted several times of assault and battery. He served in the French Foreign Legion during the Algerian war and has been accused of torturing prisoners while there.

As you might imagine, he brought a combative style to politics, as a fierce opponent of immigration and as a supporter of “traditional culture.” He founded the far-right National Front party in 1972, where he attracted a growing following, including the skinheads who flocked to his rallies.

It was Le Pen’s extreme anti-immigrant rhetoric that really fired up his followers, and he’s been convicted for inciting racial hatred multiple times. He often complains, for example, that the country’s World Cup soccer team doesn’t have enough white players.

Le Pen ran for president five times, coming in second in 2002—a political earthquake that is still felt in France. In 2011, at the age of 82, he turned over the reins of his party to daughter Marine, a move he soon regretted.

Marine Le Pen, often referred to by her first name to distinguish her from her father, was 43 when she took over the National Front. A clever politician, she realized that she could attract more followers if she softened her party’s image, while still keeping its hardline positions. So she kicked out the nastiest racists and told the skinheads to get lost. And she toned down the anti-Jewish rhetoric, focusing more on attacking Muslims.

This policy worked, and the National Front began to attract more followers. It also infuriated her father, who continued to provoke her with outrageous statements, like calling Nazi death camps “a detail of history.” Finally, in 2015, she had had enough and kicked him out of the party he founded.

Marine finished third in the presidential election of 2012 and second in 2017, with far more votes than her father ever received. She has continued to soften her image by making TikTok videos with her cats, and discarding some of her party’s most unpopular policies.

She has also changed the party’s name to National Rally, to further distance it from her father, while maintaining its tough anti-immigrant and anti-Muslim policies. Today she is in a tight runoff election for the French presidency with Emmanuel Macron, after a bruising battle with her niece Marion.

The Pretender to the Throne 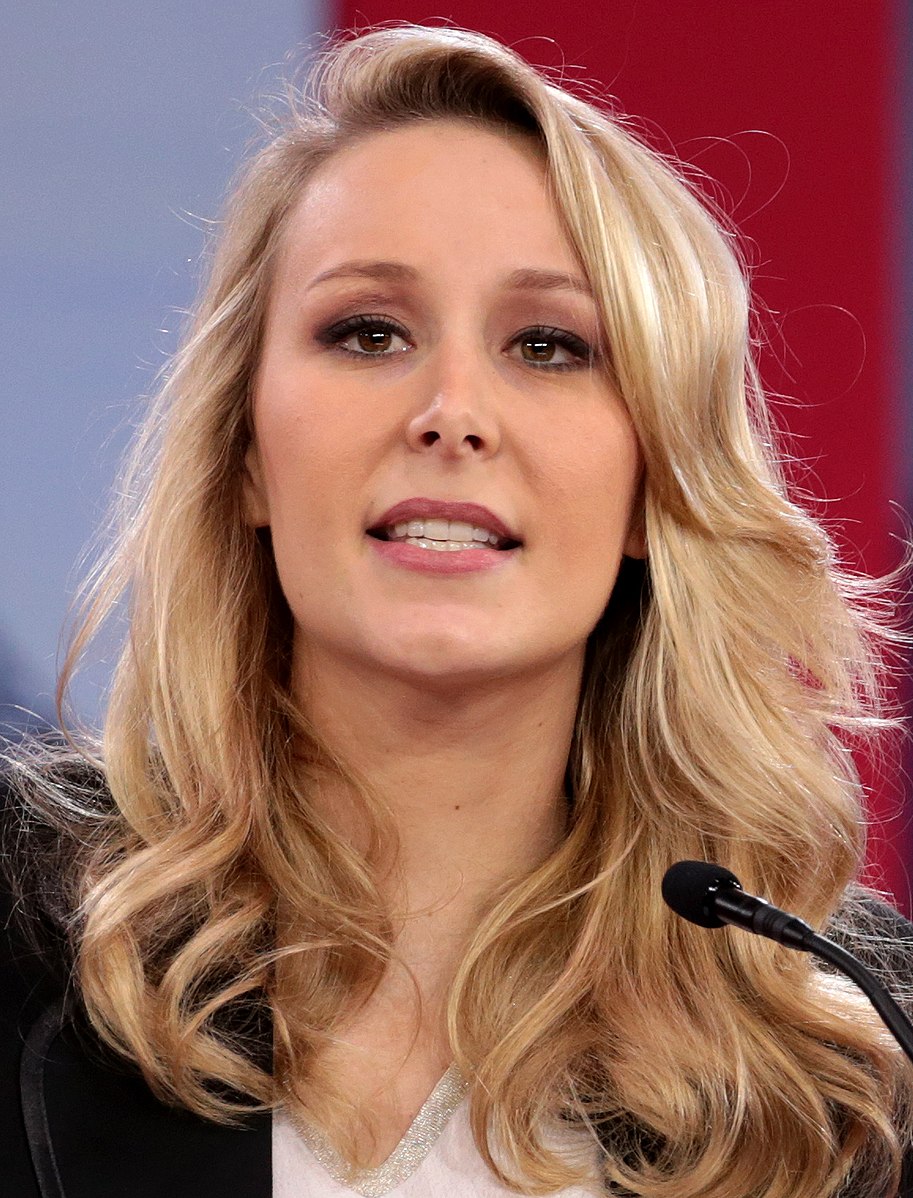 Marion Maréchal-Le Pen joined the National Front as a teenager, and her famous name helped her win a seat in the National Assembly at age 22—the youngest member in the history of the French Republic. She has proven to be much closer politically to her grandfather than her aunt, and has become increasingly frustrated with Marine’s softening of the party’s positions. When France considered legalizing gay marriage, for example, Marine stayed neutral while Marion—an outspoken advocate of “traditional values”—marched in the street to oppose it.

Marion left politics for a few years, during which time she dropped “Le Pen” from her name (an ominous sign) before re-emerging last month at a rally for far-right candidate Eric Zemmour, Marine’s most dangerous competitor. Marine and Zemmour are chasing the same populist voters, but while Marine has tried to move slightly to the political center, Zemmour has gone further down the racist path. In January, Zemmour was running neck-and-neck with Marine, battling her for leadership of France’s far right. 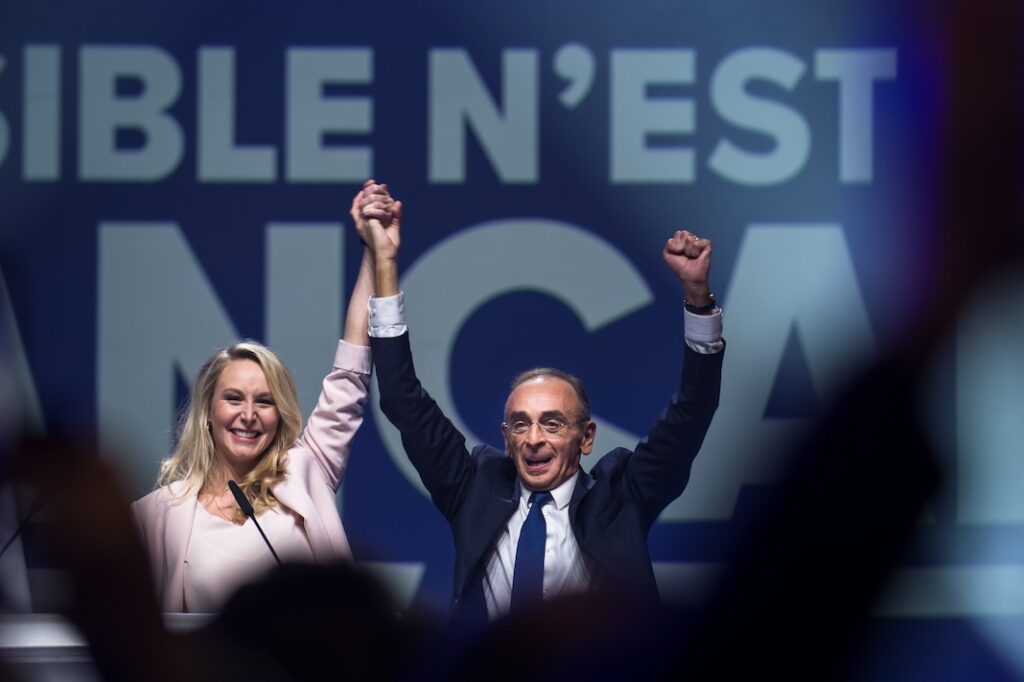 This is when Marion decided to cast her lot with Zemmour, thus opposing her own aunt. In most families, this would be shocking, but with the Le Pens it’s just business as usual. Marion’s move angered Marine, but what did patriarch Jean-Marie think? His granddaughter is more politically aligned with him than is his daughter, so you might expect some kind words. But no.

“The fact that my granddaughter supports Zemmour is unimportant,” he said last week. “Before she announced her support, he was polling at 12%, and after it was 10%.” In other words: loser!

There’s no love lost in this family.