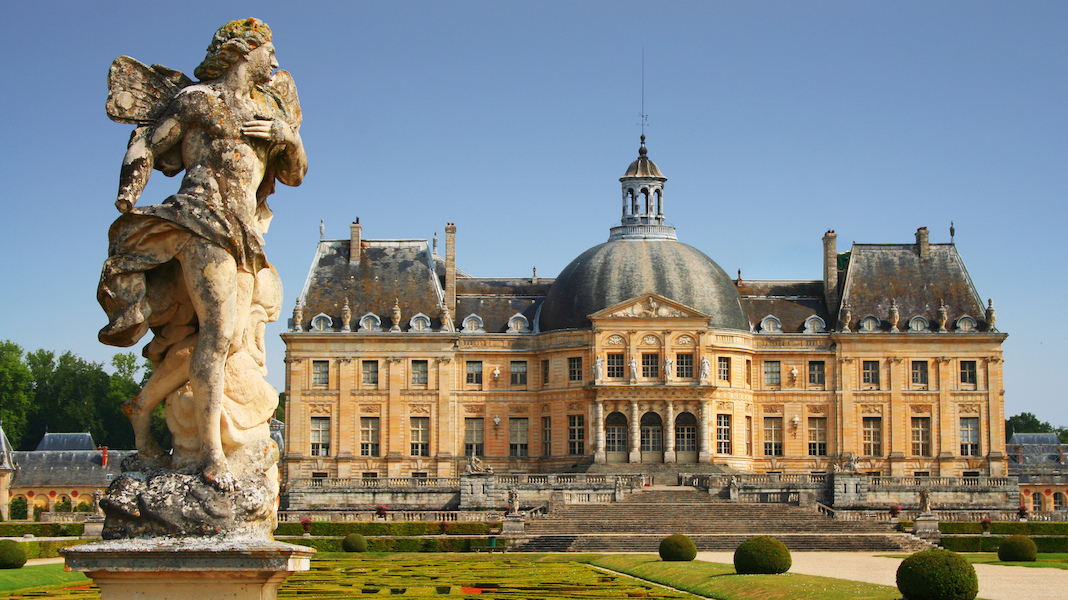 7 French Châteaux You Can Easily Visit From Paris

During the 16th and 17th centuries, it was common for French nobility to build castles just outside of Paris in order to have somewhere to escape to when the city grew hot and overcrowded. So why shouldn’t you afford yourself the same courtesy? These seven châteaux can be reached by subway or train from Paris in less than an hour, perfect for a day trip or an afternoon jaunt when the city gets to be a little too much for you. 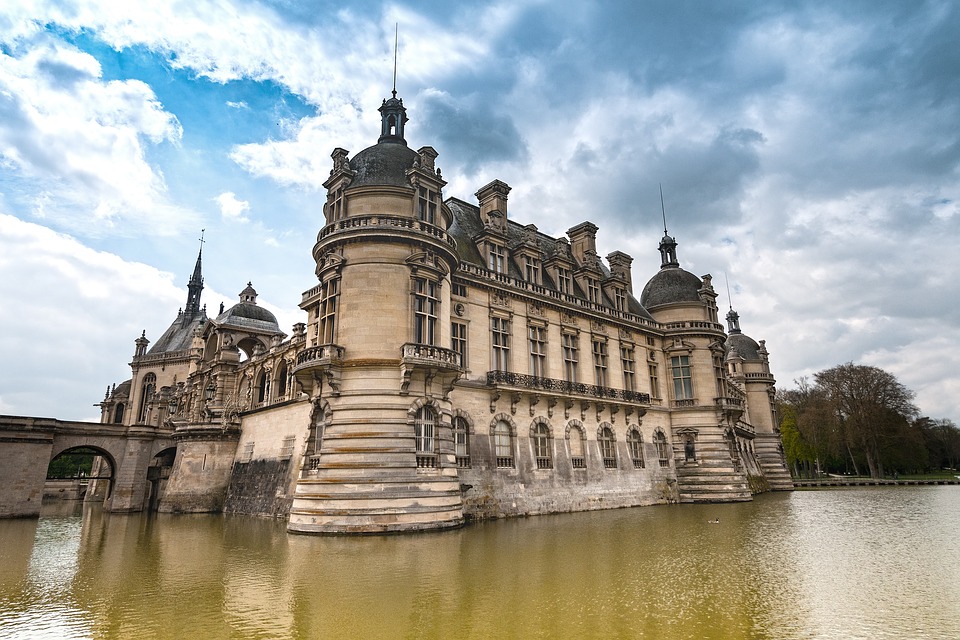 Take the half-hour train from Gare du Nord to Chantilly Gouvieux. From there, it’s just a quick (and beautiful) fifteen minute walk to the Château de Chantilly, a 16th-century castle that was destroyed in the French Revolution and then rebuilt in the 19th. The Hameau de Chantilly was the inspiration for Marie Antoinette’s fake peasant village at Versailles, and the original 16th-century Petit Château is still intact (and a lot larger than its name might suggest). The Musée Condé, located inside the Grand Château, houses one of France’s most impressive collections of Renaissance art. Check train schedules on the SNCF website here.

The Château de Vincennes is probably the most accessible castle if you’re staying in Paris. Vincennes, now a Parisian suburb, sits just beyond the 12th arrondissement of Paris, meaning that while the park surrounding it is within city limits, the castle, technically, is not. Take the 1 train to Château de Vincennes or the RER A to Vincennes to visit this medieval fortress, which was built as a hunting lodge in the 12th century, converted into a military stronghold, and used to protect France’s capital up until World War II.

This one takes a little extra legwork, but after the 40-minute train from Gare de Lyon to Fontainebleau-Avon, it’s about a half hour walk to the Château. You can also take the Ligne 1 bus in the direction of Les Lilas, terminating at the Château stop. There’s plenty to see at this imperial palace, considering that it was inhabited by French royalty for 700 years, and has four entire museums within the estate. In addition, after more than a decade of restoration, the Imperial Theater, constructed for the entertainment of Emperor Napoleon III and Empress Eugénie, has finally been reopened.

This one’s kind of a must, but that doesn’t mean it hasn’t earned its place on the list. Just take the RER C to the Gare de Versailles Château Rive Gauche stop and follow the crowds for the ten-minute walk to the palace where Louis XVI and Marie Antoinette were ousted during the French Revolution. Live out your lush Sofia Coppola fantasies in the Hall of Mirrors, the exquisite gardens, or the quirky farmer’s village, Le Hameau, where Marie Antoinette liked to play peasant. To avoid crowds, be sure to visit in late fall or early spring, when the tourists are out of town.

Another easily accessible palace is the Château de Saint-Germain-en-Laye, just a quick trip on the RER A, exiting at the St-Germain-en-Laye stop. The chateau sits at the edge of a great forest, where summer music festivals and art exhibitions often take up residence. The palace is home to the National Archeological Museum, with collections dating back to the Paleolithic Period. Architectural gems like a pink ballroom and an optical illusion terrace round out this truly remarkable estate.

If you’re already out at Saint-Germain-en-Laye, hop on the 259 bus and get off at L’Ermitage, or opt for the 25-minute walk. The Château de Monte-Cristo was built by French novelist Alexandre Dumas, and named for his 1844 masterpiece, The Count of Monte Cristo. The architectural oddity is a strange mix of French renaissance architecture, Tunisian decor, and English gardens, and above the entrance is carved Dumas’s personal motto, “I love those who love me.” Build as a getaway during the height of Dumas’s fame, the Three Musketeers author was forced to sell the château to pay off his debts a mere five years after it was completed.

To get to the Château de Vaux-le-Vicomte, take the Transilien P train from Paris Gare de L’Est to the Verneuil l’Etang stop. The “Châteaubus” shuttle will pick you up from the train station and take you to the castle that inspired Versailles. The dome, a particularly exalted technical and visual feat of architect Louis Le Vau, is also still functional, and you can climb to the top for a full view of the Jardin à la française that serves as the pinnacle of this 17th century style.