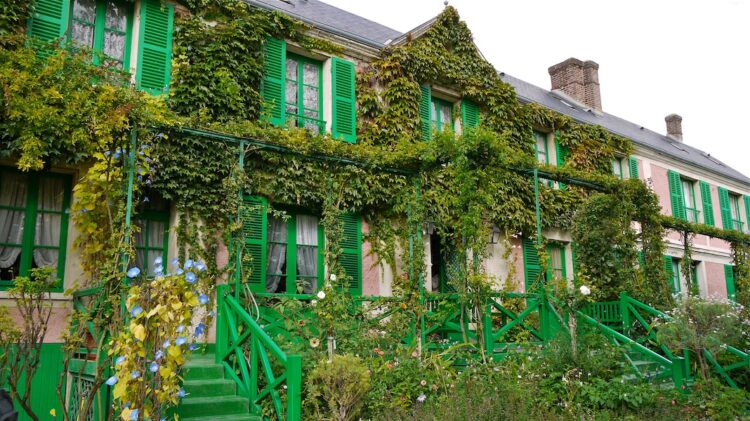 The Belle Epoque was Europe’s creative Golden Age. People prospered, literature was written, and art created. Lots and lots of art. France saw the rise of impressionism, of fauvism, of paint covering canvases in all kinds of other revolutionary –isms that people could hardly fathom.

If you’re looking to take a road trip (or a train ride, because let’s face it, the TGV rocks) across France, you might as well have a French theme: following in the footsteps of the legendary Belle Epoque artists. They gathered in and and around Paris, feeding off of each others’ creativity, drenched in sweat, cigarette smoke, and the fervor of this new age. Some headed to the lavender fields and quaint towns of Provence, and others found their calling by the sea. As Francophiles, the least we can do is explore where these artists made their chef-d’oeuvres. Maybe their talent will even rub off and you can impress everyone at your next Wine & Paint night! 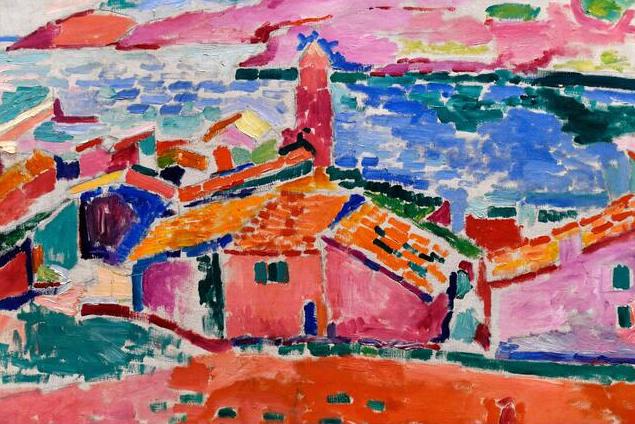 Let’s start with the South, because who doesn’t love a good day by the sea? At the turn of the century, a pensive Northerner with a law degree headed down to the seaside town of Collioure. It was here Henri Matisse and André Derain co-fathered fauvism, which favored bold and visceral colors over realism. Visit the town’s église, which Matisse depicted in reds and blues and yellow and broad strokes, bordering on blobs. Head 3 hours northeast to the oh-so-idyllic Provence. 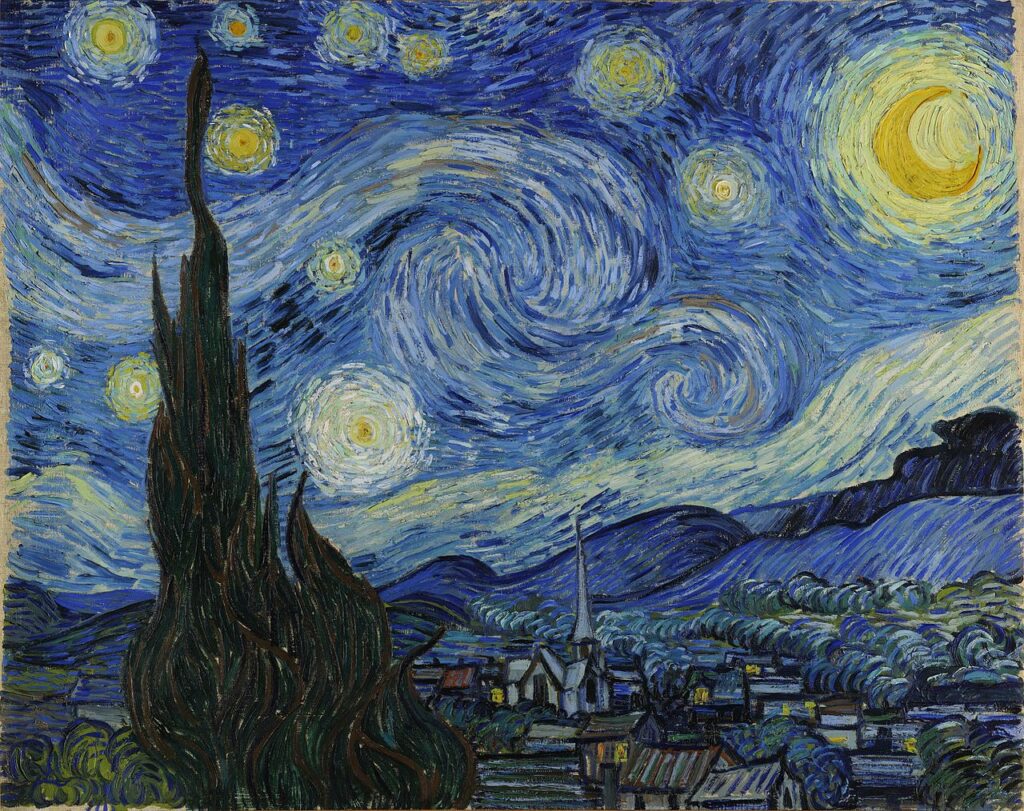 Onto one of the world’s most revered and infamous artists—Vincent Van Gogh. I know, he isn’t even un Français (he’s Dutch), but he spoke French and wrote angsty, elegant letters to his brother in the language, which is enough to count in my book. Van Gogh painted his iconic Starry Night in Saint-Remy-de-Provence, a picturesque village in Provence. France must have made its mark on him, as Van Gogh produced hundreds of paintings in and around Arles from 1888-89. It was also in this quaint town that our disturbed Vincent chopped off part of his ear with a razor blade, offering it later to a prostitute. Enjoy an espresso at Le Café La Nuit—thought to be where Van Gogh painted his lovely Café Terrace at Night—and tour l’Espace Van Gogh, the hospital that housed him following the ear-chopping incident. Drive about an hour east to get to your next destination, the ritzy town of Aix-en-Provence. 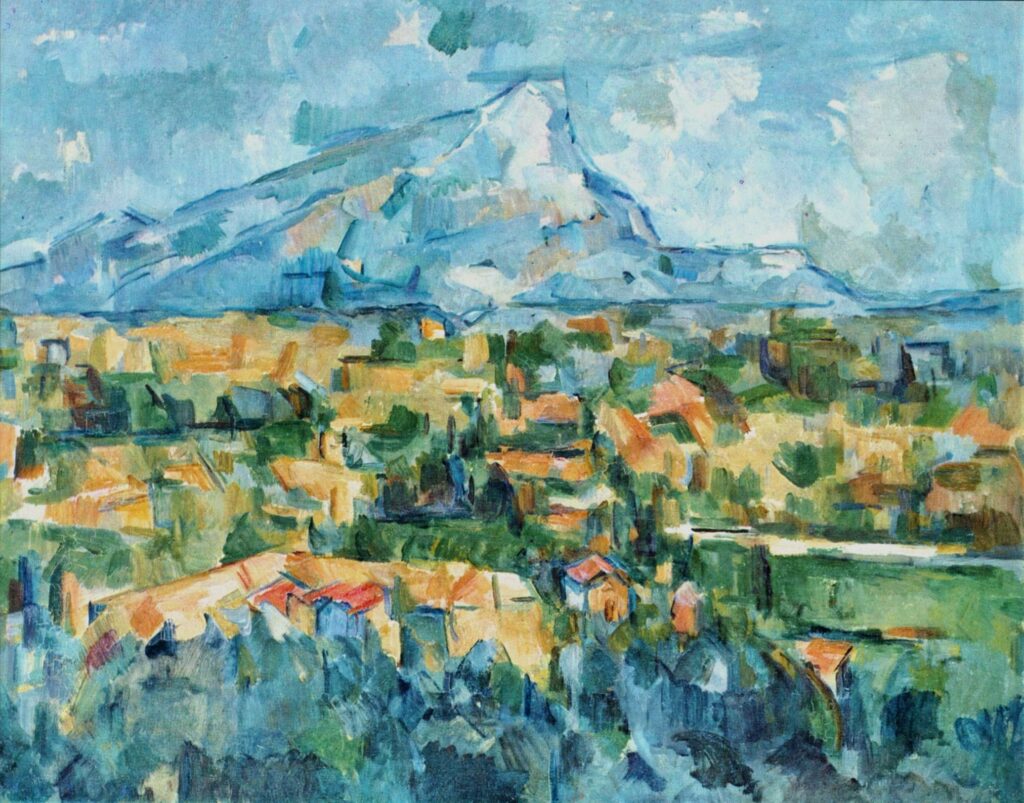 While Arles was housing a mentally unstable genius and his half-ear, neighboring Aix-en-Provence birthed another master. Paul Cézanne produced an abundance of work in varying styles, and his hometown witnessed much of his creativity. Stay a few days to bask in the elegant Aix lifestyle. Make sure to take a tour around his atelier and the quarries he frequented for painting. One of his most famous paintings of Mont Sainte-Victoire was done with a view from the Bibemus Quarry! From Aix, take a day trip just 30 minutes south, to L’Estaque. 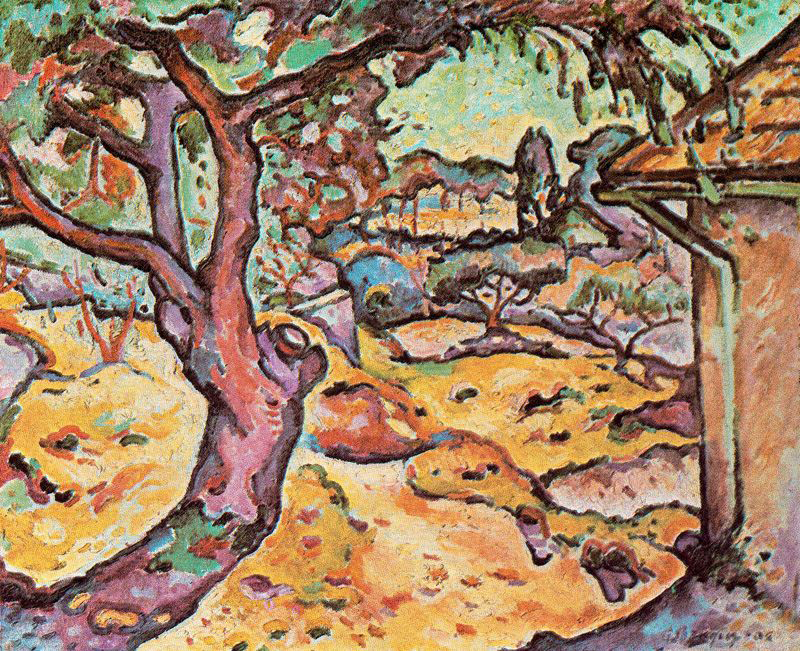 The lovely port village of l’Estaque served as a base for many painters throughout the era, during the varying movements of the art world. Georges Braque painted L’olivier près de l’Estaque there, a dream-like work. This piece raised alarm bells—literally—in 2010, when it was stolen right from its perch at the Paris Museum of Modern Art. Understandably, the art world was up in arms over the heist, but this whodunnit remains a mystery. So while you might not be able to see the original painting—unless you have some sort of connection to the black market stolen art scene—you can still see the town that inspired it. L’Estaque has changed, though, and is now part of Marseille’s 16th arrondissement. Walk to the top of the neighborhood for a timeless view of the water before embarking on a two-hour drive east to Cagnes-sur-Mer. 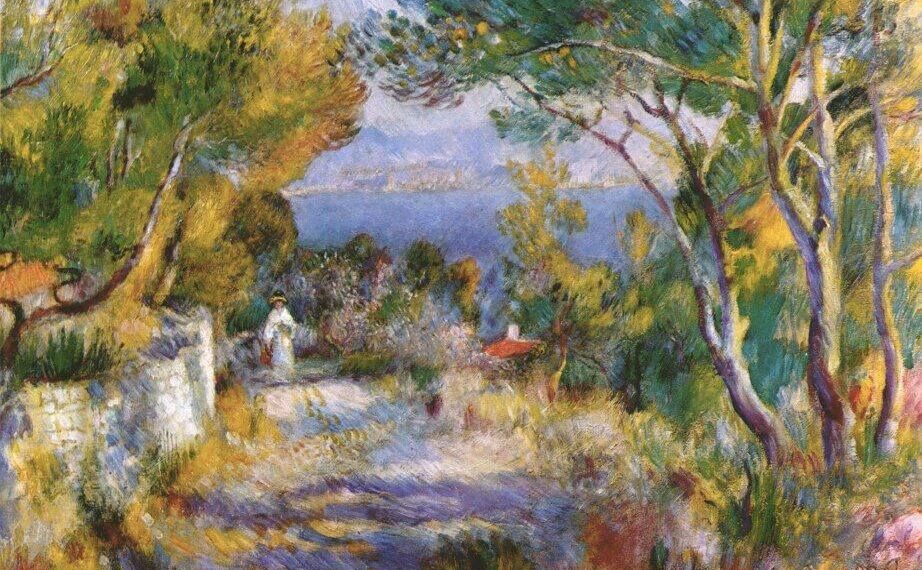 Another picture-perfect town on the water, Cagnes-sur-Mer is where Pierre-Auguste Renoir spent the last years of his life. While he didn’t spend many of his productive years in this little beachside retreat, Renoir did make some quite lovely, emotion-filled, landscape paintings while he was here. Visit the Renoir Museum, the artist’s home that boasts many pieces from his final years. Say goodbye to the coast and head north on the whopping nine-hour car ride to the capital—I hope you have some good Édith Piaf on your iPod to pass the time. 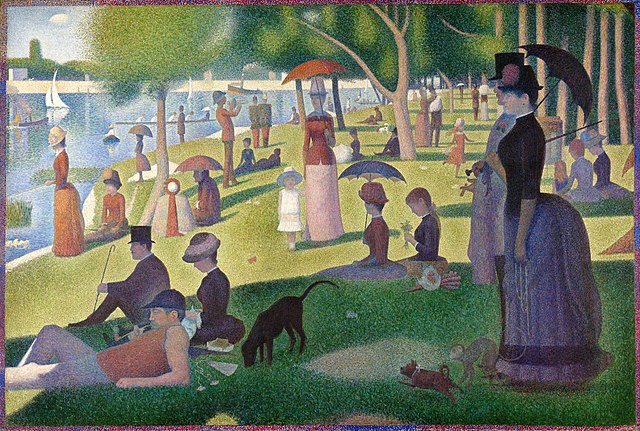 Once in Paris, make a beeline for Île de la Jatte, an island on the Seine. You’ll probably recognize it from Seurat’s A Sunday Afternoon on the Island of La Grande Jatte, a painting of rather distinguished-looking folks holding umbrellas and enjoying the sun in huge dresses and top-hats. Most striking about his painting was the innovative way in which he created the images—rather than traditional brushstrokes, Seurat used thousands of little dots to compile the larger image, a technique later known as pointillism. Get close enough and it looks like an amalgam of haphazard colors; back away and the painting shifts into focus. Pack a picnic and enjoy the water (okay, it’s not the côte d’azur, but it’s still pretty nice) before going 20 minutes northeast to the 18th arrondissement. 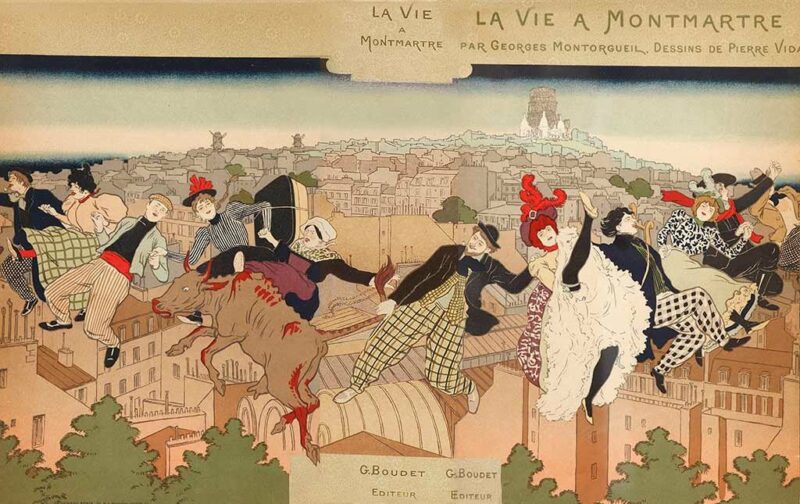 In 1891, the Moulin Rouge cabaret commissioned a series of a posters to advertise its venue. The job went to Henri de Toulouse-Lautrec, a dwarf with a penchant for alcohol and brothels. Toulouse-Lautrec immersed himself in Montmartre, a bastion of bohemian salons, artists, drugs, and sex. Toulouse-Lautrec created posters that enticed crowds into the cabaret, but also produced intimate paintings of prostitutes, who he so readily engaged with. Visit the Moulin Rouge and you’ll see the telltale red windmill; study one of Toulouse-Lautrec’s tender paintings more closely and glimpse the humanity of the establishment’s former dancers. Purchase tickets to the show; it’s what Toulouse-Lautrec was paid to encourage! After sufficiently soaking up the nightlife in Pigalle, leave the city and drive an hour north to Giverny. 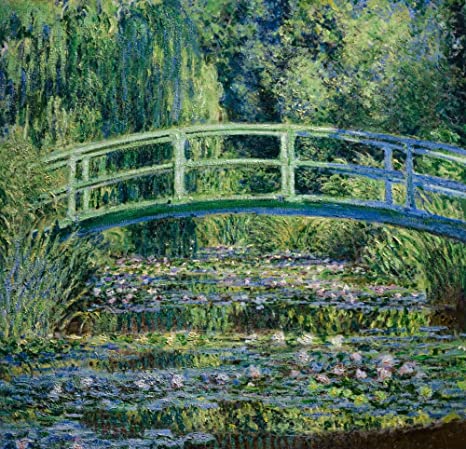 Also around the same time (I know, don’t you wish you wish you lived in the 1880s, sewage issues aside?), another artist was busy founding impressionism, or at least contributing prolifically to the new movement. In the Normandy region of Giverny, Claude Monet bought a house where he created some of the most beloved paintings in the world. In Giverny, Monet painted Mornings on the Seine and his huge Water Lilies collection, both hazy and dream-like in subject and color. Visit Monet’s Gardens, which includes the actual water lily pond. They look the same, but a little more…realistic.

Perhaps this proposed road trip will rack up the mileage on your car, but it will also take you to some of the most artistically important places in France. These places once inspired brilliance and beauty—who’s to say they won’t do it again for you? Bon voyage!