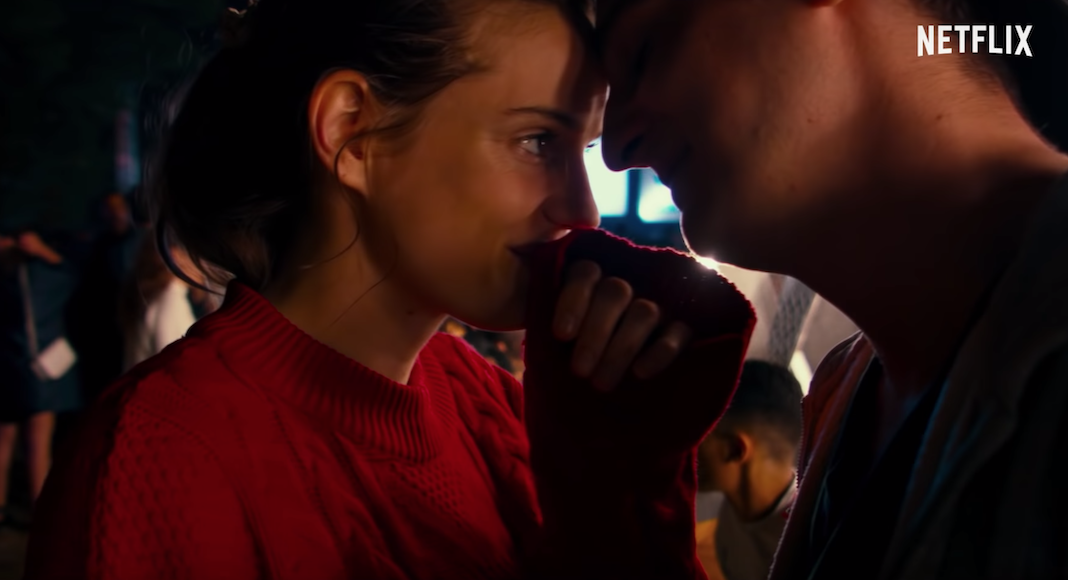 10 French Films and Series to Watch on Netflix This Summer

A 17-year-old delinquent becomes the pimp of a young prostitute in the seedy areas of Marseille. The film is a love story that shook the Caesars and Semaine de la Critique at the Cannes Film Festival in May of this year. — watch here/

After escaping a plane crash, a young girl explores a Paris in the grips of events beyond her control. Shot over three years and financed through a crowdfunding operation, “Paris est à nous” is a reflection on Parisian youth in a turbulent social context. A generational film with a polished aesthetic. — watch here

After a critically acclaimed release in February in France, the film “Le Chant du Loup” (“The Wolf’s Call”), arrived on American Netflix on Thursday, June 20. This is the first film of former diplomat Antonin Baudry (former cultural advisor at the French Embassy in the United States), who directed the film. And for his first film, he’s not doing anything halfway: a budget of 20 million euros, shooting inside real submarines, a cast that includes Omar Sy, Reda Kateb and Matthieu Kassovitz… The film tells the story of the face-off between two French submarines, the Titanium and The Mean: one, on the basis of false information, threatens to start a world war with a nuclear missile launch, the other tries to prevent the launch by all means necessary. — watch here

The combination of cannabis and family drama had proved to be a winner with the excellent series “Family Business.” To revive (and repurpose) their struggling butcher shop, the plans for a family “beucherie” (a mixture of “beuh” and “boucherie” meaning weed store) are launched when the legalization of marijuana is announced. The first episodes were released on June 28. — watch here

A sort-of French take on “Sex and the City,” “Plan Cœur” (or “The Hook-up Plan” in English) focuses on the lives of three Parisians who each have their own struggles, daily battles, and inner conflicts. The main character, Elsa, has been chronically single for a while and still getting through a very rough breakup. Without her knowledge, her two best friends hire a male escort to lift up her spirits. What happens is a surprise for everyone… — watch here

This period piece French dramedy is exactly what you hope happened in the 18th-century French courts. When the wealthy widow Madame de la Pommeraye, played by Cécile de France, is rejected by her love interest, she schemes up a revenge plot and persuades the young Mademoiselle de Joncquières to help her. — watch here

A gang of French teenage boys that idolize the West Coast of the United States of America — it doesn’t get much funnier than that. They talk about the different ways rappers hold guns and recite French-tinged pronunciations of rap lyrics and live a fairly simple West Coast-adoring life… until they steal a gun and lose it. Their friendship (and love of all things West Coast) is tested while they try to retrieve and the return the missing stolen gun. — watch here

In the fictional town of Villefranche, surrounded by 50,000 acres of dark and mysterious forest, the head of the police force has to figure out why the homicide rate is six-times the national average. This French-Belgian thriller was met with international acclaim when it was first distributed by Amazon. Now, Netflix holds the rights to the first two seasons (note that the trailer above is for the second seasons so there may be spoilers). — watch here

In this French- and English-language critical hit, American Kristin Stewart plays a personal shopper to a celebrity in Paris who is trying to contact her deceased brother. The supernatural, psychological thriller was a big role for Stewart, one that she performs flawlessly. The film competed at Cannes for the Palme d’or in 2016.  — watch here

A New York Times critic’s pick, “My Golden Days” is an ode to young love. Recalled through memory, the story of an older man’s life is depicted from youth to his present age. His first love haunts him his whole life, even as he leaves France for the Soviet Union and begins pursuing other women. — watch here

Sarah Lapied and Jenny Hughes contributed to this list.