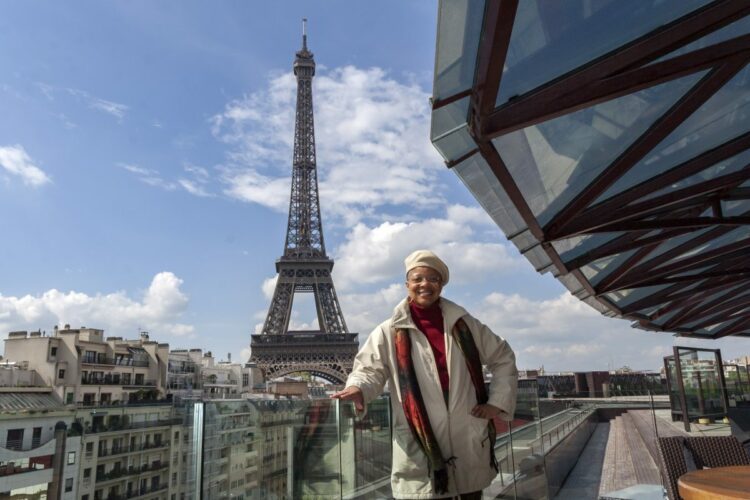 Paris is a city best seen on foot. The cobbled hills of Montmartre or the pedestrian-friendly microstreets of the Marais are easy to lose yourself in with a kind of aimless wandering that Charles Baudelaire (and later, Walter Benjamin) termed flânerie. But with so much of Paris’ rich history hiding in plain sight — blink and you’ll miss the 9th arrondissement plaque noting that Josephine Baker, the famous entertainer and civil rights activist, opened her first Parisian cabaret ici — it can be a  bonne idée to set out on a walking tour to get the most out of your moseying. Whether self guided or with a group, there’s a niche tour for just about everything: writers, artists, musicians, the Catacombs.

One of the longest-running tour operators in the city, Entrée to Black Paris (formerly called Discover Paris), now offers 14 different specialized tours focused on the history of Black Paris. Tour participants are introduced to the neighborhoods where famous figures spent their time and created some of their most iconic works, from the café where Chester Himes would write to the nightclubs where Bricktop sang.

“African Americans who travel are always looking for some sort of connection with Black people wherever they’re going, and to know a little bit about the history of Black people wherever they’re going — if there is one, and if there is then what was it?” says the tour’s co-founder, Monique Wells, who launched Discover Paris with her husband, Tom Reeves, in 1999. “So we decided to create some self-guided walks on this topic for Paris.”

Tom’s tour (Black History in and Around the Luxembourg Garden) is often more popular, as it is open to the public and bookable more last minute; Monique’s tours are private, and need to be booked at least six weeks in advance. For that reason, she often works with study abroad groups or group travel tours, as they tend to be obligated to plan in advance, she tells Frenchly. (Tom’s tour is available to book online.) 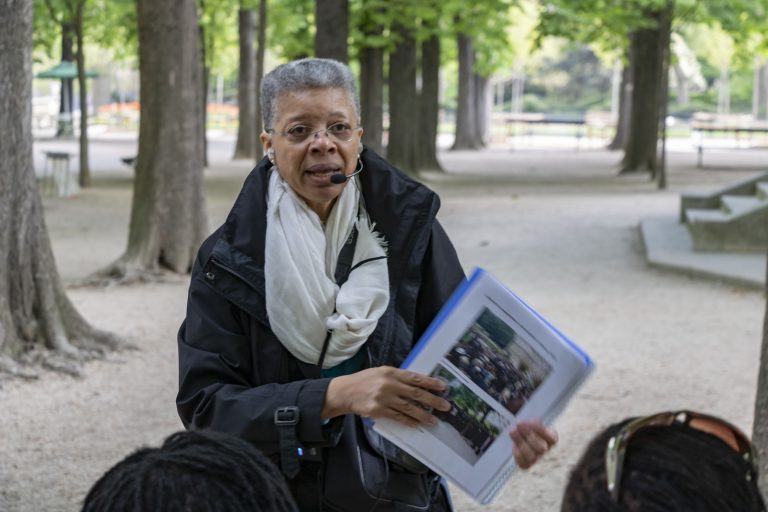 Soon, demand for the tours grew, with more people requesting guided experiences as well; she and Tom adjusted their self-guided routes and now lead 14 different tours, ranging from ‘Black History in and Around the Luxembourg Garden’ to ‘Black Images in European Art,’ which is a tour of the Louvre. “We have 14 set walking tours, and they range from looking at a geographical area in Paris and all kinds of things and people can be involved, or we have tours that are focused on individual people,” Monique says. The tours can revolve around Black luminaries such as Richard Wright, James Baldwin, Langston Hughes, Josephine Baker or Beauford Delaney, her favorite (and previously largely unknown) artist.

In 2009, Wells launched a foundation in his honor, Les Amis de Beauford Delaney, to raise funds in order to purchase a tombstone for his previously unmarked grave. She continues to champion and advance his legacy through her writing and the foundation, as well as her Beauford Delaney’s Montparnasse tour, which she says is one of her personal favorites.

That’s perhaps one of the most wonderful parts of Entrée to Black Paris: Monique and Tom will introduce you to some, or several, characters you’ve never heard of, in addition to those who are more familiar (think Josephine Baker and James Baldwin). No matter how well you think you know Paris, the history gleaned on their tours informs a new and nuanced perspective of the city and how people of African descent have shaped it.

On a recent rainy day in April, I met Tom for his tour of the Luxembourg Gardens; it was the two of us and a British mom and her two kids. We met in front of Le Petit Journal, a jazz bar across from the park. Tom began by telling us about the early history of jazz in France, showing us photos from a binder in a charmingly old school presentation.

As we skirted around the park, he told us about some of the most iconic Black writers who made their home in Paris, from Richard Wright to Chester Himes. He gave us the opportunity to sit down as often as possible and kept stops to under 10 minutes, which allowed both the young children and my own ADHD-riddled self to focus and absorb the information in manageable blocks. 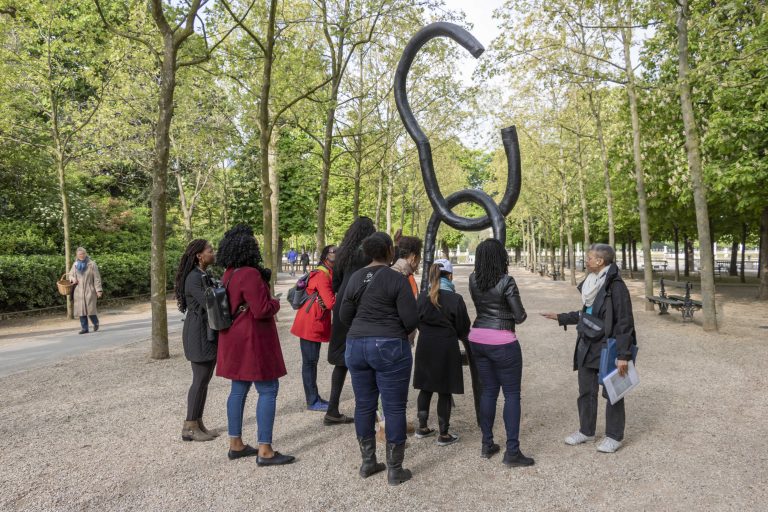 The tour ended at France’s monument to formerly enslaved people, a sculpture of three interlocking and open chain links by artist Fabrice Hyber, called ‘Le cri, l’écrit,’ (The Cry, The Writing). The sculpture has prompted particularly poignant reactions from tour goers in the past, Wells tells Frenchly, with a number of them growing emotional or exasperated over the fact that this history isn’t taught in America.

“After I explained the significance of the space and the sculpture, [one] woman was actually very upset. She was saying out loud, ‘I just feel so stupid.’ And one of the young women [on the tour] said, ‘You shouldn’t feel stupid. They don’t teach this. You had to come all the way here to learn about this.’ Another young student started to cry, and she said, ‘I’m just overwhelmed. I just can’t believe that the nation of France has put this here. We have nothing in the United States,’” Wells recounts. “This whole encounter was incredible. I had never seen anything like that before or since.”

For those unable to travel to Paris, Wells also offers a virtual version of the tour, which she launched in partnership with her nonprofit organization, the Wells International Foundation, during the pandemic. “There are so many people that cannot afford to travel, and this is a wonderful way to dip your toe in,” says Wells, who adds that the tour is particularly great for middle and high schoolers. The focus is “to help underserved minorities get a taste and a love for travel.”

Sophie Dodd is a staff writer for Frenchly who covers all things Paris, travel, wine and lifestyle. She also writes for Travel + Leisure and PEOPLE. You can follow her adventures in Brooklyn, Paris and beyond on Instagram.