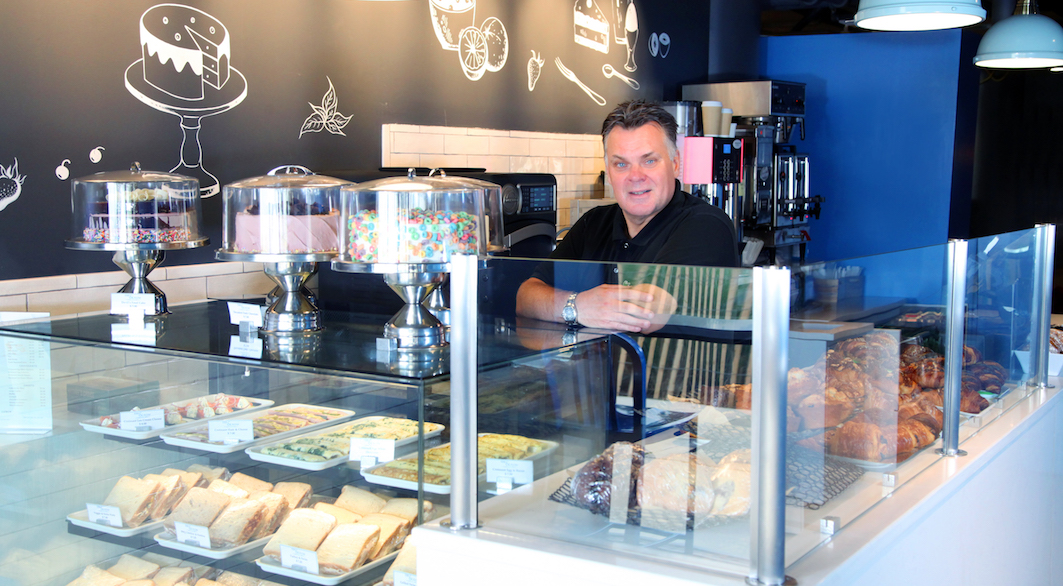 “It’s a brasserie on the water.” That’s how François Payard describes his new venture, Estuary. This spacious restaurant, with 150 indoor seats and 80 outside, has just opened its doors a few steps from ONE° 15 Brooklyn Marina in the heart of Brooklyn Bridge Park.

For the famous French pastry chef, this poses a new and exciting challenge after one year working as a consultant in a Brooklyn-based restaurant group. ONE° 15 Brooklyn Marina, which owns Estuary and Ebb & Flow, the small pastry and sandwich shop that extends from the restaurant, recruited Payard to be their culinary director. The two spaces must make it possible to attract the different clienteles that coexist around the marina. You have the residents of the very chic Brooklyn Heights, the athletes who work out on the neighboring piers, the tourists who stroll around Brooklyn Bridge Park, not to mention the boaters… “This is a multifaceted operation: we can make top-level food but also at the most casual level. You can have a lobster roll on the terrace with rosé, but you can also have the option of ordering larger meat and fish dishes,” says Danny Brown, Queens’ Michelin-starred chef who is in charge of Estuary’s cuisine.

The menu is naturally focused on seafood products. These include a branzino en cocotte ($29) and a Portuguese tomato and sardine pie ($16). At the back of the main room, whose décor and blue tones evoke the marine world, the chef has set up a raw bar that will serve Long Island oysters and other seafood. “It’s an affordable version of Le Bernardin. We are very oriented towards fish,” says Payard, referring to Eric Ripert’s three-star restaurant known for its seafood-rich dishes, where he worked as a pastry chef. A long bar with about thirty seats runs near the entrance.

Next door, at Ebb & Flow, they serve pastries, sandwiches, salads, savory and sweet croissants to go, and unusual layer cakes. For the time being, there are few other restaurants in the neighborhood. “I see the potential of the area, but we don’t want to set the bar too high. We want to move forward step by step,” he says. “We want to be a good neighborhood restaurant where people come two or three times a week and where everyone can find something to eat.”