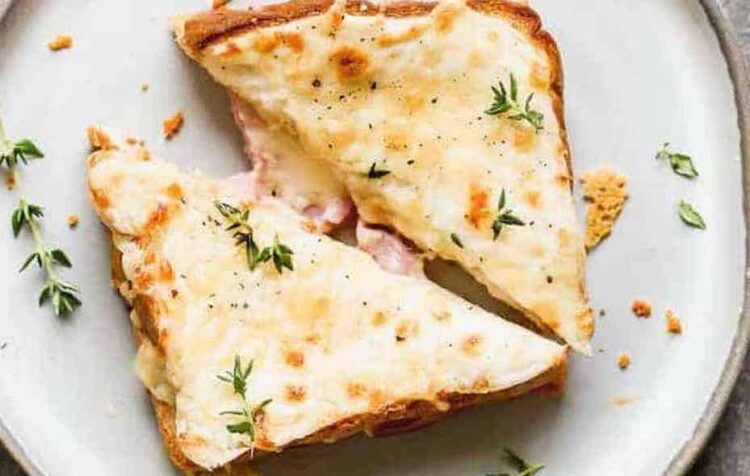 “It was always Paris and you changed as it changed.”

We began with a croque-monsieur. A simple, hot, bubbly, cheesy sandwich retrieved by my palate from dusty memories of cafés and Gauloises cigarettes and black express in tiny cups.

It was March of 2020. COVID had descended. Our boys were home. We were all home. All the time. Back in February, in a moment of uncharacteristic prescience, my worst-case-scenario thinking had paid off: I had thought,“Yeah, our kids are coming out of school any day now.” Over two weeks, I cleaned our entire, rambling pre–Civil War money pit while the kids were in school. Then, one stormy evening at dinner, as February turned to sleet-and-brown-snow March, I turned to my two boys, ages eleven and five, and tried to sound casual: “So, guys . . . if we were to take you out of school, or school just somehow stopped, say, and we had to homeschool, what would you want to study? Just for a few weeks?”

My eleven-year-old son, M., paused his recitation of his favorite lines from the “Taco Town”skit on Saturday Night Live.

“Huh?” His eyes tried focusing on the extraterrestrial that had replaced his mother.

My youngest son, L., piped up.“Egypt,”he said, and then,“mummies.” M. had another suggestion:“How about French?” he asked.

But as of 2020, I hadn’t strung together more than ten French words since that last trip. French had become a forgotten and lost part of my story, as the many selves I once was were sloughed off, leaving only the one enormous, engulfing role of maman.

“OK,” I said.“Great ideas.” When lockdown began, we dove into Egypt and mummies immediately and decided to commit to a “French Friday” for language study. 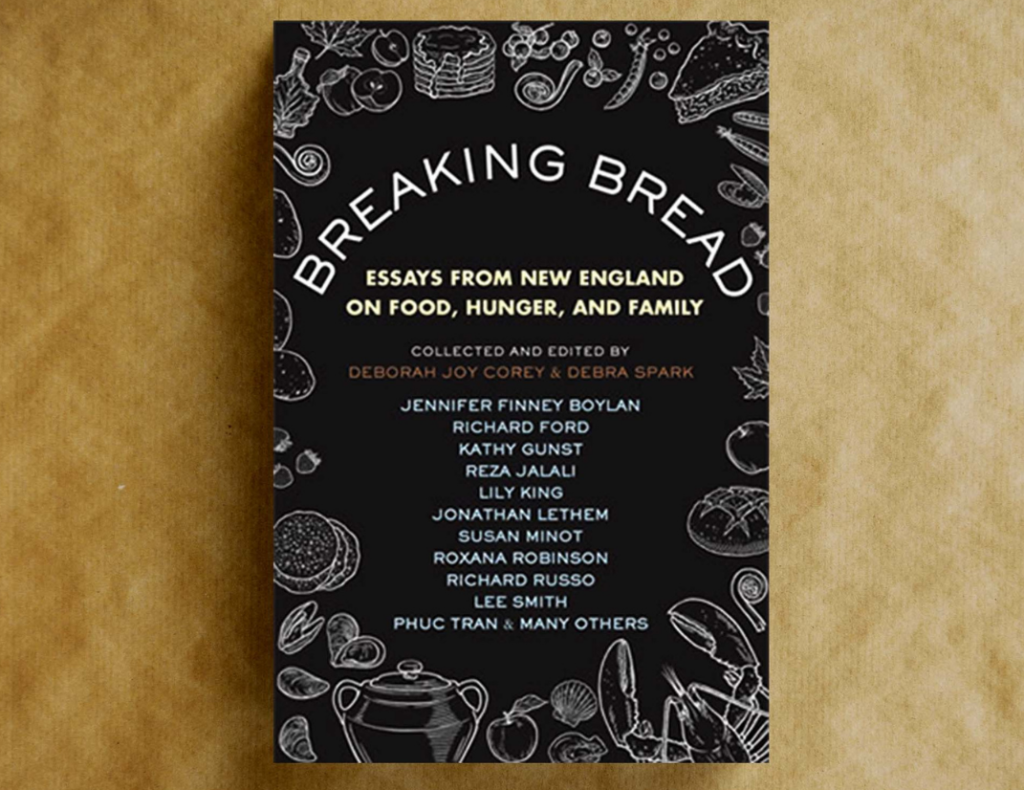 When that first Friday rolled around, after an ersatz on-the-fly French lesson, it occurred to me that the kids and I should make something French for lunch. Rooting around the fridge showed me that I had bread and smoky turkey bacon and cheese.

“OK, so there’s this sandwich,” I explained. “Maybe we can make it? It’s got bread and cheese and ham . . . but . . . I think we can use this turkey bacon. Here’s a photo of one; it’s called a croque-monsieur, which I think means Crunchy Mister. Or maybe it’s Mister Crunch. One of those two! Bof!”

Both kids could agree that it looked mighty tasty. Too late, I realized that béchamel was involved, and we were already out of lait.

I scanned the fridge. Hmmm. No milk, but I had yogurt. And butter.

“M.,” I said,“can you find the Calvados in the cupboard over there? I think we can make something with yogurt and butter and Calvados.”

L., on the other hand, was busily pulling every bag of flour onto the counter and reaching for an old bag of marshmallows. “Non, non,” I scolded.“Assieds toi! Sit down. In a minute you can cut the bacon.”

Quickly, M. and I whisked together the butter, Calvados, and some brown rice flour over low heat. As he stirred, I scooped in the cream top of the yogurt. He kept whisking. It was getting thick. I ground up some pepper in the mortar and pestle and added that and some salt.

It needed nutmeg. I called L. for the task.

Grating noix de muscade is a very special and favorite chore in our house. Even L., at five, understands that to make an unctuous Bolognese, a transcendent creamed spinach, or a sublime apple pie, the tiniest hint—never too much—of nutmeg is the secret. He arrived with his chest puffed out with importance, clutching the grater and the little acorn-shaped spice. Râper, râper, râper.

I tasted it. Then we all tasted it. “Ajouter du sel,” I said. We added salt. Hmmm. “Oh, I know. A bay leaf.” I threw that in. “And Parm.” I added some grated Parmesan, because who had Gruyère lying around in their frigo on March 20th of 2020?

“Ajouter de beurre,” I told M. He regarded me for a long second. I stared back.

We all tasted it again. “Wow,” M. said. It was delicious. Tangy and cheesy and warm and savory, with the tiniest hint of Calvados.

Then, he asked,“Is that what béchamel is supposed to taste like, Mama?” “Pretty darn close,” I said, pretty darn amazed.

Finalement, we had two sandwiches slathered with béchamel and stuffed to the gills with thick slices of bacon and a deceptively Gruyère-like Parmesan and cheddar cheese mixture. We popped them into the oven and waited. It felt like hours.

Well, cooking with one’s children toujours feels like hours. And when they are hungry, it feels like des années. Mais, enfin, the sandwiches got melty and golden brown, and the smell in the house was cheesy and aromatic.

There was only enough for two. As our children ate, saying,“Oh God, this is the best sandwich ever,”my husband and I hovered like hungry dogs, lucky enough for the piece of crust our youngest threw us to split.

But, oh, the joy on their two faces!

And each Friday, in the chaos of flour going everywhere, my kids snatching spoons from each other and yelling, some tears of frustration of my own, and four rumbling bellies, we have found a few minutes to laugh and, eventually, to sit down to eat something unexpectedly wonderful. Admittedly, a glass of Bordeaux became de rigueur for the grownups.

With that glass in my hand, and les bougies flickering from the center of the dining table and radiating a warm glow into the afternoon gloam, I’ve found myself, week after week, in the momentary silence of my children devouring something delicious and new and interesting, going back in time using the portkeys of my nose and taste buds. First, I wander into the pâtisserie around the corner from my light-filled apartment in the Fourteenth arrondissement, ironically on the Avenue du Maine, the same name as my home state. My apartment had balconies all around and louvered doors from which I could step outside high above the avenue. Watching my family eat on Friday afternoons, I could almost feel the weight of two warm baguettes for dinner in my arms, and I could smell their yeasty, crusty fragrance, and taste the sweet pastry chouquette I had bought to tide me over on the cold walk home, that Parisian wind cutting right through my stylish dark wool coat. In the approximate quiet of “mms” and chewing from my boys, I could remember the roseate face of the butcher at the Sunday street market not a five-minutes’ walk from my apartment, who sold me a dinde for Thanksgiving that year; I thought of the time my friend Nils taught me to make mousse au chocolat in his apartment and the time another friend, Luce, taught me how to use crème fraîche in, well, everything. I’ll never forget standing next to the actor Daniel Auteuil at a café bar as we both drank our morning expresso together, our shoulders touching; or the chocolat chaud delivered in a bowl at Café de Flore, making me feel like a spoiled child, and over in the corner sat Kristin Scott Thomas drinking a modest tisane; or the cobblestone and falafel smell of the Marais; or reading—uninterrupted—(something I can’t even imagine now with two young children) for entire afternoons at the Bibliothèque Sainte-Geneviève, the brass lights on the long wooden tables casting golden orbs onto ancient texts. Finally, I find myself entering the sculpture garden of the Musée Rodin, which I did at least once a week to draw or, sometimes, to just sit on a bench, and a feeling of bliss and peace comes over me, once again.

“Paris,” as the great writer once wrote,“is a moveable feast.” I just didn’t know that it could be resurrected for me quite like this, despite the loud bumps and bangs of two energetic boys, as we all sheltered in place. With out their even knowing it, my kids were giving me back a part of myself, long forgotten. And I was accepting it, like une boisson of cool water on a hot day.

Caitlin Shetterly is the Editor-in-Chief of Frenchly and is the author of four books. Her latest, a novel, Pete & Alice in Maine, will be published by Harper Books in 2023. www.caitlinshetterly.com. 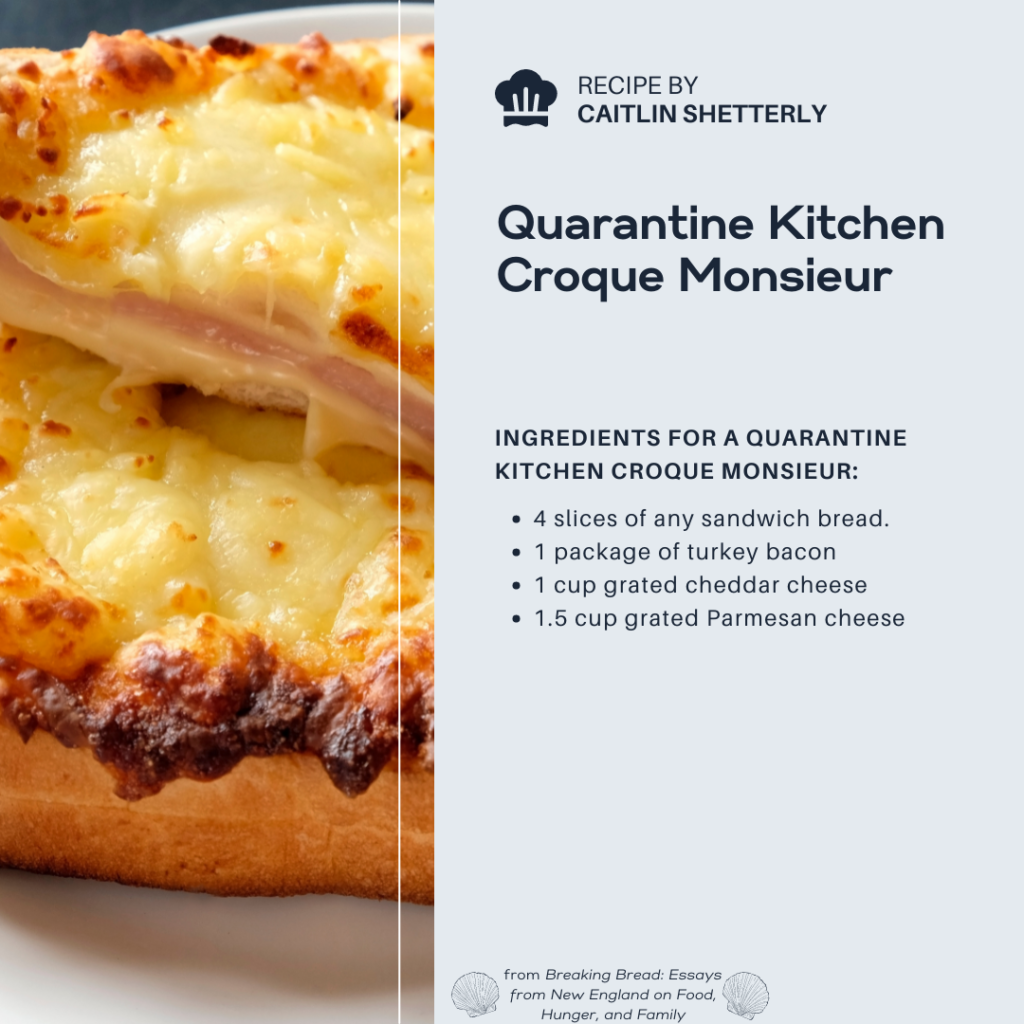 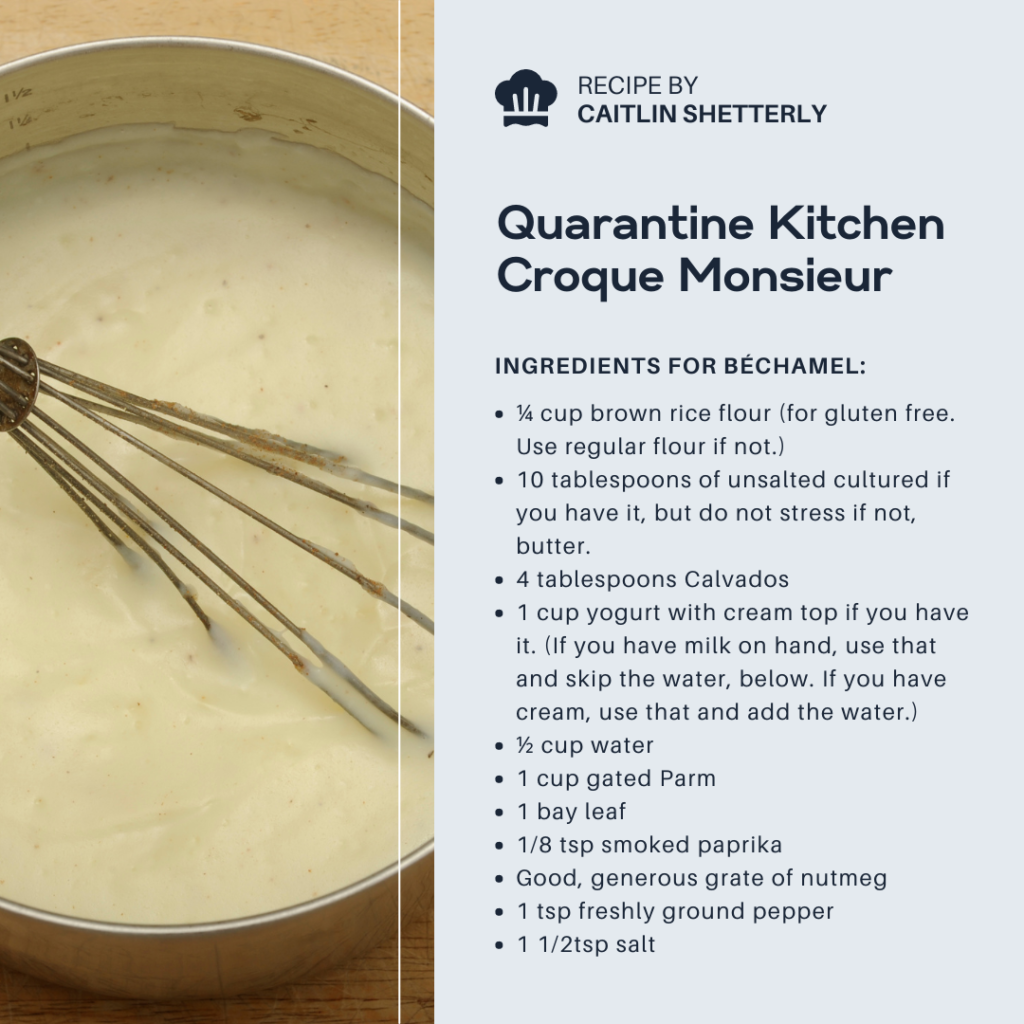 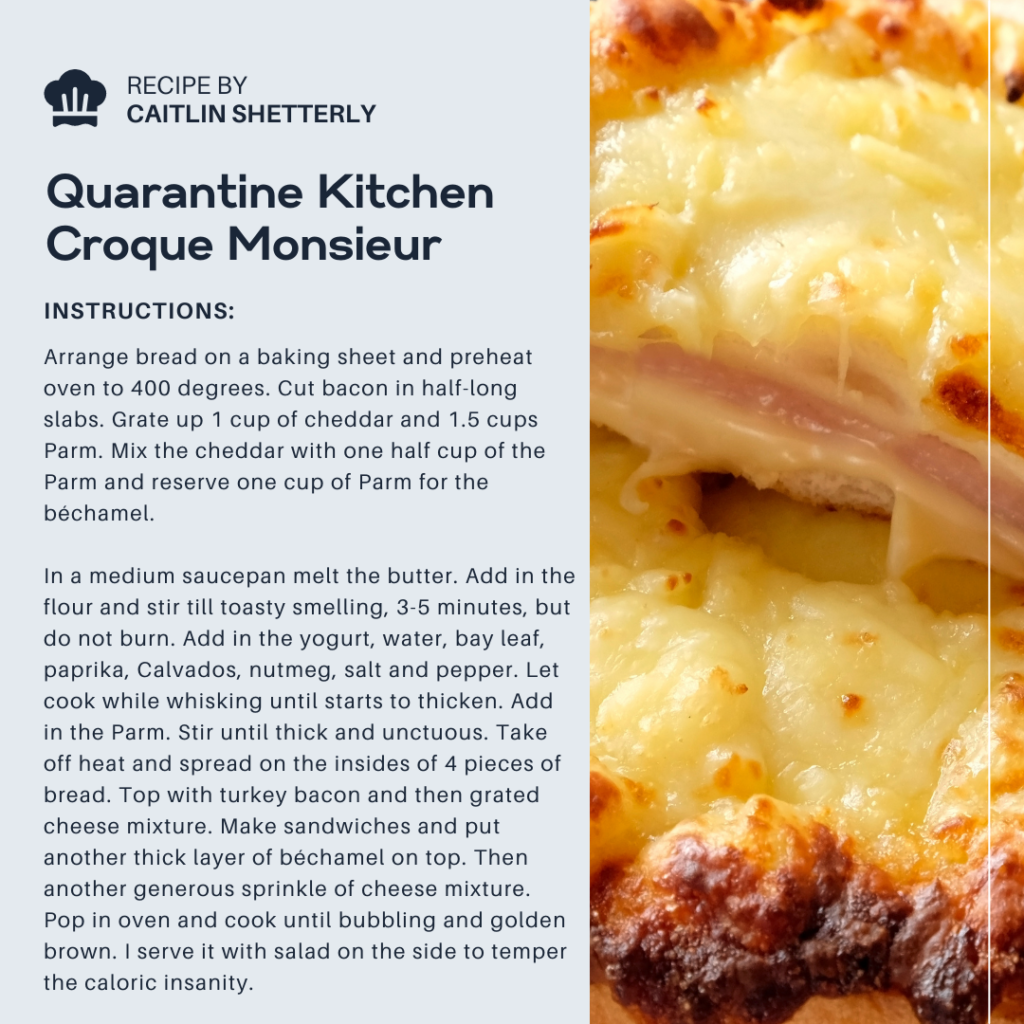 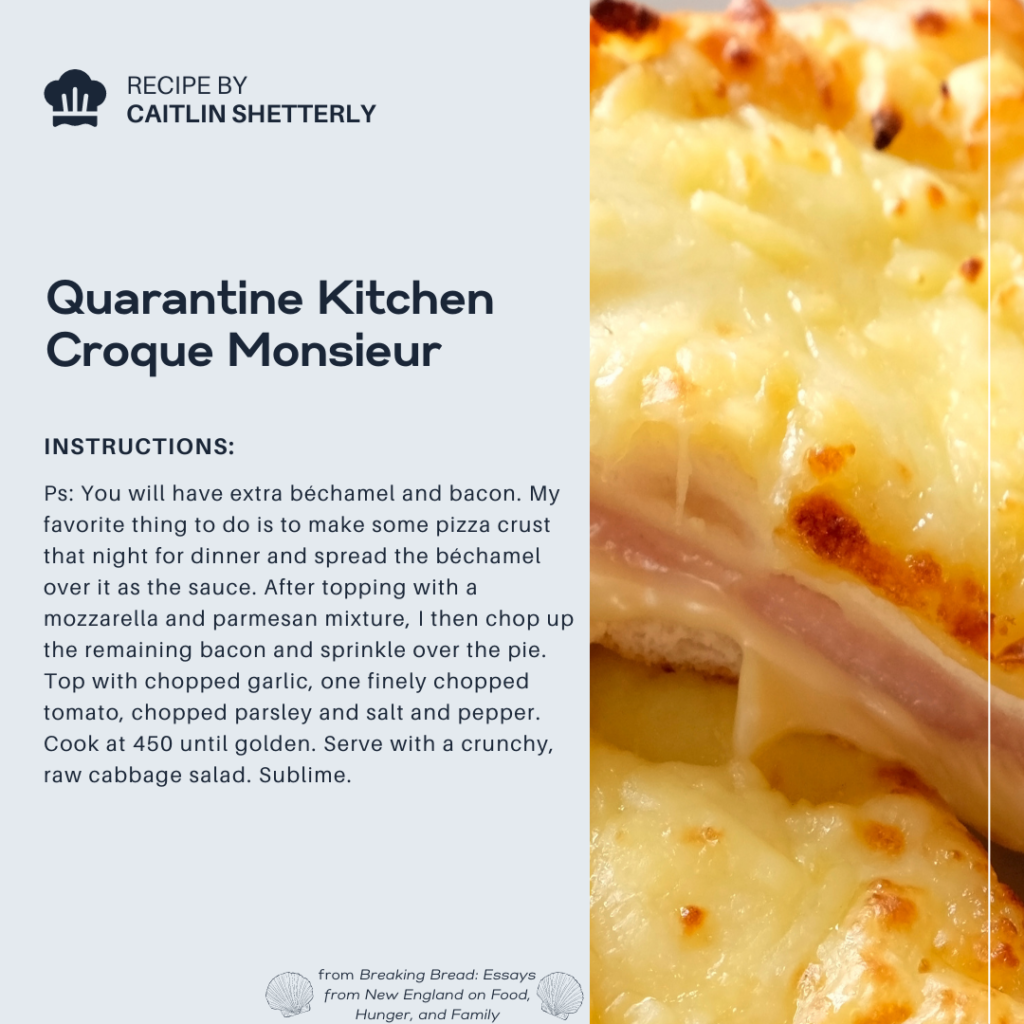