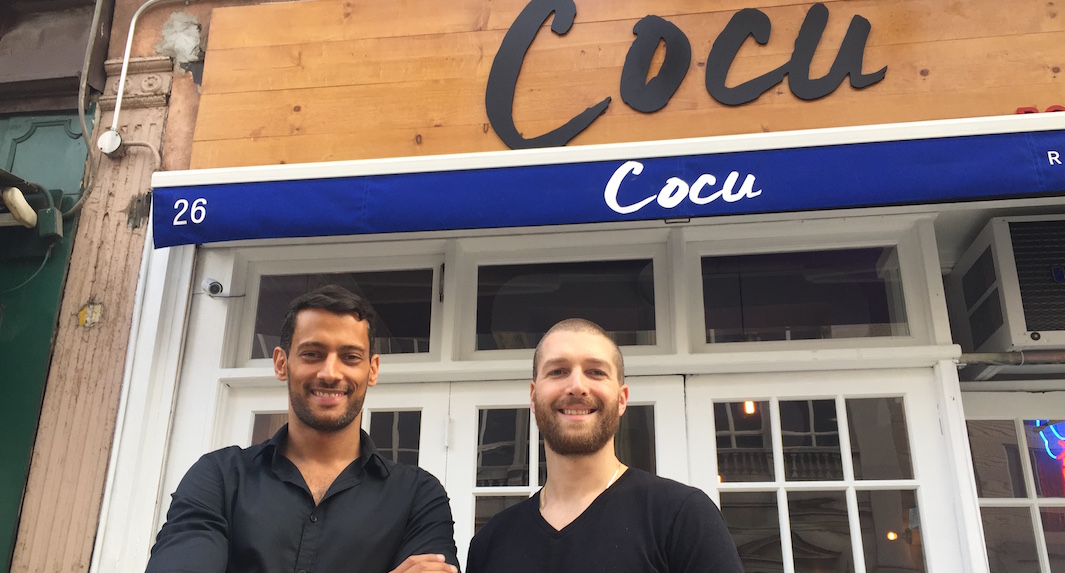 In French, the phrase “faire cocu” means to cheat on someone, making Cocu an interesting name for a rotisserie chicken restaurant. The duo stand fiercely by it. “I have a friend who works in the electric car business,” Ternoir explains. “He told me that ‘Cocu’ was the type of name we should be looking for, a bit arrogant and provocative.”

The pair initially considered opening a traditional restaurant, but “there are so many. We thought we’d be more likely to fail opening a classic restaurant than pursuing a rotisserie chicken concept,” Belkacem recalls. “There’s a lot of chicken for sale at Whole Foods and smaller establishments, but they’re dry and not good,” added Ternoir. “We thought maybe we could sell good chicken, juicy and with a side dish. It’s like the chicken we eat on Sundays in France.”

Cocu falls into the booming “fast casual” dining market, a high-end fast-food concept revolutionized by restaurants like Shake Shack and Chipotle. All of Cocu’s chickens come from Upstate New York. “They’re free-range and fed grain with no antibiotics or hormones,” says Belkacem. “Chicken is like bread. Everyone likes it, adults and children alike. We’re not tired of it. We figured we could make a quality chicken, not too expensive, and with good portions.”

On the menu, there’s a selection of affordable rotisserie chickens, with Mustard, Provençale, and Cajun seasoning. It’s $6.75 for a quarter of a chicken, and $18.99 for a whole chicken. Customers can also choose from a large selection of sauces, salads, soups, and sides, including mashed potatoes, French-style macaroni and cheese, ratatouille, carrot ginger soup, quinoa salad, and more.”There will be vegan and vegetarian options in the future,” Ternoir adds. Wine and beer will be available for purchase as soon as Cocu’s liquor license arrives. The space is intimate, with 15 seats inside and 12 outside.

Belkacem and Ternoir were able to open their restaurant thanks to an investment from an American man, a head at a brand of luxury bags, that Ternoir met during his years at Quality Branded. The two Frenchmen are hopeful that success at Cocu will allow them to open a second: “If the first Cocu works, we’ve already got a an operational agreement that will allow us to open a second location.”