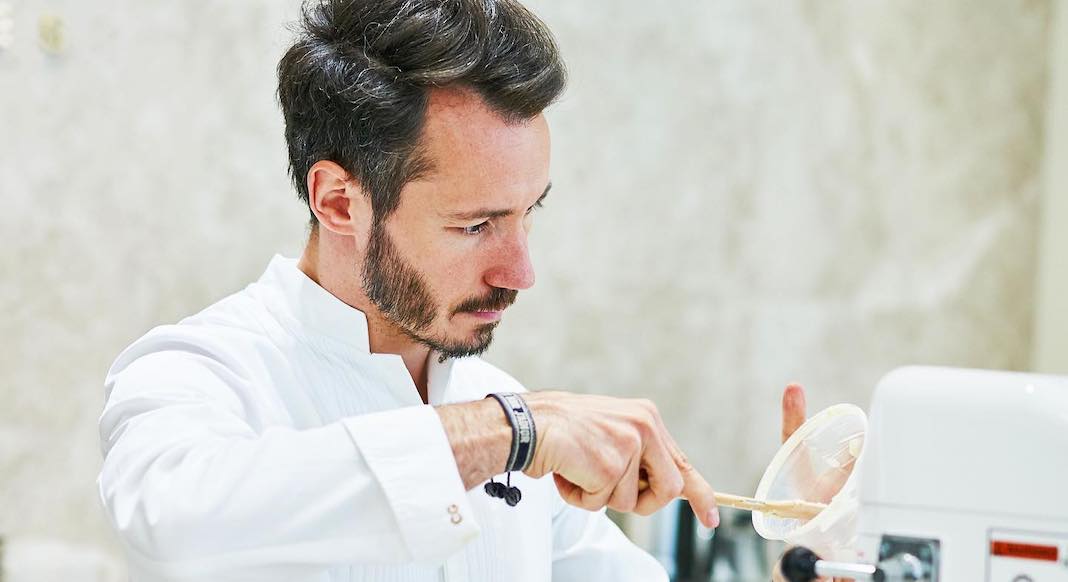 Cédric Grolet Will Open a Bakery in Paris This Year

World-famous French pastry chef Cédric Grolet shared last week on Instagram that he has a new project in the works in Paris. The announcement of the upcoming venture was posted as a caption alongside two images: one of several small baguettes, the other of a pain au chocolat.

Hardly a subtle easter egg, the caption and images together make the upcoming venture clear: Grolet is opening a bakery.

“I’m finally making a dream a reality… After working on and refining this project for nearly a year, I’m announcing the beginning a new venture that will be launched in Paris at the end of 2019,” wrote Grolet on August 2.

Winner of the Meilleur Patisseir du Monde in 2018, Grolet is best known for his trompe l’oeil dessert fruits. A year ago the 33-year-old pastry chef opened his own boutique, La pâtisserie Le Meurice par Cédric Grolet, inside Hôtel Le Meurice where he works as head pastry chef creating desserts and sweets for tea time. The boutique, which has no customer seating, offers four or five kinds of trompe l’oeil fruits per day for 17 euros each, or thriftier foodies can buy more-affordable cookies, madeleines and choux vanille fraise.

According to Sortir à Paris, the new store will be in a 300-square-meter space, of which one floor is a tea salon. The reported location is on avenue d’Opéra, where Jeffrey Cagnes’s pastry shop used to be at 35 avenue de l’Opéra. At that location, the store would have a strategic location, residing on a street connecting two major tourist attractions, l’Opéra and the Louvre.

In the post, Grolet noted that he was not leaving his job at Le Meurice for the project. Date, location and details on the project will be shared upon Grolet’s return from vacation.