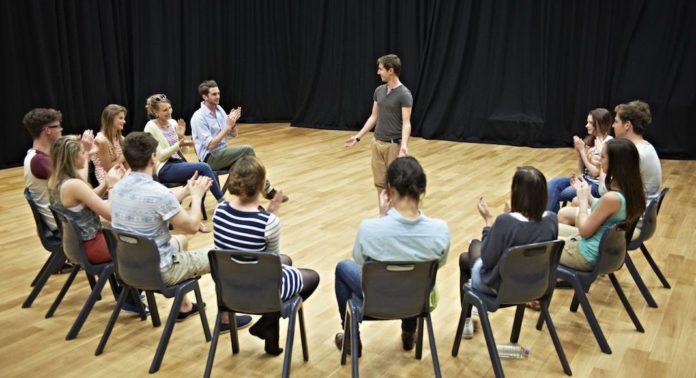 While French language classes are easily accessible in New York City, French-learners will find that most classes focus on grammar and writing but do little in regards to speaking. Students often get frustrated and bored learning a new language without deeply engaging, immersive material. If you haven’t had much success learning French in a traditional classroom setting, we invite you to check out five fun and alternative ways below.

L’Atelier Théâtre, started by French native Roxane Revon, provides drama classes in French for adults, teenagers, and kids in New York City. Through acting and improv, Revon provides students with the opportunity to “learn the pleasure of the French language.” L’Aterlier Theatre offers an acting scene level 1 class for those who already know a bit of French. Students who only know bonjour and merci, fear not! In the fall, L’Atelier Théâtre will offer it’s newest acting class for aspirational French speakers. If you are relatively fluent in French and did some theatre before, you can take scene level 2 acting class or improv. (Classes for the fall will be added in the next month.)

The sun is coming out, a breeze is picking up, and Paris is beckoning. On the blog today, we’ve got some gorgeous guides for walking Paris. Pick out your favorite via the link in our profile! ?✨

Idlewild Books, based in Manhattan and Brooklyn, offers a French Film and Conversation class for advanced speakers of French. They also provide conversation classes that focus more on speaking and less on grammar. All courses are taught in a bookstore, one in each borough, making for a cozy and inviting atmosphere rather than the classical classroom setting.

3. With an acting coach

Why wait more? There is no such thing as knowing too many languages. Excited to do something I wanted to do for a very long time. First day of my language course – a birthday gift to self. #french #language #languages #manhattan #newyork #newlife #nevertoolate #nevertooold #learnfrench #learning #foreverlearning

ABC Languages in Midtown Manhattan provides a variety of classes, including a workshop on French pronunciation taught by an acting coach. The workshop is designed for all levels of French learners looking to improve their articulation. Whether you speak a lot of French or un peu, mastering the language to sound genuinely Français can be liberating and offer more opportunities for work and travel. (Not to mention, your respect barometer just went up ten-fold with the French!) 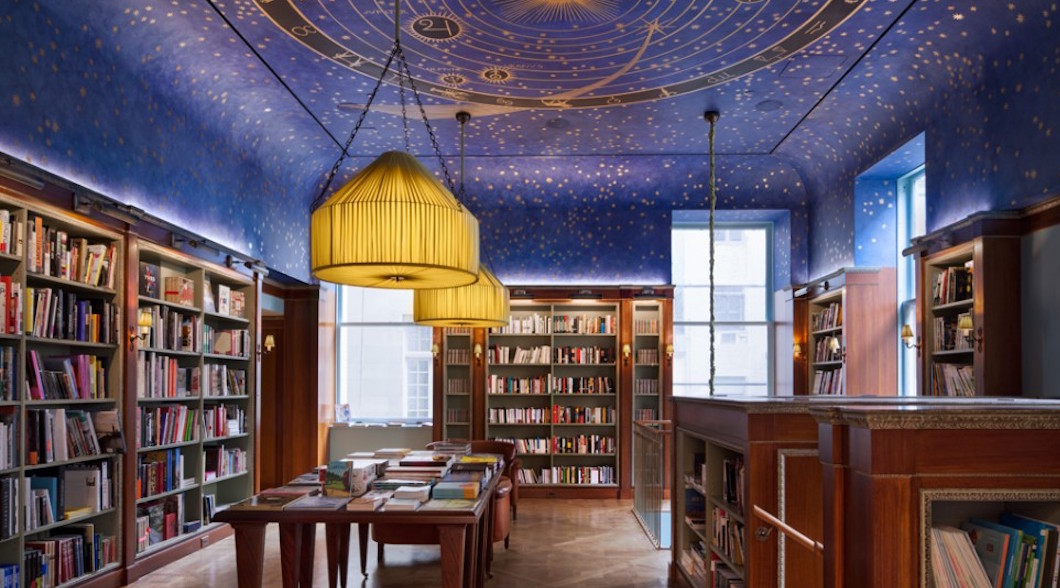 Enjoy a glass of wine and stay up to date with the best of contemporary French fiction while learning French in a truly immersive way! Curated by Cécile David-Weill and Caroline Weber, the Albertine Book Club provides an interactive journey through French literature. The book discussion is bilingual, offering conversation in both French and English, and since it’s Albertine, you can read the books in either French or English. The book club meets monthly at the French-American bookstore Albertine on the Upper East Side and is open to Albertine members and students with a valid Student ID card (learn about becoming a member here).

Learn French while practicing improv and developing scenes at the French Institute Alliance Française. In their improv class, students will work in a hands-on environment and learn French through improvisational games, role play, and scene writing and acting. All levels are welcome to attend. This class is particularly good for someone who wants to learn colloquial French combined with proper French gestures, and facial expressions. Bref! We just puffed out our lips and exhaled deeply, too!

The Unexpected Effects of Quarantine on French Kids