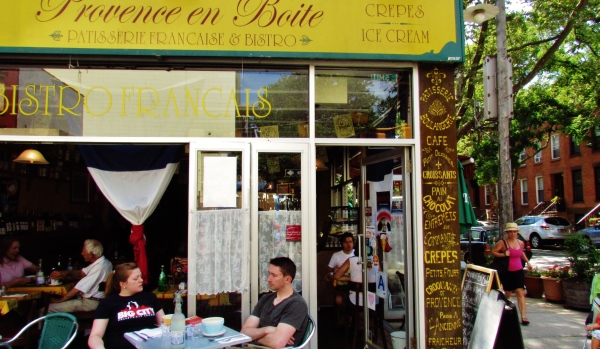 Is BoCoCa the Little France of New York?

It’s no secret that NYC is full of French expats. If you include Patois and Cajun, more than 180,000 French speakers live in the city, with another 110,000 who speak French Creole according to the most recent survey by the Census Bureau. But while we all know where to find dim sum (Chinatown) and that a “preevyet” and “spaseeba” will come in handy when getting borscht in Brighton Beach, what of a Little France in the Big Apple?

As it turns out, the last three to four years have seen the phrases Little France and Little Paris begin to pop up in the American press to describe BoCoCa, which stands for the neighborhoods of Boerum Hill, Cobble Hill, and Carroll Gardens in Brooklyn.

Why these hoods in particular? The opening of the first dual language public school program in 2007 in Carroll Gardens seems to have been a tipping point. Whether the school was responding to a need or sparking an interest, it certainly started a trend. 7 years later, New York counts 11 French-English bilingual programs in schools, with 7 of them in Brooklyn. Those schools attract not just French native speakers but also other families with the desire to educate their children in both languages. Right in the same neighborhood, the International School of Brooklyn is  bilingual school recognized by the French government. The French Institute Alliance Francaise is also here, far from its base in the Upper East Side, having opened classes for adults in the ISB building.

“Several French-owned businesses have sprung up around the French bilingual elementary school – owned by or catering to the French population,” shares Manisha Snoyer of Act French, unique language program that offers offers French theater and tutoring sessions. Other shops capitalizing on French fever include Bonjour New York, where kids can enroll in French & Arts after school classes and summer camp, or and adults can take classes and private lessons, and Idlewild Books, a cute foreign language bookstore in Cobble Hill, that also offers French classes.

Of course, another great tradition – French cuisine – is also well represented in BoCoCa. Restaurants, cafes, and pastry shops, quickly followed the schools and set up their quarters in BoCoCa, attracted by the potential French clientele. Smith Street, the “restaurant road” of Carroll Gardens, hosts a Bastille Day street fair and a pétanque tournament every year. The event is organized by Bar Tabac, a corner bistro that re-creates the atmosphere of French bars and tabac storefronts.

Another mainstay is Provence en Boite, a restaurant and patisserie serving homemade pastries, lunch and dinner. As pioneers in the neighborhood, Leslie and Jean-Jacques Bernat witnessed how it has evolved in the past 6 years: “This is where all the French expatriates come together for lunch or a morning espresso. It’s like a family.”

Bien Cuit, in the same neighborhood, is a bakery that boasts the holy grail of French backed goods: one of the top ten best baguettes in America, according to Bon Appetit!

So BoCoCa has the schools, the expats and the food, but does that make it a French neighborhood? According to Fabrice Jaumont, Education Attache at the Embassy of France in New York, about 3,000 French families live in Brooklyn, but anyone will tell you that you’re just as likely to hear French on the streets of Midtown East or Murray Hill, where French is the most commonly spoken non-English language.

As “Frenchified” as BoCoCa is becoming, it is unlikely that it will ever be as well-defined or close-knit as Little Italy or even Greenpoint’s Polish community. By moving out to a foreign country, and to New York City, what the French look for is more the adventure, differences, and discoveries, and less the need to transplant their French way of life. Whether this is due to similar cultural trends between the US and France, or the fact that French people learn English early in childhood, they seem to feel less drawn to living in a specific neighborhood with their fellow countrymen.

BoCoCa may be useful for homesick “monsieurs” and “madams” as a place to stock up on French cheese and pâté, but they’ll also keep meeting in any other part of the city, treating the whole city as their “Little France.” French restaurants, grocery stores, and shopping brands are ubiquitous all over New York, and for good reason. After all, who doesn’t like to indulge in the pleasures of Occitane en Provence or snack on a good petit café and macaron? 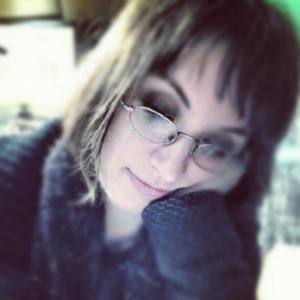